How To Watch VIUTV Online Outside Of Hong Kong [Guide 2022]

Do you want to watch Viutv online outside Hong Kong? Due to geo-restrictions, you will not be able to access the platform unless you use a VPN. With a reliable VPN, like Ivacy VPN, you can unblock Viutv online and eliminate ISP throttling for good! 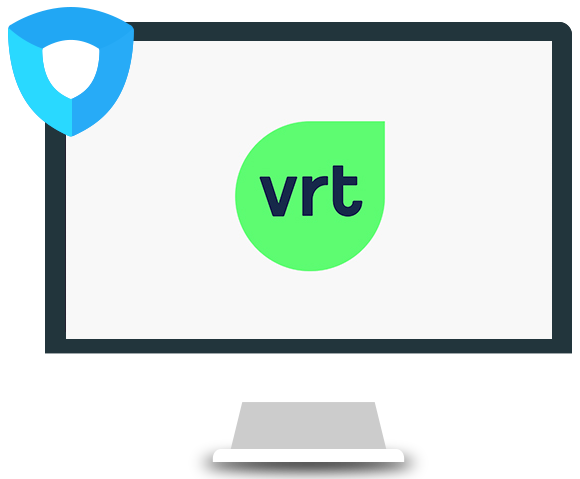 How To Watch VIU Online Outside Of Hong Kong

Open the Ivacy app and connect to a Hong Kong server.

Watch VIU Live stream online from anywhere in the world.

When it comes to setting up Ivacy VPN on your device(s), it is as easy as 1-2-3. Apart from the blazing fast speeds, the entire process of acquiring true internet freedom with impenetrable security is the best in the industry. 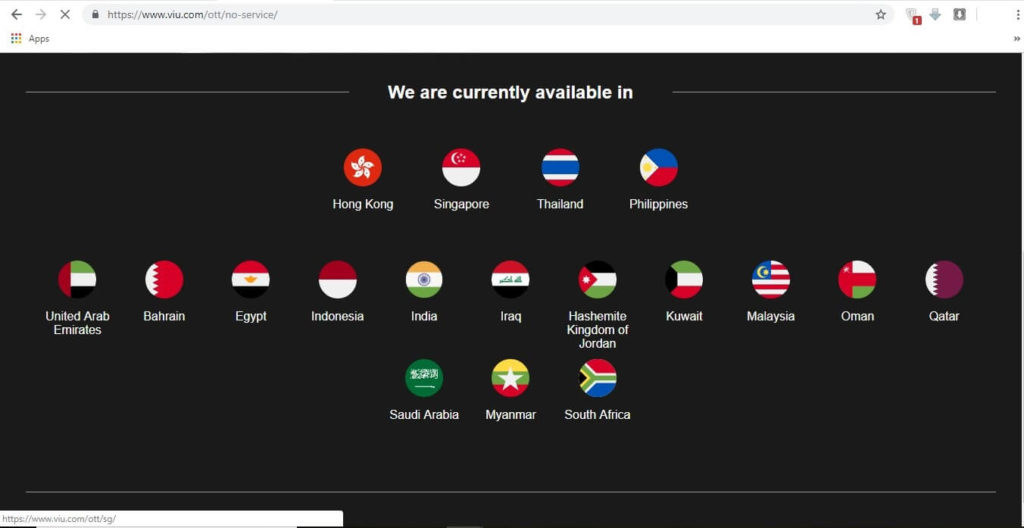 Steps to Watch VIUTV Online from anywhere with Ivacy VPN

Watch VIU Live stream online from anywhere in the world

One of the fast-emerging and exciting streaming services, VIU Korean drama online, allows access to content from various regions where it has partnerships. The streaming service library is growing with every passing day, and considering the low subscription rates, it is a fantastic service to look into.

Steps to Watch Viutv online from anywhere with Ivacy VPN

If you are traveling, you may encounter difficulties, have been recommended content only available on Viutv online, or wish to use the streaming service to look at it. This occurs if you are not from one of the seventeen countries where VIU is offered. With Ivacy VPN, however, accessing Viu tv in the USA takes only three small steps:

If you watch the content available on VIU and have trouble signing in to the app when in a country where it is not available, Ivacy VPN can make it easy for you to gain access and enjoy all your favorite content.

Three things make any VPN the best in the world – speed, security, and affordability. Ivacy VPN aces on all three departments, making it the best VPN to watch Viu tv in the USA.

With Ivacy VPN’s split tunneling technique, you will not only be restricted to viewing foreign content only, but you will be able to switch between local and foreign content without any hassle easily.

If you live in the countries where ViuTV is available, you can easily download the ViuTV app for Android and iOS through the PlayStore and Appstore; but it’s not that simple if you are residing in the US. Then how to watch Viutv in the USA? Don’t worry; we have curated a guide for you to watch Viu tv in the USA

The VIU App provides access to over 40,000 hours of content in total. This includes titles from English, Korean, Hindi, Tamil, etc. Korean shows are pretty popular in different parts of the world, and even audiences in America and Europe watch them using subtitles. With the service, users can scroll to VIU online movies or VIU TV live to switch between the two types of content.

VIU offers access to all top movies and TV shows from different industries, including content from Hollywood and Bollywood (India). Users can watch almost every show available on other platforms. Latest movies like Captain Marvel, Murder Mystery, Avengers, How to Train Your Dragon, etc., are all available for download, along with hit TV shows like Friends, Breaking Bad, and Agents of Shield, to name a few.

Apart from that, ViuTV has a list of the best K-pop dramas in town. Intriguing mythology, melodrama, and social culture are why the dramas on ViuTV are a hit. Not sure what to watch on ViuTV? Check out our handy guide to some of the top Korean dramas available on Viu. Listed below are some of the best dramas to binge-watch on ViuTV after accessing it through Ivacy VPN.

The plot of “Crash Landing on You” revolves around a glamorous business tycoon and heiress, and a North Korean soldier. They fell in love literally when the heiress crashed into the armed borders of North Korea’s armed forces after a paragliding incident.

This is one of the most well-known K-pop shows, with worldwide acclaim following its distribution on Netflix. The show’s plot revolves around hundreds of cash-strapped contestants that accept an invitation to compete with each other in children’s games for an attractive price, but what are their odds of survival are very low.

In the fictitious Jungjin, four Counters (demon hunters) serve noodles during the day and chase bad spirits who possess individuals at night. After losing one of their own, the divine higher-ups choose high-schooler So Mun (Jo Byung-Gyu) as a substitute. The new squad bonds as they demon-hunt, coping with their challenges and backstories while revealing a dark reality about the mayor’s area redevelopment plans.

Lee Dong-Wook plays a 1,000year-old gumiho (nine-tailed fox) who works for the Afterlife Immigration Office to seek down and remove supernatural beings that endanger modern-day humanity. He’s also waiting for his true love, who turns out to be Nam Ji-ah (Jo Bo-ah), an aspiring TV producer on the quest for her parents, who demons have kidnaped.

Ill-tempered Weol-ju (Hwang Jung-eum) is sentenced to settle the grudges of 100,000 souls as a repayment for her sins. But she does not have to do that alone; she has the help of her laidback sidekick Chief Gwi (Choi Won-young), and the innocent Han Kang-bae (Yook Sung-jae), who has the weird power to make anyone confess their deepest feelings with a single touch.

Adopted by an Italian family at the tender age of 8, Park Joo-Hyung (Song Joong-ki). Upon adoption, he was renamed Vincenzo Cassano. He eventually became a lawyer and consigliere for the mafia and right hand for Don Fabio. After the unsuccessful attempt of assassination of Don Fabio through his son, he was hired to flee to Seoul to recover 1.5 tons of gold stashed secretly in the basement of Guemga Plaza, illegally taken over by the Babel Group. The plot revolves around how he worked with Hong Cha-Young (Jeon Yeo-been), an attorney for a rival firm, and the other tenants to fight the Babel Group.

Five doctors, five good friends. The chronicles of Hospital Playlist revolve around the careers, individual lives, and friendships shadowed by deaths, births, and happenings at Yulje Medical Center. Amongst all this, they restart their five-piece band with hilarious results.

Moving into a dingy apartment complex with residents just as messed up as he is, Chaa Hyun-soo (Sang Kang) is responsible for saving the day as they slowly turn into freakish monsters.

Korea’s historical Josean period is affected by a zombie plague, and people are spreading rumors about the king. It’s the responsibility of Crown Prince Lee Chang (Ju Ji-hoon) to save his people and deal with the chaos with the plague spreading quickly.

Besides the VIU TV app, available on Android’s Play Store and Apple’s App Store, people can watch content from the streaming service on their website. The platforms provide access to some exciting content. Suppose you are originally from the regions where the VIU app is available and are traveling or have learned about a drama from Korea, for example. In that case, VIU Korean drama can help you watch it.

VIU is an umbrella brand that encompasses several different services. VIU TV is the original Mandarin television channel that airs entertainment content. It is only available for viewership in Hong Kong or through the VIU TV website. The channel is owned by the parent company, PCCW, which controls the streaming service and its associated applications.

Is Viutv online for free?

According to official sources from the service provider, VIU is free. In all fairness, however, almost 70% of the content is available to freemium members. Yes, they can continue using their subscription for as long as they like without facing any trouble except advertisements playing between videos. The main difference between both versions of VIU video is that the free service plays intermittent ads during a video, much like Facebook and YouTube, while the paid service doesn’t.

The premium members of the service have unlimited access to HD content. You can watch Korean drama online for free, along with the ability to download the shows at any time. VIU also features content from other countries where it is available, like VIU TV India. The free users also have access to the enormous library at VIU’s disposal, but they have to deal with ad interruptions during shows.

Where is VIU available?

The VIU Korean drama app is available for download in Hong Kong, Singapore, Malaysia, Indonesia, Thailand, Philippines, Saudi Arabia, Oman, Kuwait, Qatar, India, Egypt, Myanmar, Kuwait, Jordan, South Africa, and Iraq. The content available under the ‘Viu Original’ banner also comes with subtitles in foreign languages, so you can enjoy it no matter which country you belong to.

Although a VPN works by creating a mask around the user’s IP address accessing the internet, the same IP address may be multiple users. This might show VIU that a VPN is in use, but this is something that the servers tend to ignore. The reason behind this is simple. The VIU app assumes that the same user is logging in multiple times, so it approves access for the matching IP addresses.

VIU will have no idea which country you are initially trying to access the content from. It will only detect the country from where the IP address is coming. This means that you don’t have to worry about any content restrictions. So, even though the VPN might be detected, access is granted because it comes from a country on the authorized list.

How much does a ViuTV online subscription cost?

The subscription costs can differ based on the company you are signing up for. For example, in Singapore, the price is S$ 5.98, about 4.4 USD. In India, the costs are around 99 Indian Rupees for two months. That translates to only about 1.42 USD. Similarly, the prices can differ based on the partnerships with local telecom service providers which VIUTV online has in a specific country.