Star Sports live streaming should no longer be a dream reserved for just Indian sports fanatics, as fans worldwide can use Ivacy VPN to unlock the platform and watch Star Sport live on any device. 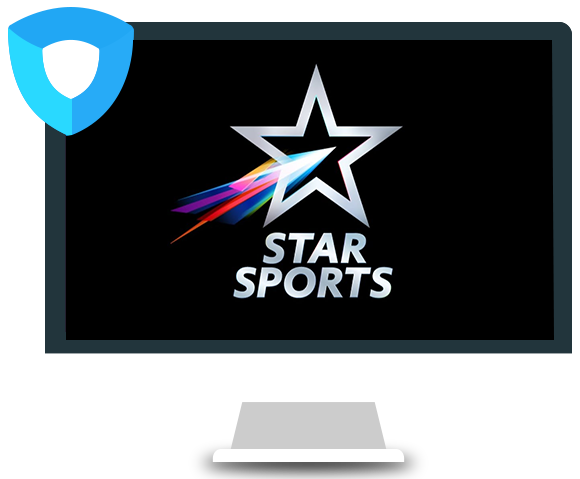 One of the most popular games covered by the Channel is Cricket. Talking about Starsports live cricket match, the channel lets its audience enjoy all major events like Asia Cup, World Cup and even the T20 cup.

Back in 2012, when Star India acquired ESPN International’s share in ESPN Star Sports Live, no one could have predicted that the regionalization of Asia’s leading sports channel would be a success of such mammoth proportions. Many things are absolutely remarkable about the Indian sports channel, Star Sports live streaming. Still, the biggest feather in its cap is the official broadcaster for almost all major sporting events, including Cricket, Football, and even Formula One, across Asia. It is also the official broadcast partner of the Indian Cricket Board in India and hence televises the Indian Premier League.

Boasting more than 8 channels, the Star Sports network now streams live in HD quality and in English, Hindi, Tamil, etc. If you’re not already a fan of Star Sports 1 live streaming, you will become one as soon as you start to watch Star Sport Live owing to its HD quality streaming across almost all its channels. However, getting access to Star Sports may be difficult outside India as the channel restricts itself geologically, catering to a purely Indian and Asian audience. Its geo-locking feature restricts live streaming in any region outside India and Asia.

Because Indians constitute the largest overseas diaspora outside their native country, it comes as no surprise that almost all sports enthusiasts ­NRIs would want to stream Star Sports Live wherever they are in the world.

Most channels and streaming services only stream in some geographical regions; for example, Netflix restricts content based on users’ location. This practice is called ‘geo-blocking’ and is done due to a variety of reasons for example, licensing, security, copyright, etc.

If you are, say, in Italy, and want to access a Hulu streaming layout, the next display you will see on the screen after you hit enter, is an error message saying ‘The content you are trying to view is not available in your region’. Annoying, isn’t it?

But you still want to watch Star Sports Live Streaming in your dorm in the USA, don’t you?

If you haven’t managed to find a way to stream Star Sports Live from USA or anywhere else in the world , here’s an easy, effortless solution for you: subscribe to an Ivacy VPN account!

Not only will Ivacy VPN allow you to watch star sports live streaming free from any part of the world, but it will also let you unblock any sites blocked in your country of residence.

Here’s how to enjoy Star Sports live streaming in the USA or anywhere in the world:

Star Sports is just one of the millions of blocked sites outside certain regions. This is called geo-blocking, and it can happen for a variety of reasons, such as legal or political issues, censorship issues, and in the case of Star Sport live streaming, exclusivity.

Even though geo-blocking is done for logical and valid reasons, sometimes, these reasons can get in the way of work, academics, business, and even just harmless entertainment, like being able to watch Star Sport live.

This is why it’s important to find ways around it, not just so you can stream Star Sports live cricket match, but also because to be at your most productive, you need the internet at your fingertips—geo-blocked sites included!

With a VPN (Virtual Private Network), you will be able to enter the Star Sports streaming site without no issues, as long as the brand you choose has servers in India. Geo-locking is not personal: it recognizes IP addresses, and it needs an Indian one to show its best features.

Why You Need a VPN for Star Sports in the USA?

Are you tired of pausing your stream every few minutes while your internet connection re-establishes and missing some of the most critical scenes? Happens to the best of us, but boy, does it suck to miss sixers and goals by your favorite players.

Not anymore, though! Ivacy VPN lets you unblock blocked sites, letting you stream Star Sports 1 live streaming outside India, it also lets you finally break the jinx of bandwidth choking and lets you make the most of star sports live streaming free at high internet speeds.

Ivacy VPN does this by masking your IP address and replacing it with a pseudo-IP address of the selected server, letting you escape the prying eyes of your local ISP. This leaves you to enjoy a fast, stable, and smooth internet connection, even at the busiest times of the week and even when you’ve downloaded and uploaded the heaviest of files while streaming your favorite sports event on Star Sports Live streaming free.

Why is Ivacy VPN the best option to watch Star Sport live?

Apart from allowing you to unblock the channel and stream Star Sport 1 live from wherever you want, Ivacy VPN also offers many additional features. These include split-tunneling, an internet kill switch, DDOS and malware protection to keep your device and browsing safe, and up to 256-bit military-grade encryption to ensure hackers can’t access your data. Ivacy VPN is fast, but it is also secure and ensures user privacy through various tools and features.

Apart from these features and the additional ease of use, Ivacy VPN also has dedicated apps for other platforms like Kodi, Android TV, iOS, macOS, Roku, and FireStick.

Top Sports and Live events to watch on Star Sports

The Star Sport network has more than 15 channels that broadcast so many sporting events of uncountable sports globally that it is almost impossible to keep up. It broadcasts sporting events of Cricket, Football, Formula One, Kabaddi, Golf, Tennis, and many more in English and Hindi. It also streams other sporting events like Hockey, Mixed Martial Arts, and various entertainment shows.

If you have questions about Star Sports live streaming and aren’t sure who to ask, scroll down and go through our list of FAQs. But if you still have more questions, feel free to reach out to us.

As explained above, Star Sports Live is a geo-blocked channel and is only available in India and Asia. If you reside anywhere else in the world, you will need an Ivacy VPN to cloak your IP address and connect to a server in India to stream. After you hit ‘Connect’, log in to the Star Sports Live streaming app and lo and behold, you can now watch your favorite content with ease.

You might have to pay a nominal subscription fee if you stream Star Sports on platforms like Hotstar. But if you are streaming it online, it is free to watch.

We all know how iOS users love their Apple TVs. The Star Sports Live Stream app will be available in the Sports menu of Apple TV, after you connect to a VPN server via Ivacy VPN.

Star Sports live streaming should no longer be a dream reserved for just Indian sports fanatics, as fans worldwide can use Ivacy VPN to unlock the platform and watch Star Sport live on any device. So what are you waiting for? Download the Ivacy app and start watching your favorite sports event right now. Happy Streaming, Folks!