How To Watch RCN TV Online live Outside Of USA

RCN Online streaming is a fantastic service from RCN corporation or the Astound Broadband. But if you are a frequent traveler or reside outside the US, you will need a VPN to access it due to RCN’s geo-blocking. Ivacy VPN gives you full access on RCN streaming. 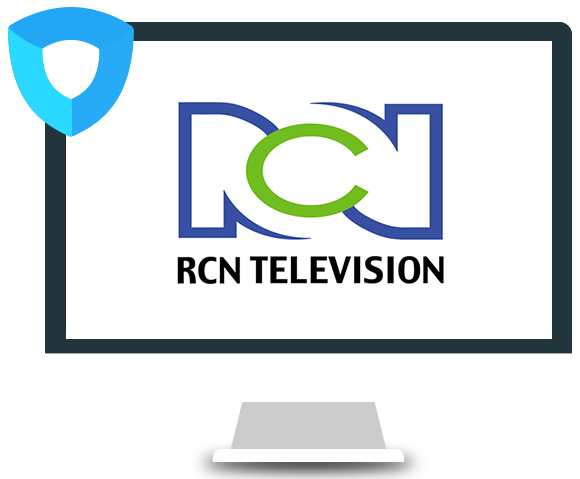 How to watch RCN TV Live with Ivacy VPN

Ivacy allows users to connect to a US server, effectively masking their original IP address in three easy steps, allowing you to watch your favorite channels through RCN TV streaming.

Watch RCN Live from anywhere in the world.

RCN TV streaming is a service offered by the RCN Corporation. The company provides internet, cable, and telephone services to Boston, Chicago, Washington DC, Lehigh Valley, New York City, and Philadelphia. The company was established in 1993 and acquired by a private equity firm called TPG in 2016. By 2018, the company had merged with Wave Broadband and Grande Communications to form one of the largest cable service providers in the United States.

RCN is headquartered in Princeton, New Jersey, and provides services to more than 4 million people in the states they serve. RCN TV streaming is one of the premier offerings of the company. Users can subscribe to the service by purchasing one of several bundles available. In turn, there are various streaming channels that you can pick from. All it takes then is to download the respective app on your device, and you can watch RCN online.

RCN TV online is a source of attraction for live stream users worldwide due to its fantastic service. The online platform allows users to watch live cable TV and a massive collection of popular movies, On Demand TV shows, and recorded digital DVR on their mobiles and PCs, just like your TV.

The supported devices include Android smartphones, laptops, desktops, iPhones, and Mac. But the Stream TV application needs to be downloaded on each of these devices to live stream RCN TV. The application “Stream TV” is available to download from AppStore, PlayStore, and Microsoft Store. But since the platform is geo-blocked, it is restricted for users outside the US. You can still watch RCN TV online, but you will need a VPN. Without a VPN, a user’s IP address can be easily traced by the RCN TV server. Knowing the location, if it is anywhere other than the US, access to the IP address is blocked.

But if you are connected to a VPN server in the US and then use the Stream TV application or online website, you will be allowed access to the platform. This is because a VPN hides your original IP address and replaces it with an IP address from the US, thereby giving you access.

So, if you are based anywhere outside the US, go to your devices’ App Store, Download the Ivacy VPN application, and sign up for a plan based on your requirements. You will receive the your login credentials via email after subscribing. Login to your Ivacy VPN account and connect to a US server. Now you can access the Stream TV online website and application. Use your RCN account credentials to log in and start streaming your favorite RCN content.

A subscription for RCN services comes with a selection of channels. These are provided through a host of streaming platforms that RCN TV online has access to. Once the subscription has been purchased, users can either download the app for the channel directly or download a streaming channel that allows access to multiple channels. As long as RCN recognizes it, you can view it too.

Some of the streaming channels which RCN provides access to include:

The library of channels that are available to users in extensive. You can either opt for a streaming service or download apps from individual channels. The number of channels which you can watch depends on the package which you have purchased. RCN TV live to give you the ability to watch almost every channel from sports to entertainment, news to kids and everything in between.

With RCN TV live, users can pick from various bundles. The packages start at $19.99 a month and include Digital TV, internet, and a telephone connection if you opt for it. Depending on what services are included in a bundle, the prices can go up to $79.99 a month. This high-end package offers internet speeds that rise to 1000 Mbps while accessing 283+ channels. There are many packages with varying costs in between too.

Does RCN have on-demand?

RCN On Demand has a lot of great options available including TV episodes, kids programming and much more available instantly.

RCN TV live streaming has its own apps available for PC, mobile devices, and gaming consoles. Users can also download apps for the channel they wish to watch. The RCN username and password are required to sign in to each app. One important thing to bear in mind is that while you are watching the content on the go, there are chances that you will consume mobile data if a Wi-Fi connection is not available. You can also buy internet plans from RCN for amazing speeds and optimized performance of RCN servers.

How RCN is Rebrand to Astound Broadband

RCN, or the Residential Communication Network, was founded in 1993. Since then, it has provided users with Cable TV, internet, and telephone services. The company captured a big market. Until 2013, around 4 million users around various essential cities in the US, including Chicago, Boston, and Allentown, have been using RCN services. Since its launch, the company has gone through multiple ups and downs and is owned by different groups. It bought numerous companies, made many partners, and went bankrupt once, too, in 2004.

How to see RCN Streaming live on mobile devices

Though Live RCN streaming can be accessed through your internet browser by directly going to the website RCN online, downloading the application makes it easier to navigate. RCN mobile application is available for Android devices and iPhones as long as the user is inside the US. If not, then searching for the Stream TV app on app stores of both phones would give no result. There is a solution for this too.

For Android phones, location can be easily changed under the Play Store settings. While in the App Store for iPhones, a US-registered account needs to be logged in to find and download the Stream TV application.

After downloading the application, international users need to connect to Ivacy VPN, any server within the US. That is how you will get access to use the application. Open the application while connected to a US VPN server, log in with your RCN account, and stream your favorite channels, TV shows, and movies seamlessly.

The process is more straightforward for local users as they do not need to connect to VPN and can directly use the application for RCN streaming.

RCN TV live streaming is a fantastic service from RCN corporation or the Astound Broadband. But if you are a frequent traveler or reside outside the US, you will need a VPN to access it due to RCN’s geo-blocking. Ivacy VPN gives you full access to the Live RCN streaming, allowing you to take full advantage of what you have paid for. With Ivacy VPN, you have the speeds, bandwidth, and security features needed to watch the content you like with ease.