Watch DR1 Live Online Outside Of Denmark in 2022

DR1 follows the same policy of enforcing licensing restrictions and geographic limitations, making it unavailable outside of Denmark. However, here is how you can watch DR1 live online from outside Denmark. 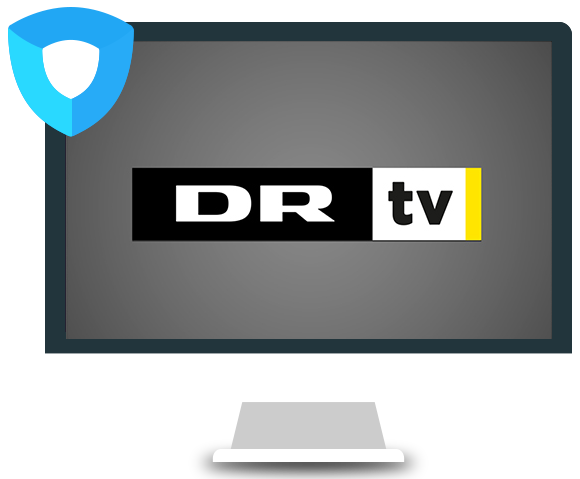 How To Watch DR1 Live Online Outside Of Denmark

Here is how you can watch DR1 live outside Denmark easily in a few steps:

Open the Ivacy app and connect to Denmark server.

Watch DR1 Live online from anywhere in the world.

DR1 Live is one of the first channels that got introduced in Denmark but has come a long way, since. The channel airs exclusive entertainment content from not just Denmark but the US and UK, while also featuring some of its own productions popular among the local audiences.

DR1 will be celebrating its 68th birthday on October 2nd, 2019. The channel was launched back in 1951. Then, the only transmission was for an hour. This program aired just three days a week. From that to the flagship channel that it is today. The transmission witnessed their first upgrade between 1970 and 1978 when their programs migrated to color TV. The channel now transmits in 720p HD.

When introduced, the channel was called Statsradiofonien TV. This changed in 1959 and DR1 was coined in 1996. The channel holds a 24.7% audience share in the local market which is substantial considering that of the other broadcasters. The channel has six sister channels which also air other types of content for various viewers around the country.

DR1 Live TV is a channel which mainly focuses on entertainment. With movies and TV shows making up the bulk of the transmissions, it is one of Denmark’s most appreciated channels. The channel does have its own news show too called TV Avisen. They have their own production house which produces exciting shows for the viewers of the channel.

The channel also features content from other countries like the United States of America, Australia and the United Kingdom. These movies and TV shows are in their original language but subtitles are readily available. A couple of English shows available on DR1 live TV include Unit One which aired from 2000 to 2004 and The Killing which ran between 2007 and 2012.

All these shows are available through the DR1 online website. The channels more famous productions are in the Danish language. According to the online platform, some of the most seen shows include When Men Kill Women, Zero Stars, Invisible Heart, Guest and Horse and Master Cabinets etc. These shows will only be available though if you are living within the country.

One of the great things about DR1 live stream is that some of its content is children restricted. In order to protect the young minds from shows, they shouldn’t see. Psychological analysis has shown the disastrous impacts which violence or other types of content can have on a child’s mind. This can also go on to shape their personalities which reflects dangerously in the future.

Two of the channels associated with DR1 are Ramasjang and Ultra. Both of these featured content that specifically targets children aged between 7 to 12 years. Originally the idea was to feature children’s shows along with history-related content on the channel. The idea of the history channel was later discarded and the channel remains purely for children content now.

The channel has some interesting shows for children including cartoons, singing contests, and several other relevant contents. The channel also features a child lock which makes sure that kids can’t go anywhere else even when they are left unattended. A child lock prevents children from viewing other types of content that may be harmful to them.

DR1 live stream was known simply as Danmarks Radio TV between 1959 and 1964. The channel still operates a number of Radio channels all of which broadcast different types of content. The children show are also available on radio frequencies under the same names as those of the television channels. Radio listeners have drastically dropped over the past decade but companies continue to run these services for the niche target that there is.

The Danish channel launched the HbbTV service in 2014. This is an online streaming medium for users who prefer to watch the content from DR1 live TV while connected to the internet. The channel offers support for almost every device where entertainment content can be viewed. All iOS devices including the iPad and Mac support DR1 live stream. Android and Windows support is also available for people who have these devices.

Since DR1 live is not available for viewership anywhere except Denmark, users have to sign up for a VPN service if they are looking to watch shows from the channel. A question that arises in the wake of this is that will the servers of the website be able to detect that a person is using a VPN? This is a valid question because geolocation services have gotten sophisticated over the years.

DR1 online, like every other channel with restricted viewership, can only tell that the same IP address is being used to access the website again and again since every user connected to the same server on a VPN has IP addresses which match. However, the server ignores this thinking that one user might be trying to access the website multiple times.

So, even though the website can tell that some service is being used, it can’t tell what it is. More importantly, the real location of a user still remains hidden from the website.

DR1 is a channel which has a considerable audience not just in the country but in other parts of the world too where Danish people reside. The channel’s geo-restriction limits the viewership that DR1 live offers though. As a result, if a person is traveling or out of the country for any reason whatsoever, they don’t have access to their favorite content. With the use of Ivacy VPN, this is not a problem anymore.

Ivacy has top of the line features coupled with amazing customer support. The affordable packages make it a sensible choice when you are looking to block any content from local to international. Even the biggest streaming services and channels restrict their content but Ivacy can help you eliminate these barriers easily.