Rai TV is a national broadcasting network operating out of Italy. The channel offers on-demand and live streaming for its 12 channels. Here, you will learn how to watch Rai Play despite facing geo-restrictions. 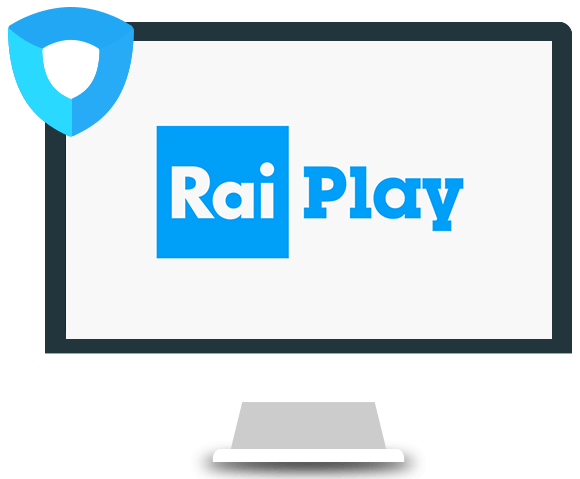 How To Watch RaiPlay Online Live Outside Italy

You can watch Rai Play online live outside Italy in three easy steps:

Open the Ivacy app and connect to an Italy server.

Watch Rai Play Live from anywhere in the world.

Rai TV is Italy’s national television network, with live and on-demand streaming of all 12 stations. Have you been a fan of Rai TV’s great content but not sure how to watch Rai TV in the USA? Here’s a detailed guide to watching Rai Play outside of Italy.

You can watch Rai Play online live outside Italy in three easy steps:

Open the Ivacy VPN app and connect to an Italian VPN server.

Watch Rai Play Live from anywhere in the world.

Easy Solution: You can use a VPN to unblock Rai Streaming USA

Geo blocks, such as those you see when trying to stream from RaiPlay, are commonplace and cause little concern. They should, however, not prevent RaiTV material from being streamed outside of Italy.

A VPN is the most convenient way to get around RaiPlay’s location limitations. A VPN, or virtual private network, encrypts all internet data on a device and sends it via an intermediate server in a location of the user’s choosing.

In this situation, you would connect to an Italian VPN server, which would provide you with an Italian IP address. Here we explain how to do so with the aid of a VPN and which VPN is appropriate for this purpose.

What is a VPN, and how can it unblock RaiPlay online?

A VPN service allows you to use an additional number of servers to anonymize your IP address, which is replaced with another. The results? Your location has been updated!

Once you’ve successfully created a VPN connection, you’ll be able to readily access services that are prohibited due to your geographic location. However, you should be aware that not all VPNs can keep their word and provide you with the same functionality across the board.

How to Watch Rai TV online with the help of a VPN?

For beginners, here’s a brief introduction to setting up a VPN and using it with Rai TV online. The steps outlined here may be used to set up a VPN and watch RaiPlay on your smartphone, tablet, or computer.

You may use a VPN to watch RaiPlay online by following these steps:

After successfully connecting, all you have to do is open RaiPlay on your browser and start watching TV shows, movies, documentaries, and other content in Italian.

What makes Ivacy VPN the best for RaiPlay online?

There are hundreds of VPNs available for use on the internet, but not all are adequate. You must choose the best VPN according to the following criteria:

Ivacy manages a large network of over 1000 servers in over 100 countries, including Italy, and offers iOS, Android, and Linux apps. Each of its servers is tuned for maximum speed and performance. Its customers have no trouble watching their favorite Italian shows from RaiPlay in HD, making it an excellent option for streaming Raiplay online.

RAI streaming USA is Italy’s leading public broadcaster and has been a significant operator of the country’s radio and television stations for over a century. This radio veteran just moved to the internet and launched RaiPlay, an on-demand streaming service. You may find a wide choice of original and syndicated programming from Rai’s TV series and other entertainment inventory.

RaiPlay is free to download and use for live streaming on various platforms, including Chrome, Firefox, Safari, Internet Explorer, iOS, Android, and Windows Mobile. Many people like it since it provides the greatest Italian material to a large audience.

Some of the best Rai TV shows based on popularity are:

The series’ protagonist is Father Matteo (Terence Hill), a Catholic priest in the parish of Gubbio, Perugia, who is also recognized for his unrivaled aptitude in researching local crime tales. Father Matteo is an intelligent and respected guy who truly understands people’s concerns and is always eager to assist. Because of his charisma and positivity, he frequently helps criminals on their path to redemption, and he always persuades them to confess their misdeeds and accept their responsibilities.

The story centers mainly around the titular Matteo, a Catholic priest with a keen understanding of human nature who assists the Carabinieri, the national as opposed to local police force officers, in solving murders (usually murder cases).

The Inspector Montalbano (Italian: Il commissario Montalbano [il kommisˈsaːrjo montalˈbaːno]) television series are Italian police procedural stories. Based on Andrea Camilleri’s detective novels are located in the imaginary town of Vigàta, Sicily, which is based on Camilleri’s native Porto Empedocle. The series star Salvo Montalbano as the police chief or commissario.

RAI streaming produced and transmitted Inspector Montalbano to critical acclaim. It first aired on Rai 2, and from the fourth season, on Rai 1. The series has been shown in over 65 countries, including the United Kingdom on BBC Four, the United States on MHz Worldview, and Australia on SBS. The series spawned a spin-off, The Young Montalbano, in 2012.

Inspector Salvo Montalbano is the commanding officer of the state police station in Vigàta, a fictitious town in the fictional province of Montelusa in Sicily, Southern Italy. Montalbano investigates criminal acts, which he always manages to solve via reconstruction with the help of his team, which consists of his deputy, Domenico ‘Mim’ Augello, Giuseppe Fazio, Galluzzo, and Agatino Catarella. Salvo’s long-distance relationship with Livia Burlando is tumultuous.

This Italian drama is set in the mid-1970s. It follows Dario Maltese, a police commissioner who goes to his birthplace in Sicily to attend the wedding of his boyhood buddy, who is now the local police commissioner. Maltese hasn’t been there long since his buddy and fiancée are assassinated. He wants a transfer so that he may investigate the murder of his friend.

Authorities quickly trace his murder to an unknown lady he was seen with; Maltese is positive it was not a crime of passion; however, he believes it has all the characteristics of a mafia hit. He and a few trustworthy police officers began looking deeper and discovered linkages between local government officials and organized crime. It won’t be easy to prove; they are dangerous people prepared to kill anyone who betrays them or tries to expose them.

The Name of the Rose

This drama, set in the 13th century Italy, follows the story of a French monk who travels to a lonely monastery in the Alps, only to learn that there have been multiple unsolved killings at the abbey. He must now work to uncover the enigma of these killings.

1327, Northern Italy. The Franciscan friar William of Baskerville (Guglielmo da Baskerville), accompanied by the young novice Adso of Melk, travels to an isolated Benedictine monastery to participate in a debate between representatives of the Franciscan Order and the Avignon pope over the evangelical counsel of poverty. When the two arrive at the abbey, they become entangled in strange deaths.

Medici (I Medici) is a historical drama written and directed by Frank Spotnitz and Nicholas Meyer. Lux Vide and Rai Fiction, in cooperation with Frank Spotnitz’s Big Light Productions, created the series.

The series debuted on Rai 1 in Italy on October 18, 2016. During Renaissance Florence, the story follows the Medici family, financiers to the Pope. Each season explores the political and cultural environment of Renaissance Italy via the events of a certain period in the family’s history.

The first season, Medici: Masters of Florence, was set in 1429, when Giovanni de’ Medici, the family’s patriarch, died. His son Cosimo de’ Medici replaces him as head of the family bank, Europe’s largest at the time, and strives to maintain his authority in Florence. The second season, Medici: The Magnificent, is set 35 years later and follows Cosimo’s grandson Lorenzo de’ Medici (known as the Magnificent). A third, which concludes Lorenzo’s journey, debuted on Rai 1 in Italy on December 2, 2019.

The sitcom attracted between four and eight million viewers during its initial run. According to the Italian rating company Auditel, the first episode drew 8.04 million viewers.

“The Ladies’ Paradise,” based on the same Emile Zola novel that inspired the Victorian-era BBC series “The Paradise,” follows Teresa Iorio, a young woman who leaves her remote Sicilian birthplace for Milan. Teresa gets employment–and so much more–at a freshly established department store.

The period drama “The Ladies’ Paradise,” inspired by Italy’s history and partially based on Emile Zola’s Au bonheur des dames, depicts the creation of a huge clothes store in the heart of Milan. Il Paradiso Della Signore was founded with the ambition to achieve something never done before: to offer incredible apparel, beauty, and elegance within everyone’s reach. Mass manufacturing became a means of participating in international trade by utilizing Italy’s expertise and ingenuity. The groundbreaking The Paradiso Della Signore became synonymous with beauty and modernism.

Are you a great admirer of Rai TV, Italy’s national television company? You may use Ivacy VPN to access this service from anywhere globally! Geo-restrictions will not stop you. It is not difficult to watch Rai TV outside of Italy. All it requires is a reliable VPN provider that enables streaming. Once completed, you may be confident that you will not miss viewing your favorite movie, sports, or other media, no matter where you are.

We’re confident that if you carefully follow our instructions, you won’t have any problem unblocking RaiPlay at your location. However, if you have any questions, please leave a remark.

Is it possible to enable English subtitles on Rai TV?

RaiPlay, an on-demand Rai streaming service does not provide subtitles in any language. However, you may change the video speed from Veloce (quick) to lento (slow) (slow). This option makes the site ideal for students of all levels working on their listening abilities.

Is it necessary to pay for RaiPlay?

To view on-demand material on RaiPlay, a free login and registration are necessary. Initially, access was only necessary for the app, but as of August 21, 2017, it is also required for browser use.

Is RAI available on Firestick?

Connect your Amazon Firestick to your TV and then select “Settings.” Sign out or deregister your account, then sign back in. Download the RaiTV (RaiPlay) and VPN apps from the App Store. However, if you reside outside of Italy, you must ensure that your VPN supports Firestick to watch Rai on Firestick.

Can I watch Rai TV online?

Rai TV, Italy’s national broadcaster, just launched RaiPlay, an on-demand streaming service that allows users to watch all 14 stations on Rai TV. However, if you want to watch Rai TV outside of Italy, you must install a reputable VPN, such as Ivacy VPN, to view your favorite episodes without interruption.

What does a VPN not protect you from?

It’s vital to realize that VPNs aren’t the same as full-fledged anti-virus software. They will protect your IP address and encrypt your internet activity, but that is all they can do. If you visit phishing websites or download compromised files, they will not protect you.

Is it worthwhile to have a VPN at home?

VPN is always suggested, especially when working with sensitive data. It would be best to leave it on the majority of the time to protect yourself against hackers, data breaches, leaks, and unwanted snoopers like ISPs or ads. VPNs encrypt your traffic and shield your privacy from prying eyes and cybercriminals.