NRK TV Live is only available in Norway, so you will not be able to access it anywhere else. Due to geo-restrictions, your only option is to use a VPN. Here, you will learn about how to watch NRK TV online via a VPN 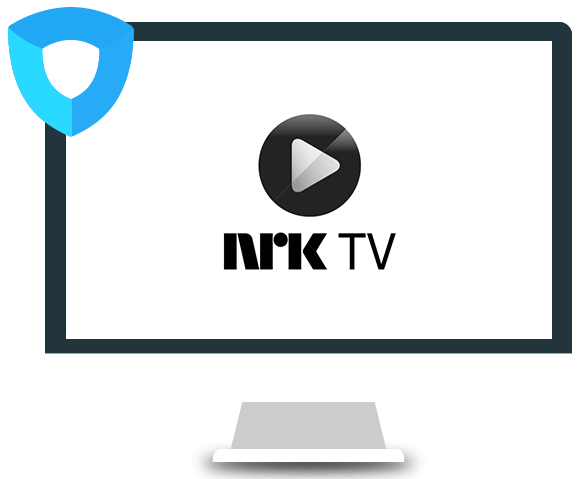 How to watch NRK online outside Norway with a VPN

You can watch NRK online outside of Norway in three incredibly easy steps:

Open the Ivacy app and connect to Norway server.

Watch NRK Online from anywhere in the world.

The Norwegian government-owned television and radio broadcasting company is one of the biggest in the country. Its growth has to do with the fact that it strived while all other TV channels were banned between 1960 and 1992. With three national TV channels and three radio channels, it is no surprise that NRK has found its way as a founding member of the European Broadcasting Union.

NRK is the leading broadcasting corporation in Norway, but unfortunately, it is only available in Norway. So you can’t watch NRT TV online if you are accessing it from outside Norway, even if you are a Norwegian. Any device visiting the NRT TV website is blocked because it detects the IP address is from another country.

There are a couple of ways to get around this to stream NRK TV live. One of the ways is by using a Smart DNS. Using Smart DNS, you can unblock the geo-restrictions placed by NRK. This service uses specialized proxy servers to unblock the NRK TV live, so you would need to be tech-savvy to figure your way around. Furthermore, it is worth noting that Smart DNS won’t give you any privacy or anonymity. This means your ISP can still track your online activity. For this reason and many others, using a VPN is a viable option.

A VPN allows you to watch NRK online from anywhere and gives you the level of security and privacy so that you do not have to worry about your data being exploited by hackers or your government. So stick around as we will guide you on how to get the most out of VPN and which is the best VPN service provider so you can watch NRK TV online.

How To Watch NRK Online Outside Norway with a VPN?

The geo-restrictions placed by Norway is such that it prohibits the streaming of NRT TV online outside of Norway’s border. You’ll need a Norwegian IP address to watch NRK TV online and other content. You’ll need to install a VPN to get an IP address from Norway since we want to access NRK TV, and it is only available inside Norway. A VPN creates a virtual IP address that allows you to unblock services by changing the location to any chosen location. Here are some tips to consider regarding how to access NRK TV live using Ivacy VPN:

Ivacy VPN is exactly what you need to access any and all content, including watching NRK online. It gives you access to 5700+ servers from 100+ locations, that too without any bandwidth restrictions. This means you can stream to your heart’s content. If that is not enough, features like Internet Kill Switch and Military Grade Encryption ensure you are safe and secure online. Never again will you have to worry about being compromised just because you unblocked NRK.

Why Is NRK Blocked Outside Norway?

It is not a random occurrence for NRK to be blocked outside Norway, but it has to do with the contracts signed by a streaming service with movie and TV producers. Most movie and TV producers want to keep their content locally so that viewers abroad can’t access it. They charge additionally for streaming services to be able to provide their content abroad.

TV and movie studios can make a considerable amount of money by taking this route. With licensing agreeements, TV and movie studios can increase their profits by leaps and bounds. If not for this, the only other reason why content is blocked has to do with restrictions imposed by governments. Some governments want to restrict the kind of content their citizens have access to, which is reason enough for them to block content.

The best way to counter this is to use a VPN service provider. VPN will let you access the content you want without any complications, so you can stream NRK TV live.

Why Do People Want To Watch NRK?

You may ask why people would want to watch NRK online when there are so many other streaming services. The majority of the content available on NRK TV is only limited to Norway, so you can’t watch it anywhere else, but it has content worth checking out. NRK TV provides tons of content that you can stream. NRK TV broadcasts following the channels:

NRK1 broadcasts the local production and content from countries such as Australia, the UK, and the US with Norwegian subtitles.

NRK2 broadcasts a wide range of content such as news, cultural programs, documentaries, TV shows, and much more.

NRK Super is a kid’s oriented channel. It broadcasts local production for kids as well as foreign animated content, which is dubbed in Norwegian.

Why Use Ivacy VPN To Watch NRK Online?

Ivacy VPN gives you online privacy and anonymity, whether you wish to avoid geo-blocking or just overcome restrictions imposed by your workplace or school.

All your internet traffic is redirected through a remote server when you use Ivacy VPN. With this method, your original IP address is hidden, but the IP address of the server you’re connected to is visible.

Anyone eavesdropping on you over the internet will view you as the server you’re connecting to, making your connection secure and private. This increases security while also ensuring that you can access the website at any time, even if it is restricted. Here is why you should choose Ivacy VPN:

Fast connection connections are required while streaming NRK TV live to get low latency and good streaming quality. Ivacy VPN bandwidth speeds are fast enough to accommodate high-quality broadcasts of your favorite movies or TV shows on the NRK TV live. There are no data ceilings or bandwidth restrictions while using the Ivacy VPN.

When watching NRK online, it’s critical to use a VPN to safeguard your online anonymity and privacy effectively. Ivacy VPN protects your connection with up to 256-bit AES military-grade encryption, the finest security available to protect you from any cyber-attacks. You’ll also be covered by an automated kill switch which will disconnect your device from the internet once your connection becomes unstable, so your real IP address won’t be revealed.

Chrome and Firefox extensions are available if you want to utilize a browser extension. If you want to secure your devices via your router, Ivacy VPN is compatible with many manufacturers and models.

Ivacy VPN supports over 5700+ servers in 100+ locations. So whether you stream NRK TV live or any other service, Ivacy VPN gives you a wide range of servers.

How To Watch NRK TV Online On Any Device