How To Watch Match TV Live Outside Of Russia 2022

Match TV is one of Russia’s most-watched sports channels and holds the broadcasting rights for almost every major sporting event in the world. Here's how you can watch Match TV live streaming online using Ivacy VPN in 3 simple steps. 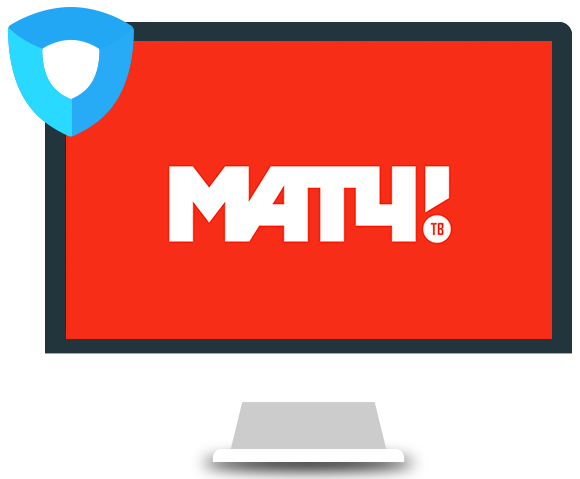 How to Watch Match TV RU Online with Ivacy

Here is how you can unblock and enjoy Match TV Russia Online from anywhere in the world:

Open the Ivacy app and connect to a Russian server.

Watch Match TV Live from anywhere in the world.

Матч ТВ, known in English as Match TV, is the public sports broadcaster from Russia. It was launched when directives were issued by the President of Russia, Vladimir Putin. The channel is owned by Gazprom-Media Holding. It still has a controlling interest in the broadcaster. The transmissions began in November 2015. The channel first replaced Russia-2 on its frequency but now has its own broadcast airwave.

The popularity of the channel has grown tremendously as it is one of the few channels dedicated to sports broadcasting. The sports enthusiasts are passionate about some of the programs which are presented on Match TV Live online featuring commentaries, discussions, and highlights. These shows are beside the normally scheduled airing of sporting events around the world.

When it was launched in 2015, Match TV Russia Online was the only sports-centered broadcasting channel. The platform is by no means a small or insignificant because it has official broadcasting rights from almost every major sporting activity which happens around the globe. These rights are renewed every single year and for every season as it happens with soccer leagues worldwide.

Match TV Russia online partners with some of the most popular and widely televised tournaments including the Champions League, FIFA World Cup, Europa League, Davis Cup, Russian Premier League, Formula 1, Serie A, Euroleague and Ligue 1 among many others. These are just a few mainstream tournaments and events but Match TV Russia live features a lot more than these.

Match TV Online Live offers a prime subscription-based service that covers the Russian Premier League primarily and all other soccer programs which happen across the country. The website of Match TV offers exclusive news about every sports event happening anywhere around the world but Match Prime is a service that began with a focus on promoting local football tournaments.

The Russian Premier League is one of the most popular sporting events in the country. It has an enormous fan base towards whom this Prime service is targeted. Right now Match TV Prime offers two subscriptions, one for 30 days and the other for a year. The monthly package is worth 229 Russian Rubles whereas the yearly subscription costs 2290 Rubles.

The Match TV online website states some of the benefits which members can avail when they sign up for the service. The content is not limited to the Russian Premier League but any soccer event involving Russian clubs or the national team is premiered on the channel. Not just that, the channel also provides coverage for some of the leading football leagues happening around the globe like Bundesliga and the Spanish La Liga. Besides these subscribers can also view some of their favorite programs like ‘Captains’ and ‘Coaching Staff’ exclusively with a Match Prime subscription.

Can Match TV Russia Online Tell if You Are Using A VPN?

Virtual Private Networks or VPN are becoming more and more widespread around the world ever since online privacy and extensive geo-restrictions have become a thing. The number of people using these services is growing quite significantly. However, when accessing restricted content, many people have this reservation of whether the channel can track the fact that a VPN is being used or not.

The answer to this question is that websites and channels can detect a VPN to some extent but they are not able to pinpoint the fact that such software is indeed being used. This might seem confusing! Allow us to explain! The way in which a VPN works is that when a user connects to a server, let’s say in Russia for instance, they are assigned a specific IP address which is different from their original.

However, anyone else using the same VPN service and connecting to the same server will also be given an identical IP address. It is possible that among the thousands of people using Ivacy VPN around the world, quite a few are connected to Match TV through a Russian server at the same time. The website of the channel will detect all these people because all their requests will be coming from the same IP address.

This is the extent to which a website can tell when a VPN is being used. In truth though, this is ignored because the servers of the website assume that it is the same user logging in multiple times. Moreover, the exact location of any of the people is not revealed at all so you can feel safe that Match TV won’t ever know your true location or block access in any way.

Match TV Russia online provides live and exclusive coverage to some of the most exciting sporting events which are seen by millions of viewers on the planet. Sadly, the channel is restricted for viewership in Russia only. On the bright side, Ivacy VPN with its state of the art services and plethora of servers can easily help you connect to match TV online and enjoy all of your favorite shows to your heart’s content.