How To Watch BNT Online Outside Bulgaria [Updated 2022]

Do you want to access BNT outside Bulgaria? Here you will find a simple yet effective solution to watch your favorite content on BNT live without any hassles via a VPN, like Ivacy VPN. Access BNT online on iOS, Windows, macOS, Android, and more. 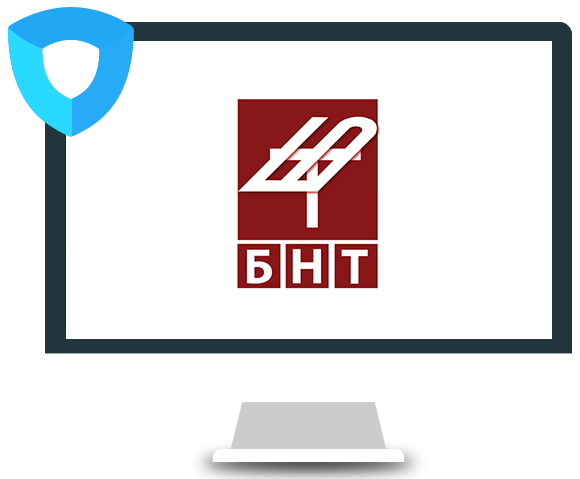 How To Watch BNT Live Online Outside Bulgaria

Open the Ivacy app and connect to a Bulgaria server.

Watch BNT Live Stream from anywhere in the world.

Setting up Ivacy VPN on your device is a simple process. Acquire true internet freedom with Ivacy VPN’s blazing fast speed and impeccable security, two factors that make any VPN the best in the market. Follow the below-mentioned simple steps to unblock BNT HD online with Ivacy VPN:

Open the Ivacy app and connect to a Bulgarian server.

Watch BNT online Stream from anywhere in the world.

Geo-restrictions prevent internet users from accessing all content online. This means you can access content from other regions freely. This can be frustrating, but it can be dealt with for good with Ivacy VPN.

How Ivacy VPN helps is that it gives you access to countless servers from different regions. So, if you want to access content from a specific region, all you need to do is connect to a VPN server from that region in particular. You also get top-notch security with Ivacy VPN, apart from unrestricted access online. It comes equipped with many security features to ensure what you do online and hackers, cybercriminals, and third parties do not intercept the information you transmit.

If you want to stream content, you will be pleased to know that Ivacy VPN does not disappoint in this regard. You get unparalleled download and upload speeds by overcoming ISP throttling, ensuring a seamless streaming experience

Now all you need to do is to access BNT HD Online, and you will be able to stream without any hassles.

The first Bulgarian television transmission took place in 1959. In the late 1950s and early 1960s, the archive had recorders, shots, and videos available to the public. To address the growing number of viewers in Bulgaria, BNT began transmitting news, programming, and movies in monochrome in 1964.

The first video programs in the 2inch format were produced in 1975. A fondness for broadcasting and movies from the program was formed in 1977. In 1983, one-inch tape recorders were introduced. The 2-inch period came to an end in 1984.

The year 1991 was pivotal for Bulgarian National Television. All records began to be recorded on computers and digitized for improved quality, now accessible in various forms. BT1 and BT2 were changed to “Kanal 1” and “Efir 2,” respectively. A gold fond of all archives was made in 1992, containing 2,000 images and 33,000 information elements. TV Bulgaria (now BNT 3), BNT’s satellite television, was founded in 1999.

BNT online offers an extensive range of TV shows and movies explicitly designed to suit the needs of all of its audiences. From famous cartoons for kids to some of the best shows for adults, it has something for everyone.

BNT shows do not limit Bulgarian content only, but it also has something for everyone. There’s no reason not to stream BNT HD online, from the best Disney classic TV shows and movies to the famous cartoons for kids. Have you been looking to find your teenage favorite shows? There’s no other place to look for than BNT online.

Listed below are some of the most famous shows on BNT online:

Wizards of Waverly Place is a four-season American fantasy adolescent comedy created by Todd J. Greenwald that aired on Disney Channel between 2007 and 2012. The story follows Alex Russo, a young wizard living in Greenwich Village, Manhattan, who trains alongside her siblings, Justin and Max, who have magical skills.

The siblings are trained with the expectation that they will battle for exclusive control of their family’s powers one day. The episodes follow Alex as she struggles to conceal her secret skills while dealing with her youth’s social and emotional issues. She routinely, and sometimes carelessly, employs magic in her daily life, honing her supernatural talents. While there are fantastical aspects in the series, the major themes presented include an emphasis on family, friendship, and puberty.

Hannah Montana ran for four seasons on Disney Channel between 2006 and 2011. Rich Correll, Michael Poryes, and Barry O’Brien devised the teen sitcom. Miley Cyrus stars as an average young girl who lives a parallel life as a renowned pop artist Hannah Montana, an alter ego developed by her to live a regular life as a teenager while keeping her incognito.

This program is well-known among 90s children and is one of Disney Channel’s most economically successful franchises.

Jonas is a Disney Channel Original Series featuring the Jonas Brothers developed by Michael Curtis and Roger S. H. Schulman. The pilot was shot in September 2008, and the series debuted on Disney Channel the next year before becoming available on-demand on April 25.

Jonas is the first Disney Channel Original Series since Phil of the Future that was not produced on videotape in a multi-camera format, was not filmed in front of a live studio audience, and did not include a laugh track. The series was the first to launch on the network on a Saturday night as part of Disney’s intentional goal to open up the night to the original content.

One Tree Hill is an American drama television series created by Mark Schwahn that aired on The WarnerBros. in 2003. After the third season, The WB merged with UPN to form The CW. The series was shown in the United States on September 27, 2006, and finally concluded in 2012.

The show is set in the fictional North Carolina town of Tree Hill. Initially, it follows the lives of two half-brothers, Lucas Scott and Nathan Scott, who compete for positions on their school’s basketball team and the drama that arises from the brothers’ romances.

The channel also offers The Bold and The Beautiful, Lilo & Stitch, Timon and Pumbaa, Aladdin, The Little Mermaid, Make Way for Noddy, etc.

Bulgarian National Television, or BNT online as it is more colloquially known, is an excellent broadcasting channel where you can see some of the finest Disney classics, cartoons, and blockbuster Hollywood blockbusters. A VPN is the best option if you live outside of Bulgaria and want to view your favorite shows. You may bypass geo-restrictions by using a VPN. By connecting to a separate server, you may view material from anywhere, at any time. With Ivacy VPN, you may unblock whatever you want. You have to buy an Ivacy VPN subscription, download and install the application, and connect to a Bulgarian VPN server.

Select a place, any location. Open your VPN and switch to the location where your favorite show is accessible.

Connect to the internet as usual.

VPNs can be hacked, although it is difficult. Furthermore, getting hacked without a VPN is substantially higher than being hacked with one. DDoS attacks are malicious, and they may interrupt your Internet traffic and flood it to the point where the infrastructure collapses. Some VPNs, such as Ivacy VPN, offer DDoS protection.

The chances of getting caught while using a VPN are less if you use reliable VPNs like Ivacy VPN. It provides you with DDoS protection and buffer-free streaming to watch your favorite shows without waiting for them to load.

Yes, in short. Most countries, including the United States and other western nations, have perfectly legal means of using a VPN while watching content online. The privacy and connection of your internet are protected. It makes it easier for you to access restricted content geographically.

It all depends upon the VPN service provider you use. Good service providers like Ivacy VPN support up to 10 devices at a time. Just log into any device you like, and you will never have to log out again. Keep all your devices secure with Ivacy VPN.