Watch Anime On Crunchyroll With VPN From Any Location

As the host of the world’s largest licensed anime, manga, games, and Asian drama libraries, Crunchyroll is the Facebook for millions of Japanese entertainment fans all across the globe. But like all good things, Crunchyroll isn’t perfect. 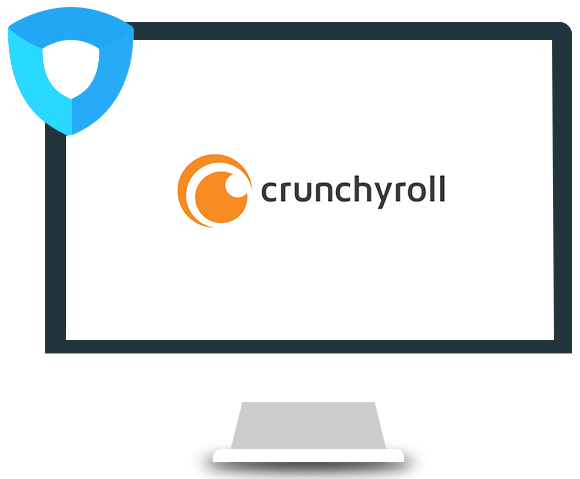 If you’re looking for fun and innovative animated content, Crunchyroll is a great place to start. The website is not only the perfect social media and bonding space for anime fans but also has a humongous library of Japanese anime and drama that will entertain you to no end.

There’s one problem though; Crunchyroll is geo-blocked in certain countries that don’t fall under its licensing spectrum. This means that if you live in, or are traveling to one of these countries, you might have to temporarily (or, forever) say goodbye to your favorite anime, dramas, and even friends on Crunchyroll.

But not if we can help it!

There are certain ways and methods that you can use to make sure that the website and its content remain accessible to you, no matter what corner of the world you travel to. In other ways, if you’ve been on the hunt for a way to get your fictional fiction-fan friends on Crunchyroll, yes; they exist!

Out of all the ways though; we think using a VPN that works with Crunchyroll is the best and safest option. Don’t take our word for it though; walk with us as we take through all the reasons why and then decide if it’s the best option for you.

But before we get into why Ivacy VPN is the best Crunchyroll VPN and how to use it to unblock the website; let’s talk about how VPNs themselves work and why they are so safe.

Crunchyroll VPNs and how they work

You probably already know this, but to recap; a VPN is a cybersecurity tool that is designed to make sure that you’re safe online by giving you the privilege of complete anonymity and privacy. This anonymity keeps you safe because no one can trace your internet activities back to you—hence, they can’t reach your machine or data, nor can they exploit it.

They do this by letting users connect to the internet indirectly through remote and secure servers which also let users temporarily borrow their IP addresses. This makes users visible to the internet as citizens of different countries because of the new IP addresses and new devices.

Another layer to the security provided by a Crunchyroll VPN is encryption; which makes sure that your entire communication with the internet is enclosed in special code blocks which cannot be deciphered until one holds the decryption key.

This double-layered security translates into a multitude of benefits including bypassing geo-barriers and letting users unblock websites, pages, and content pieces that are blocked in their countries. Furthermore, the anonymity factor makes this unblocking a whole lot more secure by letting users avoid the risks of falling into cybersecurity breaches.

Now that we have that out of the way, it’s time to discuss how to use a Crunchyroll VPN to unblock Crunchyroll in your country.

How to watch VPN Crunchyroll from anywhere in 2022

You can unblock Crunchyroll anywhere in the world in four simple steps using a VPN for Crunchyroll. Even though the Crunchyroll VPN ban did make things a little difficult for a while, Ivacy is ready to take on take on the challenge and let you unblock all the anime you want to. Let’s go over these steps one by one in greater detail.

You can replicate these same steps for any country you go to and it should work the same. If you’re still having issues loading up the website, it’s best to contact your provider and ask for additional instructions.

Wondering how to watch dub on Crunchyroll in your native language while living in another country? That’s easy!

If you can’t find the dubbed version of the anime you’re looking forward to watching in your language, a Crunchyroll VPN like Ivacy VPN will help with this too!

This is because Ivacy Crunchyroll VPN will ensure that the internet and servers behind the Crunchyroll website believe that you’re from a different part of the world, showing you the correct dubbing language.

Want to view your anime in an English dubbing? Connect through an American server. Want to watch it in Spanish while you’re living in America? Connect through a Spanish server and Crunchyroll will show you Spanish options!

Whether you want to get past geo-blocking, or you just want to bypass restrictions placed on your work or school networks, Ivacy Crunchyroll VPN will let you do just that by allowing you to browse anonymously.

When you connect through Ivacy VPN Crunchyroll, your internet traffic starts getting routed through a remote server. In this process, your original IP address is hidden, and the IP address of the server you’re connected through is visible.

This means that to anyone spying on you over the internet, you’re visible as the server you’re connected to, making your connection anonymous and private. Not only does this provide extra security, but it also ensures that you can access the website anytime you want, despite it being blocked.

Why Ivacy VPN is the best Crunchyroll VPN

As already discussed, Ivacy Crunchyroll VPN is an essential cybersecurity tool offering up to 256-bit AES military-grade encryption. This means that using it to unblock a website also means upgrading your cybersecurity by default. With cybersecurity issues and breaches on the rise, it’s always best to make sure that you’re well protected from all corners when you’re online.

Secondly, the anonymity feature that Ivacy Crunchyroll VPN provides may also boost your internet speeds and let you enjoy a better streaming experience. This is because anonymity means that your local ISP will be unable to throttle your bandwidth and slow down your internet connection at any point, ensuring that you always have access to fast speeds. To add to that, Ivacy VPN also is the pioneer of the split tunneling feature that lets you use the internet, both with and without the encrypted tunnel at the same time.

Another reason Ivacy Crunchyroll VPN is a great option to unblock websites is the huge server network that it comes with (3500+ servers in over a hundred different countries). The larger the server network and the more countries it spans, the more country-specific websites and content pieces you can unblock. In other words, a VPN will give you access to a much larger portion of the global internet space than any other method, at a much better price, making it the best VPN for Crunchyroll.

Finally, Ivacy VPN comes with additional features that also help you work more effectively, do business better, improve your gaming experience, giving you more chances to win, and even let you safely use public internet connections.

Will you get banned for using a VPN with Crunchyroll?

The Crunchyroll VPN did make it so that everyone who was using a VPN to stream on Crunchyroll would end up with their accounts banned.

However, Ivacy VPN is built specifically for streaming and comes equipped with smart technology that will let you bypass geo-barriers without having you banned.

Rom-coms are great, but one of the most fun and interesting genres when it comes to Japanese anime is dark-fantasy. We’re taking angels, demons, and other fictional yet fantastical life-forms. If that kind of thing appeals to you, you should try watching Demon Slayer: Kimetsu no Yaiba as soon as you get your Ivacy Crunchyroll VPN subscription.

The anime first came out as a Manga – a Japanese comic book back in 2016 which continued into 2020, which is when it was turned into an anime. The show tells the story of demon slayers fighting off evil demons giving off some series Buffy the Vampire Slayer vibes.

If that sounds like your thing, you’re in for a great watch!

Love the Shonen Jump genre? Dr. Stone might be the perfect one for you if you’re looking for some fresh new, teenage-focused content. With a fairly short run of 24 episodes, this one engrosses, grips, and tantalizes the viewer with a fast-paced storyline, and keeping the same pace, wraps things up nice and quick.

Set almost 3700 years into the future, this anime blends fantasy with adventure beautifully with a story about Senku Ishigami, a high school boy who has knowledge of science way beyond his years. Feels like that might be your vibe? We think this might be a good anime to use your Crunchyroll VPN subscription!

Love the superhero genre? We get it. There is a special kind of thrill in watching your favorite characters develop and use their superpowers against evil. What’s more, if you don’t like saying goodbye to top characters soon, My Hero Academia will be perfect for you as it is four seasons long with 83 episodes in total.

Thinking of putting your Crunchyroll VPN subscription towards watching this one? You won’t go wrong following the story of Izuku Miroriya, a young boy, and his very special friends.

Love dark-fantasy anime? The Promised Neverland is one more anime that may be worth your Crunchyroll VPN subscription. Originally a manga, The Promised Neverland came out as an anime show spanning 12 episodes after the Manga amassed readerships in millions including both, Japanese and international fans. The show was shortly followed by a season two!

Set in the world of 2045, the anime follows the story of Norman, Ray, and Emma on their journey as they try their best to survive the tough world and fight off their cruel fate. But of c0urse, not without some supernatural help!

If you haven’t watched this one, pause everything you’re using your Crunchyroll VPN for and get this one started! Even though this one ended a few years ago, it still remains one of the best anime on Crunchyroll to binge alone or with friends.

With more than 500 episodes, this anime follows Naruto, a young ninja who goes to ninja school and is looked down upon by his fellow students because of his less-than-average skills. Relatable, fun, and engaging, the anime tells the story everyone wants to hear: the underdog rising to the top.

How can I watch Crunchyroll with Ivacy VPN for free?

Looking for a free VPN for Crunchyroll? Ivacy VPN Crunchyroll comes with a 7-day free trial which will let you unblock the website for free for a whole week.

Can I access Crunchyroll on my iPhone using Ivacy VPN?

Yes, you can download the Ivacy application for iOS and unblock Crunchyroll on your iPhone.

Is it legal to watch Crunchyroll with Ivacy VPN?

Using Ivacy VPN isn’t illegal unless you’re using it to participate in activities that are banned by law.

Crunchyroll is not working, what should I do?

If your Crunchyroll is not working, from your console, clear your cache and then delete your app data. Then, try again. If it still doesn’t work, try contacting the Crunchyroll support team.

Crunchyroll comes with a free and paid version. A premium Crunchyroll subscription costs $7.99 per month.

How To Watch VUDU Online Outside United State In 2022

How To Watch Bravo TV Live Stream Without Cable In 2022 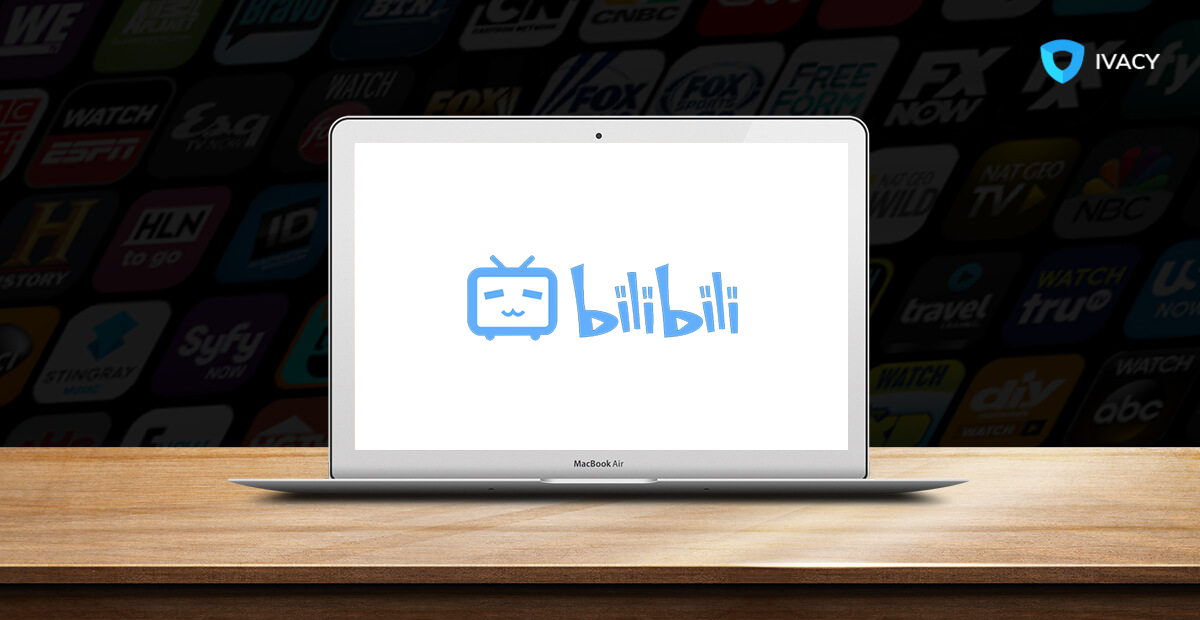 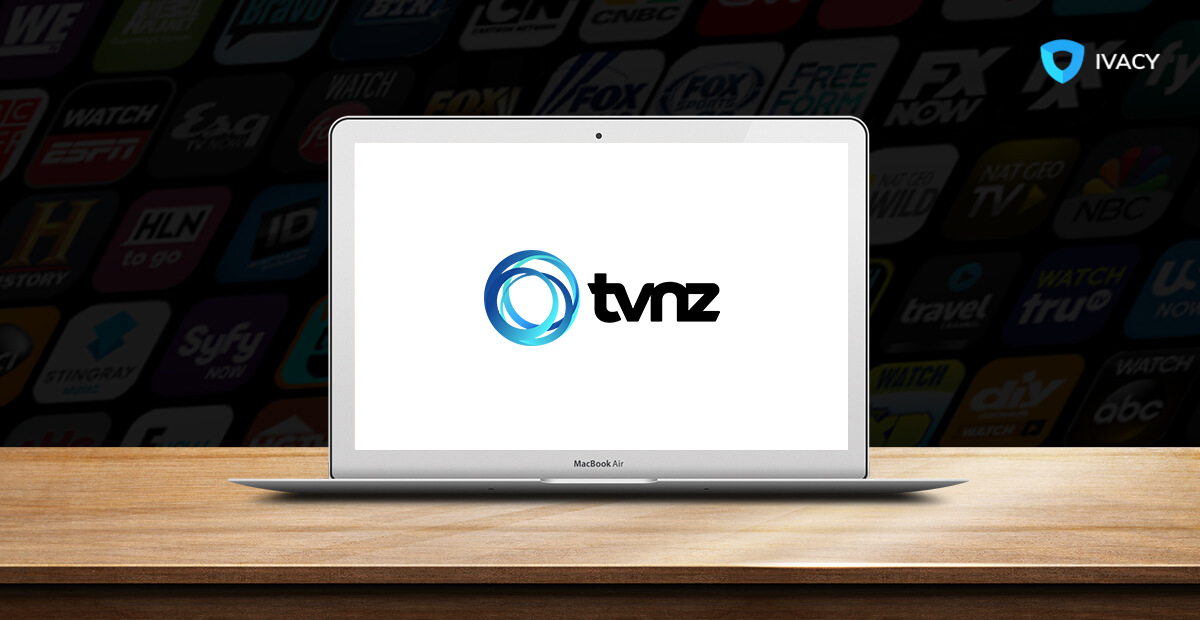 How To Watch TVNZ Live Stream Outside New Zealand in 2022