How to access SVT Online from outside Sweden [Updated 2021]

For the newer generation, imagining life without a streaming service is inconceivable. And it’s not just the English-speaking countries where people have cut the bug, the situation is similar around the world. SVT Play TV is a personification of this phenomena. The streaming service from Sweden is becoming extremely popular with the local audiences and […] 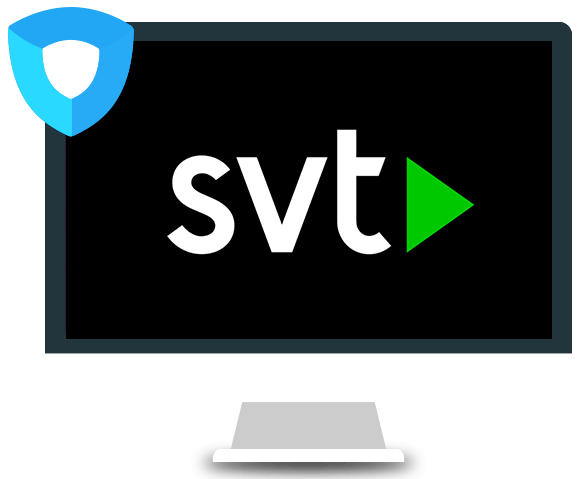 For the newer generation, imagining life without a streaming service is inconceivable. And it’s not just the English-speaking countries where people have cut the bug, the situation is similar around the world. SVT Play TV is a personification of this phenomena. The streaming service from Sweden is becoming extremely popular with the local audiences and even others who are interested in the content.

Something that most people don’t realize is that platform like SVT can serve educational and informational purposes too besides entertainment. They can become a source of learning the local language for potential tourists or encourage others to visit the country and explore it. The SVT Play app can do this for Sweden. If only it were accessible from anywhere else in the world!

SVT is an amazing platform with hundreds of movies, TV shows as well as other videos that can be watched on demand. The channel features content in a number of languages but most of the productions are in Swedish. Majority of the content that is not news is restricted for viewership. It is available only to audiences living inside Sweden.

These restrictions can become quite a nuisance even for locals because the moment they leave the country, transmissions become unavailable to them. This means that citizens can’t follow their favorite programs while they are travelling for leisure or business. Fortunately, there is a way around this. Using a VPN like Ivacy, users can easily disable any restrictions. Here’s how:

Sveriges Television AB is the public broadcaster for the State of Sweden. It was launched in 1956 and began transmissions with a radio station. Today the network has five regular television channels which broadcast content across the country. Like many public broadcast channels, SVT is also restricted to within the borders or Sweden itself.

SVT is headquartered in Stockholm, Sweden. The different channels from the network feature various genres of content. Originally transmissions began with news only. As customer preferences and tastes began to evolve, so did the content. Today, SVT airs kids programming, entertainment shows which are both local productions as well as foreign imports, talk shows and live coverage of events etc.

SVT is a service launched by Sveriges Television to cater to the rising trend of streaming movies and shows. It is available as a website as well as mobile applications for every major platform. The program was launched in December 2006 with the main purpose of bringing SVT channels to younger audiences through a streaming service. The idea also had to do with adding convenience for viewers.

SVT Play supports Windows Media and RealVideo players. Some smaller videos can also be run on Flash Video and the team is working on adding further compatibility. The SVT play app also has dedicated YouTube and Facebook channels through which important updates and teasers for programs currently streaming are posted.

SVT Play has more than 2000 hours of content at the moment. This include a diverse variety of programs. There are both local and foreign movies. Same goes for the TV shows too. SVT has its own production house where some amazing content is produced. TV shows are also imported from other channels and languages to enhance and expand the viewership experience.

The categories of content on SVT Play are even more varied than that of the parent channel. This is obviously because of the scheduling limitations and the fact that there are only five channels. With SVT Play, users have access to dramas, documentaries, comedy, children’s programs, news, sports, reality shows, music, culture, lifestyle and nature as well as science-based programming.

Some popular shows on SVT live include Bolibompa, Min Sanning, Go’kvall, It sits in the walls, Blue Planet II, Wild Kids and Tusenbröder. There are a lot more than these. For the complete list you visit the SVT Play website or download their application.

Since SVT is the company behind the Play app, the channels which the network operates are also available for live streaming through the platform. SVT has five channels, all of which have their own different types of content. SVT live website and mobile application allow local residents unrestricted access to the complete library.

The five SVT channels and the content they feature include:

SVT Play offers a number of services besides just content for viewership. SVT Play Chromecast are also readily available. Besides this, the service launches specific channels on various occasions. For instance, during the recent Olympics, a separate channel was launched just to broadcast all the games from the event live to the local audiences.

The hallmark of a streaming service are the mobile applications. SVT play has some aesthetic and easy to use services to almost every major platform. It supports Android and iOS because they are the biggest and most widely used platforms on the planet at the moment. SVT sport play is also available on Apple TV as well as some other operating systems and devices too.

The content from the channel, be it on the website or the mobile application is geographically restricted. Websites and applications today have the ability to tell which country a request is coming from. If it is from outside Sweden, most of the content is made unavailable. VPN services like Ivacy provide users with an effective solution to this problem.

SVT Play is a free to use service which means that no matter where you are, if you can access it, you can watch SVT online with unlimited amount of content for as long as you like.

SVT Play is an application which brings a plethora of content all under one banner. The people of Sweden enjoy it so much because of the fact that it answers all their viewing needs in one place. From news, current affairs, weather and sports to movies, documentaries and TV shows, there is nothing that is out of reach.

The only problem is that most of the content is not available outside Sweden. For this, users require VPN services which can mask the identity and make anyone look like they are sitting in Sweden. To the website atleast!

How To Watch VUDU Online Outside United State In 2021

Watch Anime On Crunchyroll From Any Location In 2021

How To Watch Bravo TV Live Stream Without Cable In 2021