How To Access RTSH Live Stream Outside Albania [Updated 2022]

Table of Contents: Secure access for RTSH Livestream in 3 simple stepsAbout RTSH HD Live StreamTelevision ChannelsRadioProgramsCan RTSH detect a VPN?Conclusion RTSH or Radio Televizioni Shqiptar is the public broadcaster for Albania. It is a network which is branched into a number of other channels catering to both television and radio audiences. The channels are […] 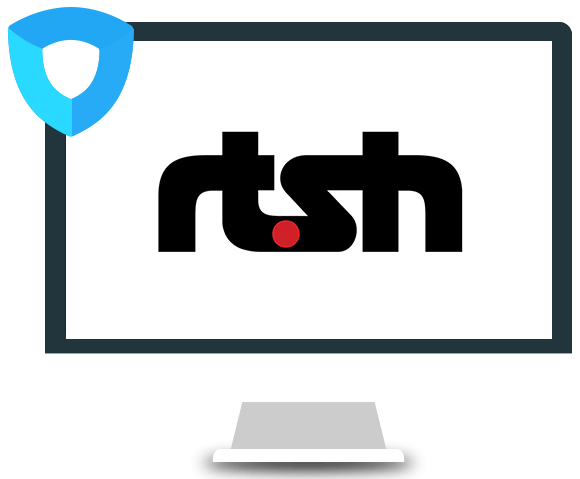 LWatch the channel from anywhere in the world.

RTSH or Radio Televizioni Shqiptar is the public broadcaster for Albania. It is a network which is branched into a number of other channels catering to both television and radio audiences. The channels are free-to-air which means that there are no subscription fees for broadcasters to stream it to their audiences. This means that there are little to no restrictions on its use in specific areas.

RTSH’s international service is available in select areas including Kosovo, Serbia, Macedonia, Montenegro and Northern Greece. Other parts of Europe also fall under the coverage area from the channel but there is nothing to watch if you are an Albanian and have to travel or live in other parts of the world. Moreover, this is not the only issue that users face while accessing RTSH HD live stream.

In order to watch RTSH live, not only do you have to be in a specific area, the local broadcaster has to have the channel tuned in and available for viewership. There is no way to receive the network on your cable besides that. Users can configure their own satellite dish if they have one but for those who are in transit or want an easier solution, there is the RTSH online live stream.

While this is an amazing alternative, it comes with a few issues of its own. Firstly, there are geographic limitations as usual. Areas like the United States fall beyond the allowed zones for RTSH. However, the more pressing concern is cybercrime and possible theft of personal information while accessing the channel’s website. If you are a person who understands the importance of digital privacy, then Ivacy can help you stay safe in three easy steps:

Radio Televizioni Shqiptar translates to Albanian Radio and Television in English. This is where the abbreviation RTSH comes from. As the name indicates, the network has both radio and television services. The government operates the channel by providing funds for it and the radio service is still available for listeners for prefer to tune in while driving.

The radio arm of RTSH was launched in 1938 and television service followed almost 22 years later in 1960. Over the years, RTSH has grown substantially. It began with just three hours of radio programming every day. Today, the channel produces some of its own content while supports internationally created shows too.

RTSH nowadays is huge. It has two analogue channels along with two DVB-T2 Multiplexers. A multiplex is simply a cluster of channels which can be broadcast in a single packet. RTSH streams 12 channels and 5 radio stations through this technology. Each of these channels serve a different purpose and cater to diverse set of audiences. Here are a few RTSH television channels:

There are several other divisions of the RTSH brand name including channels from Albanian Music, kids, RTSH sport live stream, news and even one that transmits live feed from the parliament house during proceedings.

There are five primary radio stations under the RTSH name. These cover a variety of genres for different types of audiences in the country and abroad. The radio channels are;

One of the greatest achievements for RTSH is the years since it has been in service has been the creation of some amazing local content. There are shows which stream on RTSH Shqip. These Albanian productions are all-round successes for the service as a whole. Some of the shows include Autor, a documentary show, Ne Tempull and Artes, both cultural shows and Festivali I Kenges, a musical contest.

Besides these, RTSH channels also broadcast international content like Voice of America, a popular competition in the United States. Other shows include The Mentalist, Person of Interest and The Closer.

Can RTSH detect a VPN?

Websites have limited or no capability to detect a VPN. All they can tell is that when users put the same server in use, their IP addresses are identical. The website moderators can observe this but they dispel it as one user trying to sign in multiple times. In this way, although they still detect a VPN, RTSH is not able to tell what it is.

When selecting a VPN, it is important to pick out a service that is reliable. Otherwise, the program itself can make users vulnerable to data breaches and hacking. Ivacy is ranked the best among the business at the moment and is a VPN worthy of your trust. For more information, visit their website today.