Skype is blocked in a couple of locations, but that does not mean you are out for the count. To access Skype, all you need to do is connect to a VPN server via a reliable VPN service, like Ivacy VPN. 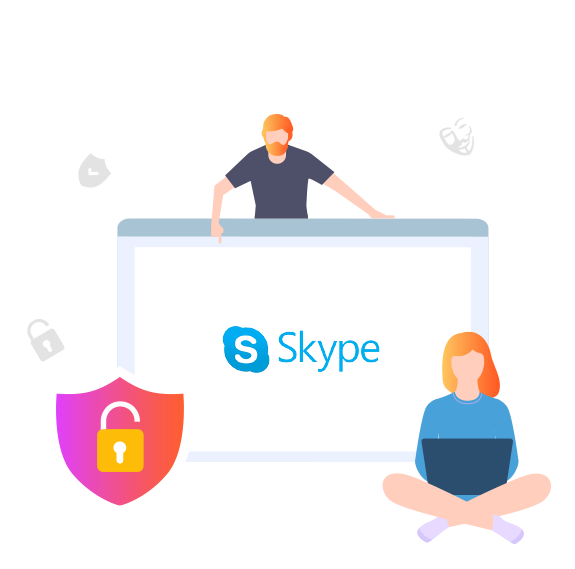 How to Unblock Skype

Ivacy VPN makes unblocking Skype as easy as 1-2-3. In a couple of minutes, you can access Skypes and all its features. To do so, here is what you need to do:

Skype is a free program that can be used to make audio and video calls for free just like WhatsApp, Viber, and Facebook Messenger. It is owned by Microsoft now, but it was previously owned and founded by Janus Friis and Niklas Zennstrom, in collaboration with Kazaa developers, in 2003.

Using Skype, internet users can share files and send messages no matter where they are located. All it needs is an internet connection, nothing more.

It also offers a paid subscription, giving users access to more features like making audio calls and sending messages to any phone, internationally or locally.

Skype is easily accessible on a multitude of devices. It is available on macOS X, Linux, and Windows. It can also be downloaded on the Xbox One, smartphones, and tablets. At the moment, Skype has been made temporarily unavailable on Android Wear and Apple Watch, but it will reinstate in the near future.

As mentioned earlier, Skype is blocked in a couple of locations. Instructions have already been provided regarding using Ivacy VPN to unblock the platform.

Apart from the US, you can connect to any region where Skype is available to regain access.

With the help of Ivacy VPN, you can actually unblock any platform or service. What is interesting is that while doing so, your internet traffic will be hidden. Never again will you have to worry about being monitored or compromised. With security features like Internet Kill Switch and Military Grade Encryption, you will be safe and secure online through and through.

Why is Skype Blocked at Work or School?

Skype could be blocked at your work or school to prevent you from communicating outside. But that does more harm than good. To overcome this problem, all you need to do is to use Ivacy VPN, which will also ensure you remain hidden while using Skype on your work or school network.

Where is Skype Blocked?

To avoid connecting to the wrong VPN server, it is a good idea to find out about those locations where Skype is blocked and/or being monitored. They are as follows:

Remember, whether you want to unblock Skype in UAE or any other service from any other region, then you should look no further than Ivacy VPN.