Hi5 is an incredibly popular social networking site but it has been blocked by many ISPs and countries around the world. But, the good news is, you can successfully unblock Hi5 through Ivacy VPN. 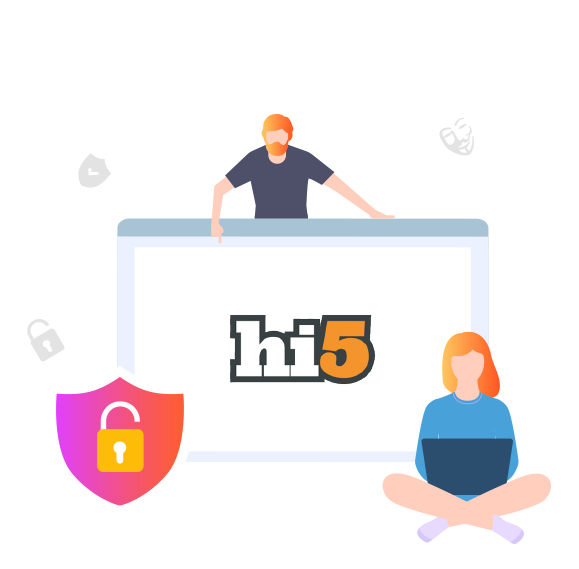 Unblock Hi5 even if it is blocked

You can access Hi5 with Ivacy in a few simple steps.

Hi5 makes it possible for you to meet new people in a fun way with a Tinder-like feature that lets you find users nearby, with a large focus also on social gaming.

Why is Hi5 being blocked?

Unfortunately, given its nature, many organizations – workplaces and educational institutions block Hi5 from being run with their IntraNet due to productivity concerns while governments of some conservative countries do the same.

Therefore, if you try to access your Hi5 account from school or your office, there is a good chance you will encounter a notification telling you that it is blocked.

How To Unblock Hi5 at Work or School?

You can easily bypass restrictions with the help of Ivacy VPN. Ivacy VPN connects you to a remote server, while also hiding your real IP address, which makes it appear as if you are connecting from a location other than your original one. This allows you to access any social media service you want, including the option to unblock Hi5.

Ivacy VPN also encrypts the ongoing internet traffic between your device and the VPN server, while keeping no logs of your internet activity, making your data completely safe from anyone trying to intercept your connection.

How does Ivacy unblock Hi5?

Ivacy unblocks Hi5 by rerouting your traffic to a server other than the country you are connecting out of. This not only encrypts your traffic but changes your IP address, while allowing you to choose from 1000+ servers based around the world.

Why is Ivacy the best VPN?

Ivacy is the best option for you to access any geo-restricted content. With Ivacy, you can unblock Disney plus, Netflix US, Sky Go, Hi5 and many other streaming channels and also unblock chat apps such as WhatsApp, Facebook, Viber, Snapchat, etc that are blocked in your region. Since it doesn’t just provide the fastest speeds in the world (recipient of Fastest VPN award for 2019), while also providing state of the art 256 – bit encryption that makes your internet connection difficult to penetrate.

Ivacy also has native apps available for use across all platforms, no matter which devices you are using.

Ivacy has many affordable packages available for users wanting to unblock Hi5. There is no need to resort to cheap and unreliable techniques for this purpose when you can unblock Hi5 with a simple tap and that too without burdening your pockets.