Facebook happens to be one of the most popular social networking sites in the world today. But it may be that in some regions the access to the social media giant is restricted. The reasons could be range from being political to religious but don’t worry, you can unblock it through Ivacy VPN and access it, no matter where you are in the world. 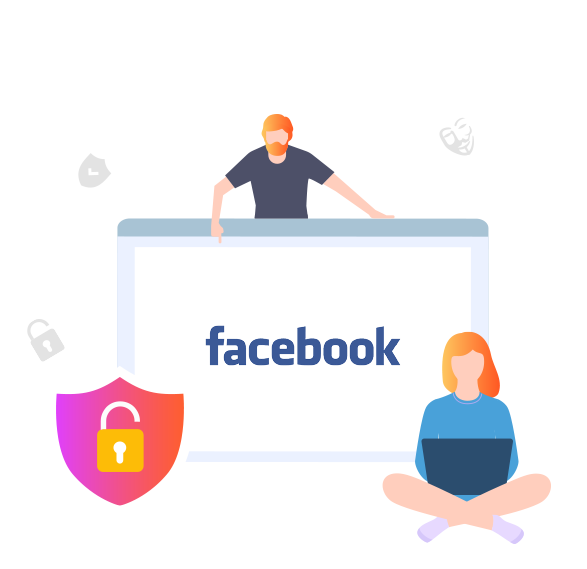 Facebook is an ultimate platform for posting about your business and for posting in the personal capacity. Bid farewell to geo-restrictions with Ivacy VPN.

Register for Ivacy and download the app on your respective device.

Choose a VPN server depending on your needs.

Once connected - browse, stream and listen to your favorite content.

Facebook happens to be one of the world’s top social media platforms where users can share their current status, pictures, videos, stories, and whatnot. With LinkedIn and Twitter in the league, Facebook outranks them with the highest user base.

Why Facebook would be banned, you ask? As stated, reasons could be numerous. The content becomes viral in a matter of minutes and the next thing you know, it’s trending. It also has the option to post stories for further visibility.

For a brand or business, it can do wonders. But where it’s blocked, it may be that the content is against the ideology of concerned parties or something violating that government’s narrative.

So what to do if you can’t access it. You can get your unblocking fix by following these three simple steps:

A masked IP brings you anonymity in the eyes of the world. Therefore, if you happen to be in a region where access to the Facebook app is restricted, Ivacy VPN will make you appear from elsewhere.

Ivacy boasts up to 256-bit military-grade encryption, which makes your security impenetrable. There is no way for any surveillance agency or government to know of your actual location letting you access Facebook in a secure manner.

Accessing Facebook at work or school is easy. Simply sign up for Ivacy VPN and you can be on your way to unblock Facebook. Facebook is usually blocked in schools or at workplaces because people tend to get carried away with their social media feed. This leads to less focus on work and studies.

But you don’t have to worry, as Ivacy is your one-stop solution to unblocking Facebook.

Apps and sites such as Facebook cannot detect VPNs, technically. VPN providers assign either the same IP to customers or a unique address is assigned from a variety of IPs.

To Facebook, it is a single user logging into the service under different user names. With Ivacy’s dependable security and servers, chances of anyone learning of your identity becomes a rarity.

Facebook offers a variety of services for both individuals and businesses. The technology has altered the outlook towards life in ways not known to humanity before. But you will need Ivacy for bypassing those restrictions on Facebook in your region. Censoring internet freedom should be deemed a crime and Ivacy VPN helps you beat it by letting you access it from anywhere in the world.

A business analyst, strategist & a growth hacker. Who also loves to write, focuses primarily on technology but also pays attention and has an interest in writing in multiple domains, i.e: travel, entertainment, shopping, & memes.