X
We use cookies to give you the best user experience. I agree Find out more
Home
Netflix VPN
Series Cravings
7 Best Comedy Movies and TV Shows to watch on Netflix in 2019 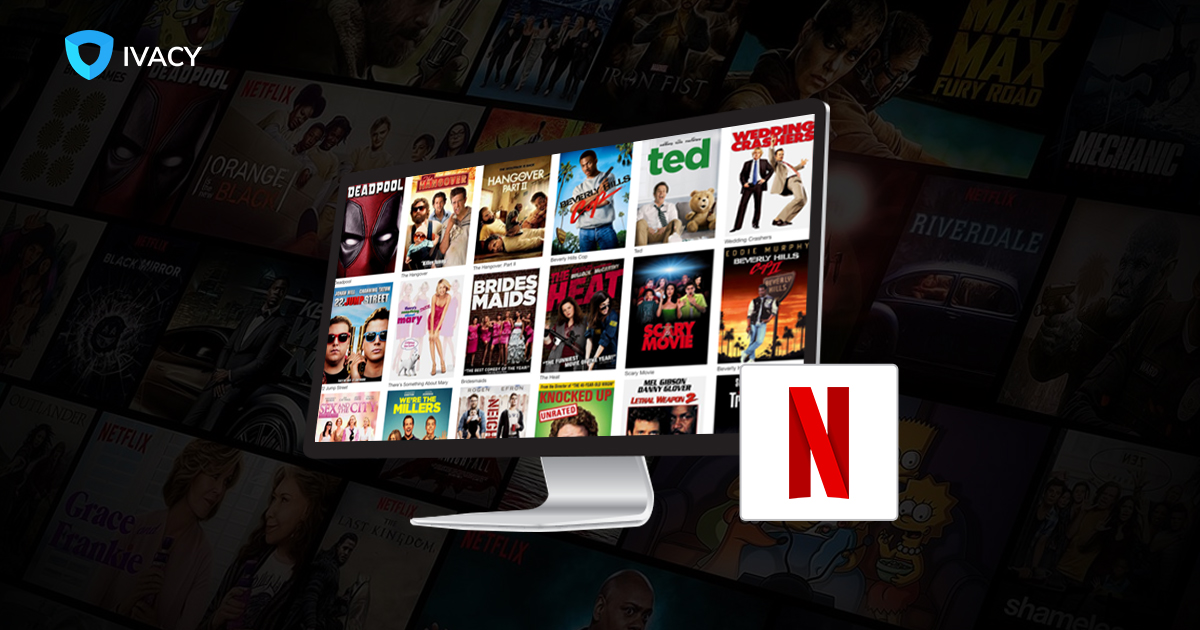 Netflix is constantly adding to its vast catalog of nearly 4,000 movies and 2,000 TV shows. Almost every other week, there is a new original release either by Netflix or some independent production getting featured on Netflix.

Therefore, finding yourself in the midst of a rapidly growing library can easily turn out to be overwhelming. Therefore, in case you are indecisive what to watch and what to avoid, here is a list of the 7 best TV shows and movies to watch on Netflix right now, to help you out!

The occasional subject of millennial memes and social media trends – Keegan-Michael Key stars in the lead in this very unique take of the comedian’s way of life. 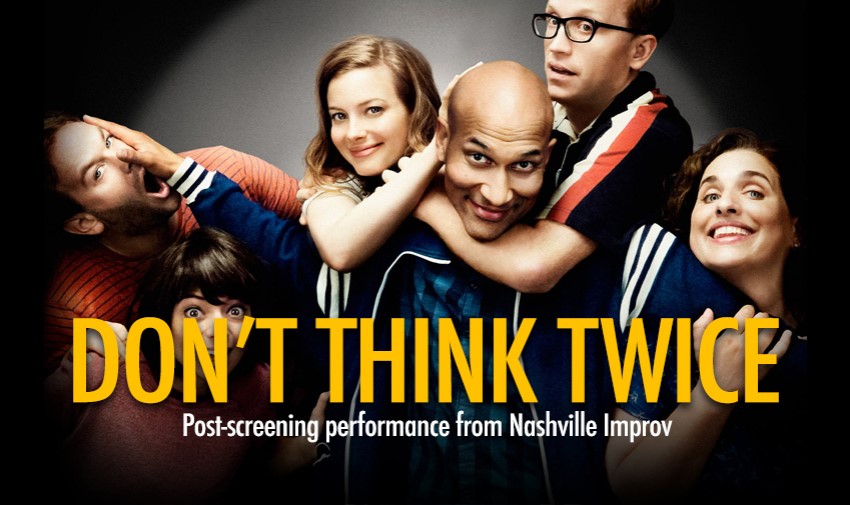 The film follows the struggles of a famous New York City improv group after one of them makes it into the mainstream, by having himself cast on a popular TV show. It is not until the rest of the members realize that they do not stand a chance to get the same fame as him, that things begin to fall apart between the lifelong best friends. The movie offers an insight into the lives of professionally funny people and the things they go through. If you happen to be a huge fan of comic legends like Mike Birbiglia and Keegan Michael, this should be a must watch for you!

A bit underrated when it was first released, this excellent comic has found a new audience on Netflix, having developed a huge cult following over the years. The movie showcases the life of Scott Pilgrim, who must go head to head with the evil exes of the girl he has fallen in love with. 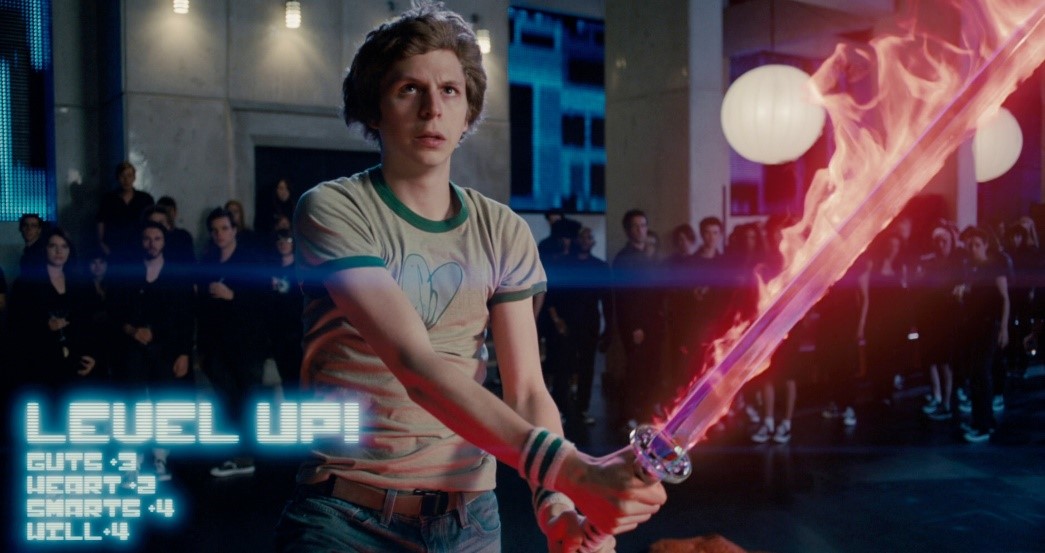 The movie is full of video game related innuendos and references, with multiple fun, little twists with the main character having to fight through with his deep video gaming knowledge. However, the movie manages to stay true to its main romantic premise throughout. It’s the kind of movie that only gets better each time you view it. So, if you are a gaming fan with a penchant for romantic comedies, this movie is just for you!

The Mission Impossible star – Simon Pegg is at his absolute best with an overwhelming display of his comedy genius in this buddy-cop parody movie. Hot Fuzz successfully combines elements of police work with horror and mystery solving, while not delving into clichés at any given time.

Simon Pegg is a top performing cop who gets promoted and transferred to a peaceful, calm and welcoming community in a village, where violent crime is an anomaly. But a series of unfortunate and horrific incidents occurring consecutively, makes him question whether things are as they seem to be. Are the villagers really the good Samaritans they present themselves to be? Or are they a part of something far beyond the understanding of the good detective? He must fight the dark forces at play to get to the truth of the matter while dealing with the hiccups in the most humorous way possible.

Shaun of the Dead is another Simon Pegg classic, the best comic take of the evergreen Zombie genre. As the title suggests, the main character –Shaun who is a happy go lucky chap living a lousy life, finds himself in the midst of the Zombie Apocalypse, when the dead rise from their graves in order to haunt the living.

Although often berated by his family for not caring enough and having failed at his love life, Shaun must gather himself in the ensuing chaos to prove himself for once and save the lives of his mother and love interest. With a not so smart sidekick, he must fight through the dead to save his family, while unlocking new heights of dumbassery.

The Breakfast Club is the ultimate teenage high school comedy-drama, highlighting the desperate struggle of the American teenager to deal with the peer pressures along with their parent’s demands to fit into the social constructs as desired by them or any other authoritarian figures. This 1985 classic set a precedent for other movies of the same genre. 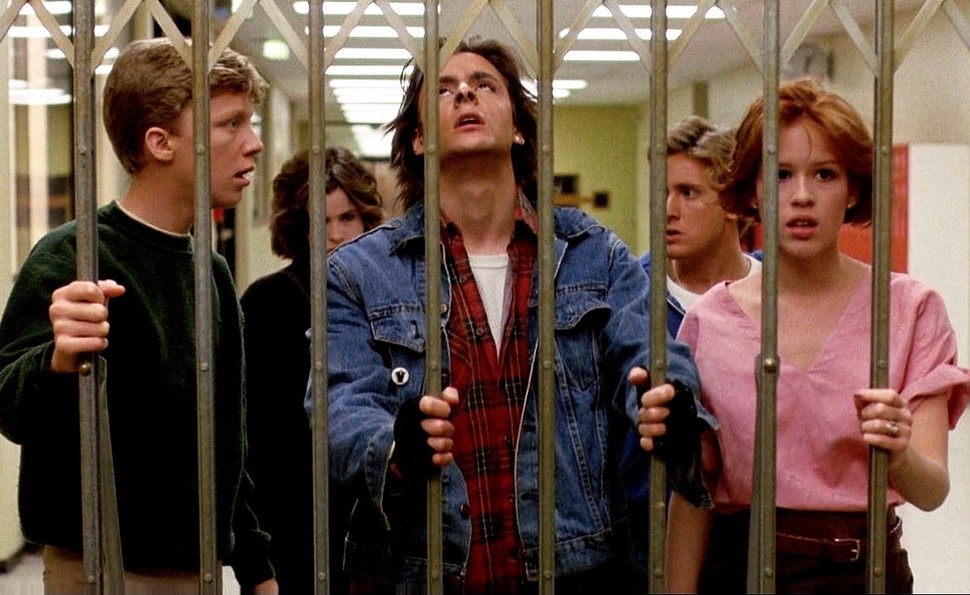 The principle of a school – Mr. Vernon; the antagonist of the movie pits several students of contrasting personalities against each other when he puts them under detention for the whole day. This is when the students go through a roller coaster ride of emotions, while they gain self-awareness and learn to empathize with each other, ultimately reaching upon the conclusion that they have more in common with each other than they previously thought. The teen comedy generates a lot of laughs while its characters grow closer to each other, romantically or otherwise.

This anime comedy is a hilarious combination of exciting new visuals, original jokes, and slapstick humor. A small town runs into chaos when a wannabe scientist’s invention goes wrong and starts turning the town’s water into food and it doesn’t just stop there. The food starts raining from the skies! This is a movie suitable and favorable to all ages. 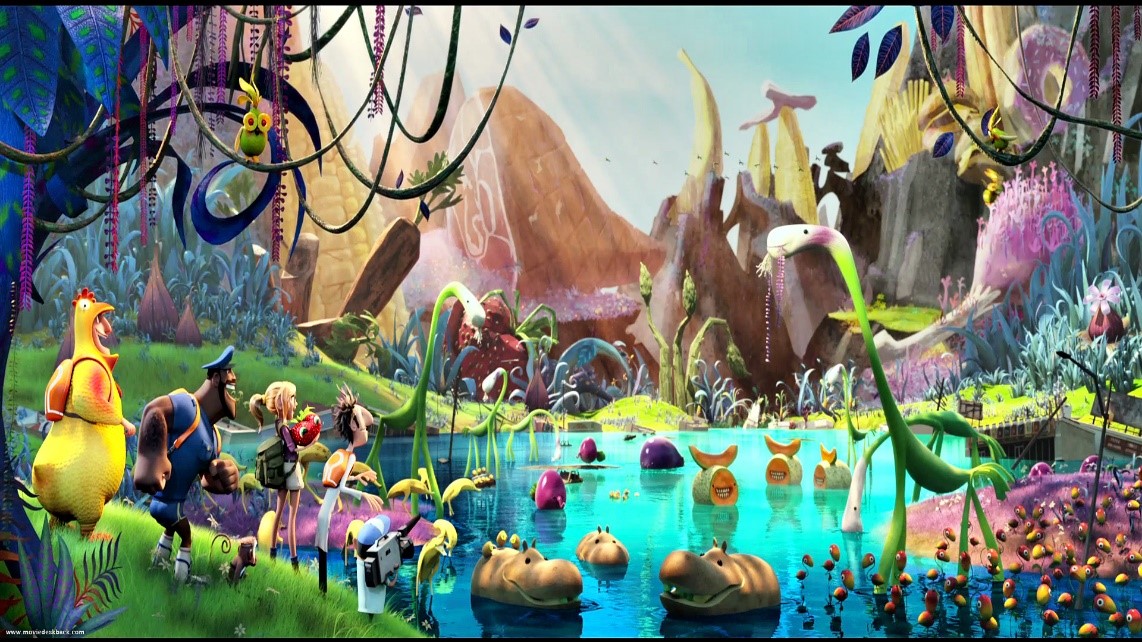 If you are a Collin Farrell fan who also loves dark comedy, you should give “In Burges” a try. Farrell plays a hitman who is sent with his mentor and close friend, Brendan Gleeson for a hit job. As the duo hangs around the city while waiting for instructions, they must navigate around the tensions between them, as they face many twists and turns along the way. Collin forms an inherently comedic duo with Gleeson to bring us the intricacies of a life of crime, in the most hilarious manner possible. 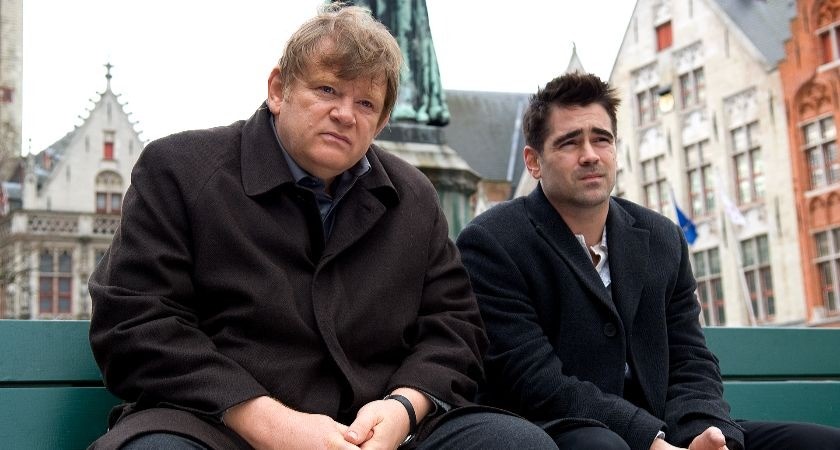 Set in the late 80s, Glow follows Ruth Wilder – a struggling actress who auditions for a wrestling promotion and the ensuing tension between her and the promotions’ director due to her erratic attitude. With a combination of the historical and the behavioral, the foolish and the honest, the series revolves around two great women in the center – Ruth and her best friend Betty Gilpin, whose amazing chemistry as friends, form the crux of the show. 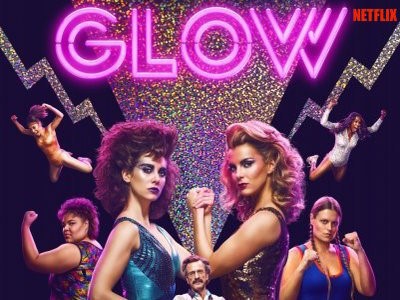 Netflix brings us the comeback of perhaps the most iconic stand-up comedians of our time – Chris Rock, showcasing his first stand up special in nearly 10 years. Chris does a really great job, talking about the most relevant themes; matters important to every American in his flagships style. For instance, racism, gun violence, racial profiling and more. 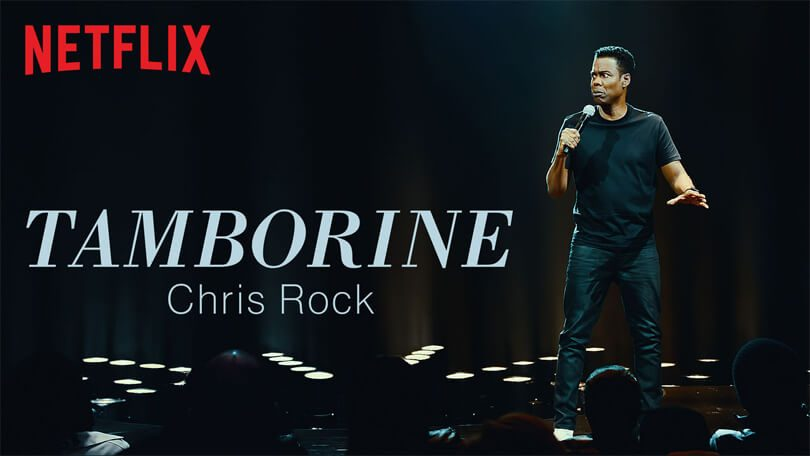 As a matter of fact, we like our comedies and our comedians to be funny. Both Lauren Graham and Alexis Badel are extraordinarily funny in this Netflix original in every way possible.

Gilmore Girls is frantic and it’s frantic on a vast spectrum, encompassing everything from slapstick to cringe into one excessive flow of comic excellence. It’s one for the Netflix comedy junkies.

The original series directed by the great Spike Lee was a trend setter, the first of its kind and groundbreaking featuring an all-black cast. This is a TV series reboot of the same, again featuring Spike Lee albeit as an executive producer. The main character – Nola Darling explores the concept of sexual freedom, seeking out multiple relationships with different men and juggling all of them together. The TV series like its predecessor boldly goes in areas, where not many others have attempted to go before. 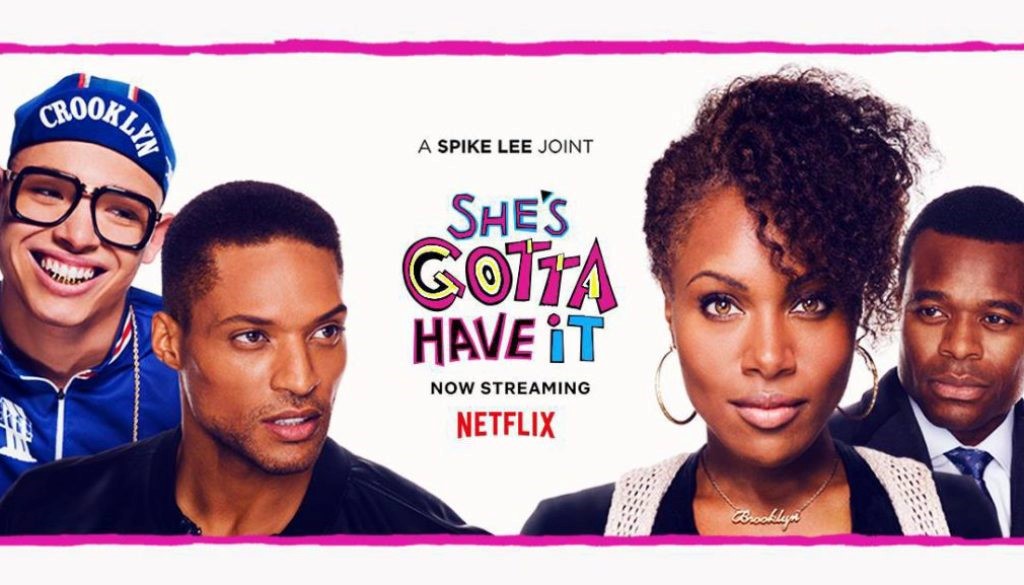 Atypical has a simple enough storyline for a comedy show. Sam Gardner is a teenager suffering from autism but wants to start dating. His father though initially thrilled at the prospect of his son gets startled when he finds out that, Sam’s girlfriend is his therapist. Now Sam must overcome his shortcomings while his friends and family help him learn the intricacies surrounding human relationships. Atypical is thought-provoking and gets you hooked about the transformation of its characters. 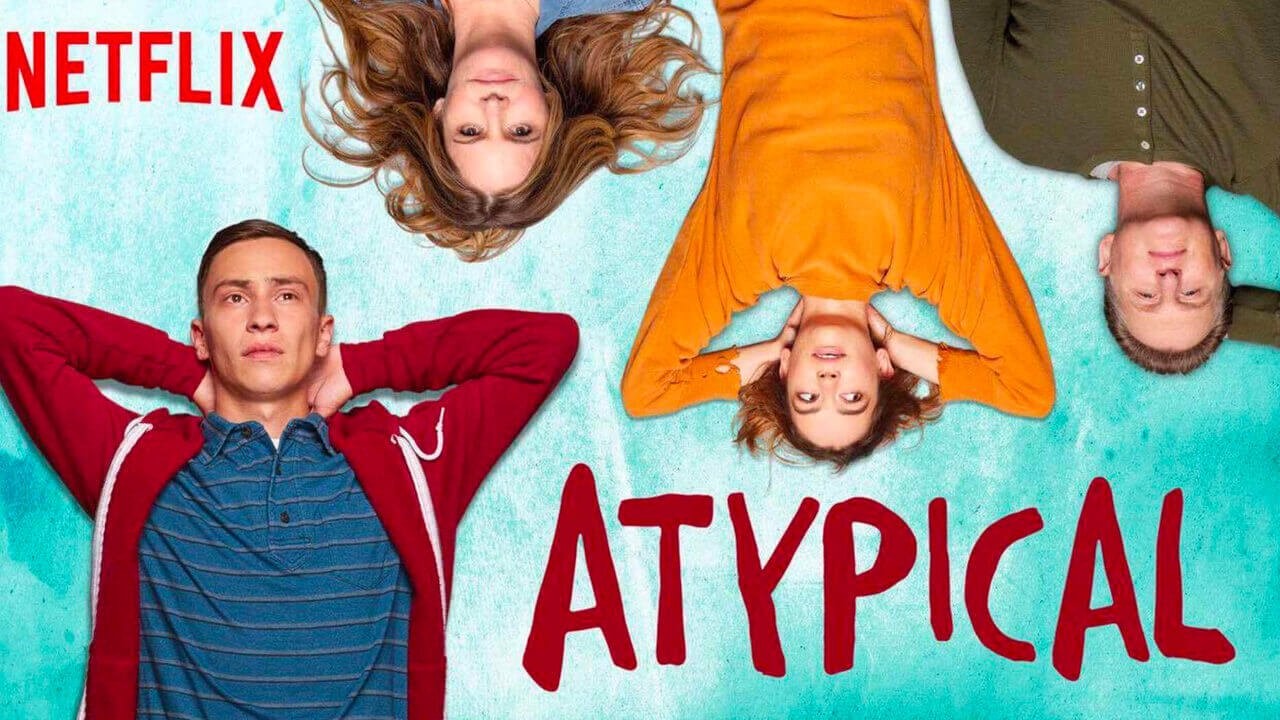 Friends from College portrays the lives of Ivy League graduates while they steer around their lousy yet romantically interlinked lives in New York City, although now they have entered their 40s. 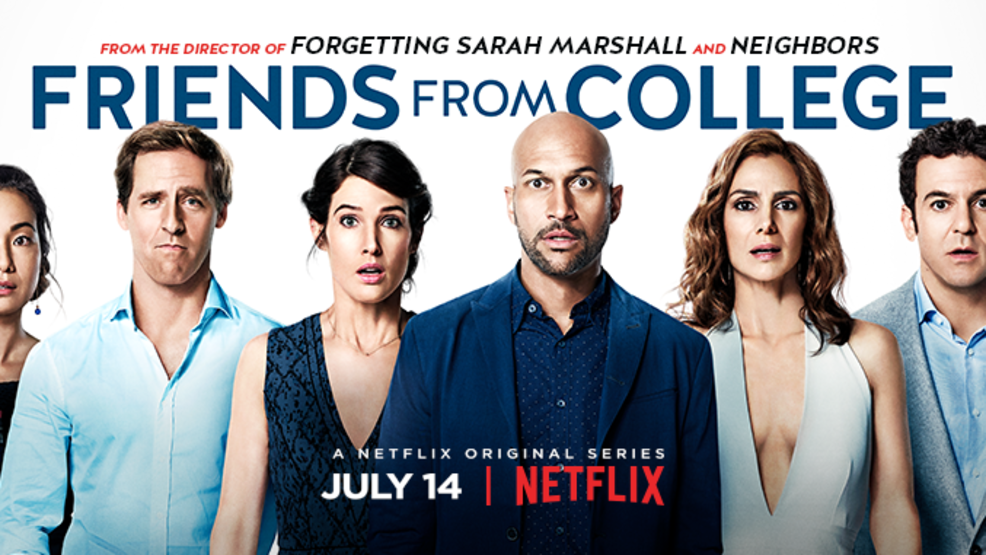 The show revolves around the friend’s struggles as they cope with their adulthood. Fans of the insanely popular “FRIENDS” series, this is for you! 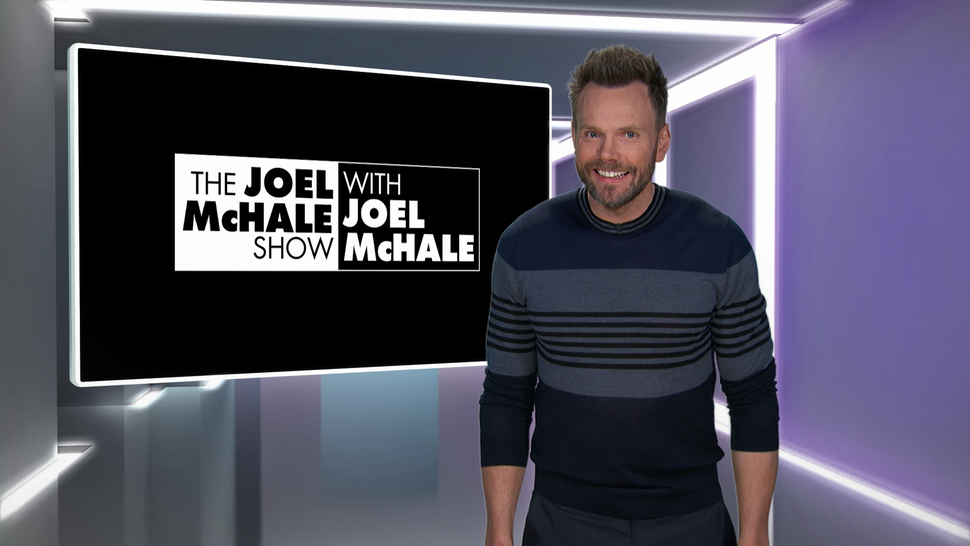 You can think of “The Joel McHale Show with Joel McHale” as the Buzz Feed of Netflix. Each show features different guest celebrities, trending topics, comedy sketches, and viral clips, social media trends pertaining to politics, social issues, and popular culture, proving to be more than enough for your daily comic relief.