X
We use cookies to give you the best user experience. I agree Find out more
Home
Disney VPN
How to Watch Disney Plus in Latin America

If you haven’t heard, Disney Plus has taken the world by storm. Even though it has a ton of content, and Disney fans are all up for a dedicated platform like this, a majority of fans are disappointed that they are unable to access the streaming service at their convenience. For now, Disney Plus is only available in the US, Australia, Canada, New Zealand, and the Netherlands. Eventually, it will make its way to the UK, Spain, Italy and France, but there are a lot of regions where it will remain inaccessible, like Latin America.

How to Watch Disney Plus in Latin America

Without wasting any time, the solution to your problem lies in a VPN. How a VPN works is that it gives you the ability to connect to VPN servers in different regions. Let’s say you are in Latin America, so what you need to do is to connect to a VPN server where Disney Plus is available. Once you have connected to a VPN server in the US, for instance, you will be able to access the streaming platform in all its glory.

Of course, you may be concerned about your privacy and security online, but you have nothing to fear. As long as you use a reliable VPN you will benefit from advanced security features like IPv6 Leak Protection, Public Wi-Fi Security, Military Grade Encryption, amongst many others, to ensure you stay off the grid. With a VPN your internet traffic will become invisible, making you anonymous. This means hackers and cyber-criminals will not be able to compromise you for streaming your favorite content.

On the other hand, if you are worried your ISP may be monitoring your activities, fear not, as a VPN will make you invisible to them as well. With a VPN, the possibilities are limitless!

Note: Make sure you connect to a VPN server in either the US, New Zealand, Australia, the Netherlands, Canada or Australia.

Disney Plus in Latin America with VPN

Stay clear of free VPNs, as they do more harm than good. If they are not making money off you, they are most likely going to sell your information to third parties and advertisers without your approval. Getting back to the topic at hand, Ivacy VPN is exactly what you need to stream Disney Plus in Latin America effortlessly and without hiccups.

Ivacy VPN has been around for a decade now, and it has a zero logs policy that guarantees you are protected on all fronts. Additionally, you will get unlimited bandwidth which is always a plus for streaming. Also, ISP throttling is real, but that will never be a problem for you ever again once you are connected to an Ivacy VPN server.

Getting a credit card from these regions is not easy if you are in Latin America, so you will need to ask your friends or family to help you out in this regard. Remember, this only works if they reside in any one of the regions where Disney Plus is accessible. So you sign up using their credit card information for the initial trial period, and before it ends, you change the payment method to your own credit card. Or you could let your friends or family pay for you, and you return whatever is owed to them separately.

Watch to Watch on Disney Plus in Latin America?

There is no denying the fact Disney Plus is late to the party, and they do not have much to offer like the streaming behemoth that is Netflix. But then again, what it does have to offer is quite interesting. There is something for everyone, so you can rest easy knowing you are not making a bad decision. 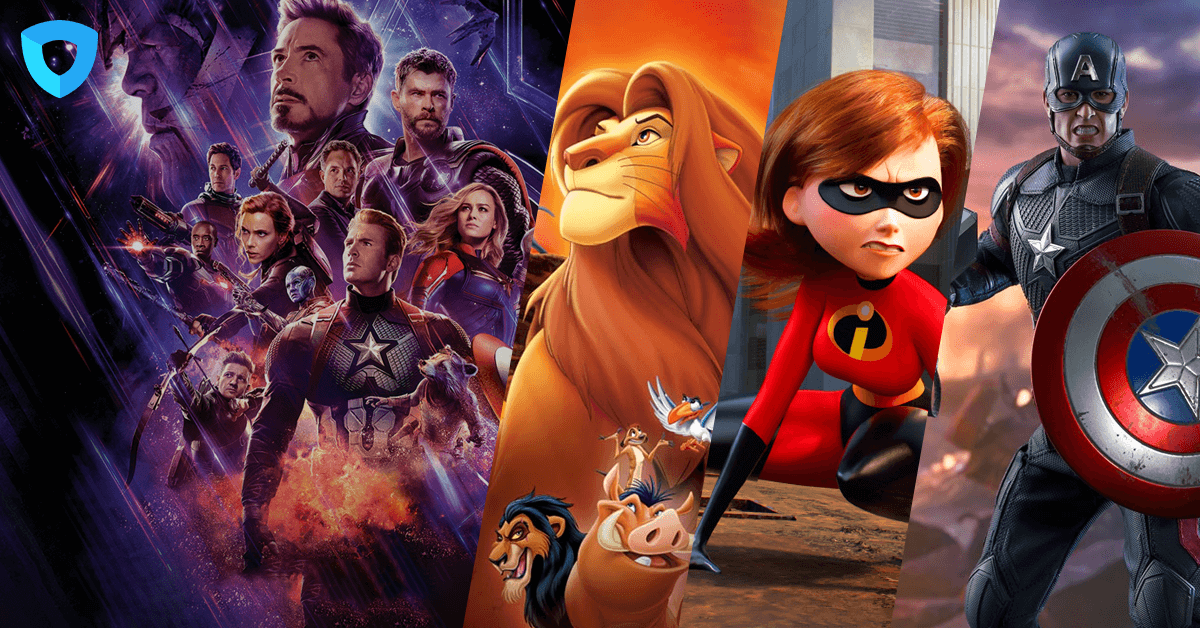 Netflix and Hulu may be ahead of the curve, but Disney Plus brings something unique to table. Because it focuses on delivering Disney related content, you will get it all under one roof, since most of it is not available elsewhere.

Disney Plus, at least for now, is ad-free. Nothing can be said about it changing later on, but it is a good thing nonetheless, especially considering how Hulu has ads, that is unless you pay more to get rid of them.

The reason why Disney Plus is being compared to Hulu has to do with the fact that they are both owned by Disney. On this note, both streaming services are quite affordable. If you want you can get Disney Plus, Hulu and ESPN Plus for no more than $12.99! Come to think of it, it is less than what you would have to pay for Netflix’s Premium Plan. So what do you get with this bundle?

You now have everything you need to watch Disney Plus in Latin America, and getting a Disney Plus subscription if you do not already have one. Moreover, you also have a better idea regarding how the streaming platform offers true value for your money, especially if you get the bundle. Make no mistake, Disney Plus in Latin America is not perfect, but what it does offer will make anyone reconsider sticking to just one platform.

Enough emphasis cannot be placed on the fact you will need to use Ivacy VPN to unblock and stream Disney Plus in Latin America without any hassles. Not only will you enjoy top notch upload and download speeds, but you will remain safe and secure as long as you are connected to a VPN server. Seeing how the internet is plagued with threats and privacy issues online, it is best you use Ivacy VPN to avoid any problems. It is not just a tool to watch your favorite content from anywhere in the world, but it is more of a necessity in this day and age.