New Year VPN Deal
Access 80+ Streaming Channels
For $1/mo Only!
Secure Up To 5 Devices
What is VPN VPN Protocols

What are VPN Protocols?

VPN protocols are an important part of your online security apparatus. The VPNs performance depends heavily on the protocols being used. They often act as tunnels through which online traffic is transmitted. Ivacy VPN offers different protocols to chose from, each with its own strengths and capabilities. 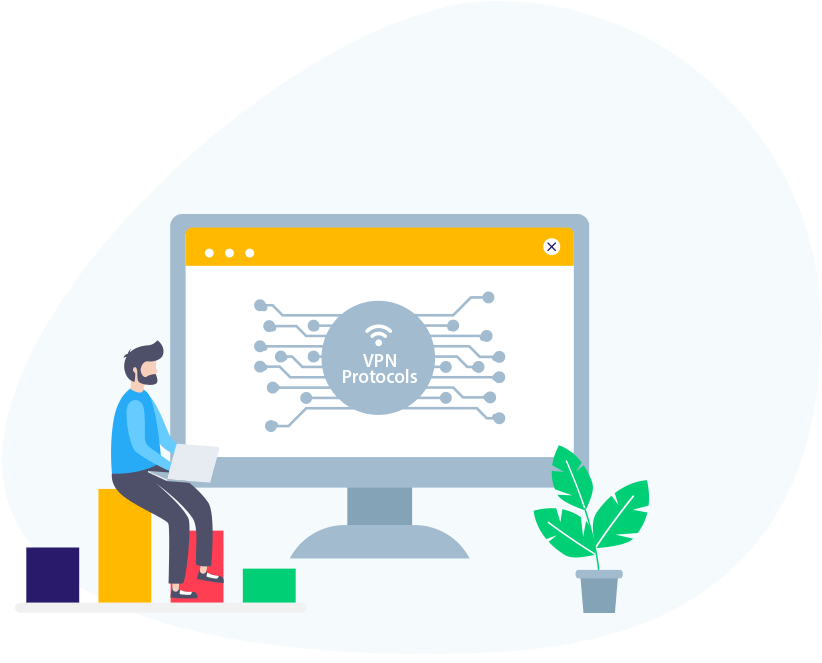 Here are the most common types of VPN protocols being used

UDP (User Datagram Protocol) is used as an alternative to the TCP to establish low-latency and loss-tolerating connections over the Internet.

TCP (Transmission Control Protocol) is used as a standard to define how network conversation through which application programs exchange data, takes place.

The data being transmitted through the L2TP/IPSec protocol gets authenticated twice which slows down the VPN performance a bit but ensures the highest security.

IKEv2 (Internet Key Exchange version 2) handles request and response actions by ensuring that the traffic is secure through the establishment of Security Association attribute.

The IP security (IPSec) is a standard suite of protocols existing between two different communication points across the IP network.

OpenVPN is a most secure VPN protocol which relies on SSL/TLS for establishing highly encrypted connections.

In this chart, you will find a thorough comparison of different VPN protocols.

Which VPN protocols should I be using?

It is difficult to say which VPN protocol should be used on a general basis since it depends on your purpose. Here are the use cases of some of the top internet protocols:

L2TP is an improved version of PPTP, which is why it can be used for downloading torrents, accessing blocked content around the globe and surfing the internet safely too. Perhaps, it is one of the best VPN protocol for gaming.

IKEv2 is best used for mobile device, since it ensures that the VPN connection remains stable, when switching back and forth from Wi-Fi to mobile data plan.

TCP is a general protocol which can be used for anything you do on the Internet.

OpenVPN should be your preferred option if you want to establish a secure and stable connection.

Of the hundreds of VPN services available online, some offer better security features while others offer a better number of IP addresses from which you can choose, but none offer a better combination of protocols and encryption systems than Ivacy VPN.

AVAIL NOW
30-Days Money Back Guarantee
Java-script is currently disabled, because of which some of the features of this website may not run properly.
Please enable your Java-script from your browser setting to experience complete functionality.
Live Chat