How To Watch Channel 4 Outside UK

Do you want to watch Channel 4 live online? This post will guide you if you want to know how to access Channel 4’s online system, and which VPN works best to that end. Following the steps mentioned below will enable you to stream Channel 4 for free, whether you live in the UK or another country. 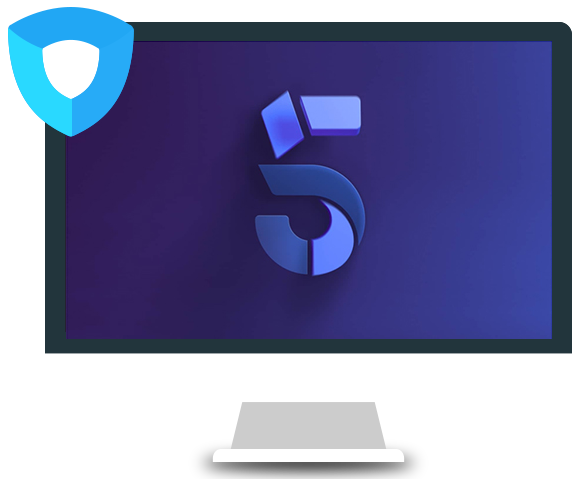 How to Watch Channel 4 Outside UK

Open the Ivacy app and connect to a United Kingdom server.

Watch Channel 4 Live online from anywhere in the world.

Following a policy which is similar to other streaming services, Channel 4 geo-restricts its content. This geo-blocking ensures that only users in the UK can watch Channel 4’s content. Users outside of the UK, encounter the following message when trying to access Channel 4:

“The service is not currently available in your area.”

Why am I unable to access Channel 4 online outside the UK?

Channel 4 blocks its content for the users outside the UK owing to the contractual agreements it is bound to follow. These agreements by production companies lay out the copyright-related restrictions, restricting their shows only to appear in the specified regions. Therefore, if you live outside of the UK, Channel 4 can’t legally make it’s content visible to you.

A VPN enables you to connect to a server located in the UK and trick Channel 4 into believing that you are in the UK, effectively bypassing Channel 4’s restrictions and making it possible for you to watch the live and on-demand content, no matter which part of the world you are.

A VPN makes it possible for you to route your data through a global server of your choosing via encryption, serving two purposes – enhancement of your online security and spoofing your location which means that with the temporary IP you are assigned, you can appear as though you are in a region other than the actual one.

How to assess a VPN for accessing Channel 4 Online

The first step in unblocking Channel 4 Online is choosing a fast and reliable VPN that gets the job done. Every VPN service is different concerning its features, strengths and weaknesses, and the kind of technology it employs. Therefore, it’s wise to take into account your online habits before committing to a particular VPN.

Some services prioritize speed above other features, while others’ strengths lie in creating a state of the art security setups. However, it should be a rule of thumb to look for services meeting the criteria below if you want to access Channel 4 online:

What good is a VPN if it records your personally identifiable information just like the others? An ideal VPN must implement a strict no-logs policy.

A VPN provider must have a sizeable network of British servers to choose from, to offer the best possible service to users, ensuring a 100% success rate when it comes to establishing a VPN connection.

VPNs are highly efficient when it comes to adding an extra bit of security to your internet connection. However, unfortunately not all security measures provided by the VPN services are of the same caliber. But, the best VPNs have robust security measures, including 256 – bit encryption to secure streaming sessions.

Any VPN that does not have good speeds and places caps on its bandwidth usage is not worth your money if you aim to use it for streaming Channel 4. It should be a red flag for buffering and pixelation.

Ivacy is the best VPN for unblocking Channel 4 online.

Following are the main features offered by Ivacy:

Ivacy has been awarded the fastest VPN 2019 award by BestVPN.com, which means that you will receive the best speeds without compromise the ping.

You need unlimited bandwidth when watching Channel 4 online live. Since Ivacy VPN does not set caps on its bandwidth, its users do not have to suffer due to buffering or any lags.

Ivacy hosts 1000+ servers in more than 100 locations which means that Ivacy VPN users can’t just watch Channel 4 online, they can also watch loads of other geo-restricted content, as they can easily access it from around the world.

Ivacy promises that it will never keep logs of your data, thus eliminating any chance of your data getting compromised or getting into the wrong hands.

Military-grade encryption strength – Their military-strength AES 256-BIT encryption uses a 2048-BIT RSA Key so that you can be sure of your safety online.

Ivacy VPN employs the military-grade AES 256 – bit encryption, which is the best in business and makes your connection impenetrable.

Streaming Channel 4 online with a VPN

You can follow these simple steps for unblocking Channel 4 with a VPN:

Voila! It’s as easy as that.

Can I stream Channel 4 online with a Proxy?

Both VPNs and Proxies work similarly – giving users a new IP address, but this is just about it.

Proxy services do not present a surefire way to watch Channel 4 outside the UK primarily, because they do not come with the array of extra security features that a VPN does. Moreover, services such as Channel 4 are well aware of the server addresses used by proxies, through their records, which is why access is banned.

Can I stream Channel 4 online with a free VPN?

It is possible but not recommended. Free VPNs seldom unblock Channel 4, and usually, end up leaving their users disappointed.

Not only do the free VPNs compromise user security – the providers don’t invest in the same degree of encryption systems, plus they are more likely to maintain and trade in logs of all your online activity. Free VPNs also can’t ensure reliable connection speeds, resulting in extremely frustrating streaming experiences, since the content is buffered.

Is it safe to use a VPN?

VPNs that bypass the geographical restrictions do so by violating the terms and regulations established by the content providers, which might land the users in trouble. However, if you were wondering if using a VPN is illegal, it is not. As of yet, no significant laws against VPNs exist on a global scale.

Apart from this, millions around the globe use VPNs for different purposes without running into any trouble.

Here are the top 3 most popular shows on Channel 4:

The show follows Erin and her friends as they grow up in an Ireland that has increasingly become a police state, with multiplying British Army check posts and vehicles. The show is a unique insight into teenage love, friendship, and violence amid war-like conditions.

This sci-fi drama series takes place in a parallel universe, where technology is so advance, lifelike humanoids called Synths have become a status symbol – a must-have for all families. Joe Hawkins decides to buy one to assist his wife at home, but she feels discomfort around the humanoid. The show deals with the human-AI conflict and how society attempts to reconcile it and come to terms with artificial intelligence in their homes.

Friday Night Dinner gives its viewers a reflection of their households that they can relate to while focusing on themes such as sibling rivalry, parenting, and co-existing with creepy neighbors.