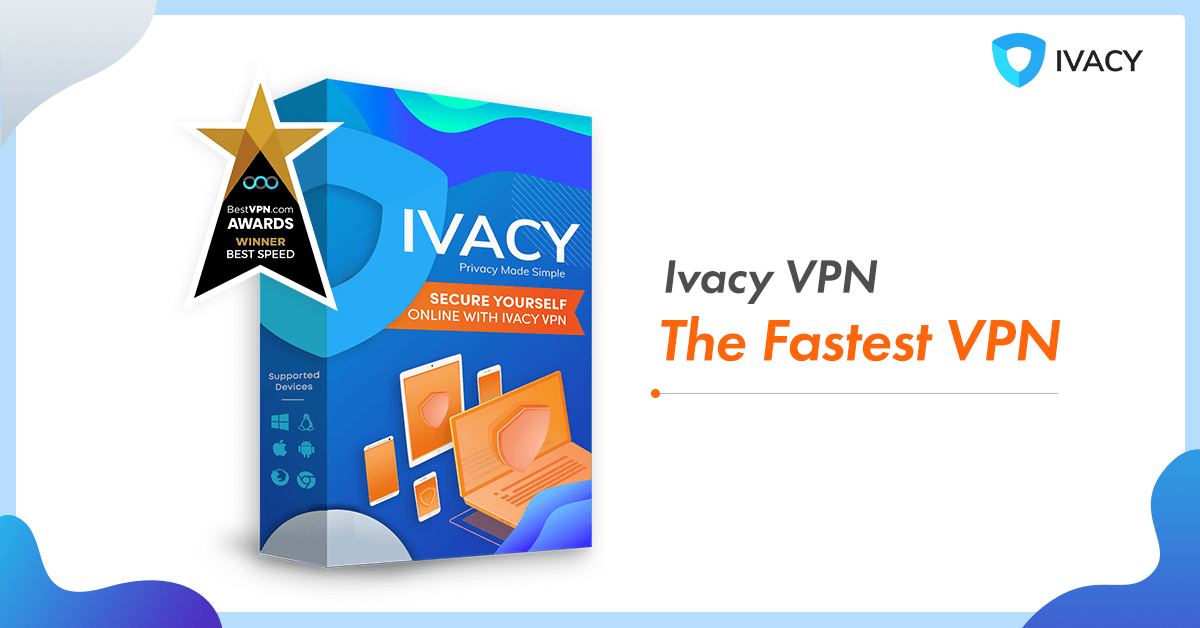 If you are looking for the fastest VPN out there, you need not look further than Ivacy VPN.

Ivacy VPN is the industry’s fastest VPN, and it received the Fastest VPN award for its accomplishment during the BestVPN.com Awards in 2019. What is interesting is the fact that Ivacy VPN continues to remain the fastest VPN for those that want a speedy online experience.

According to a recent comparison by ProPrivacy, Ivacy VPN efficiently manages to steal the show by offering unparalleled speeds, as is evident below: 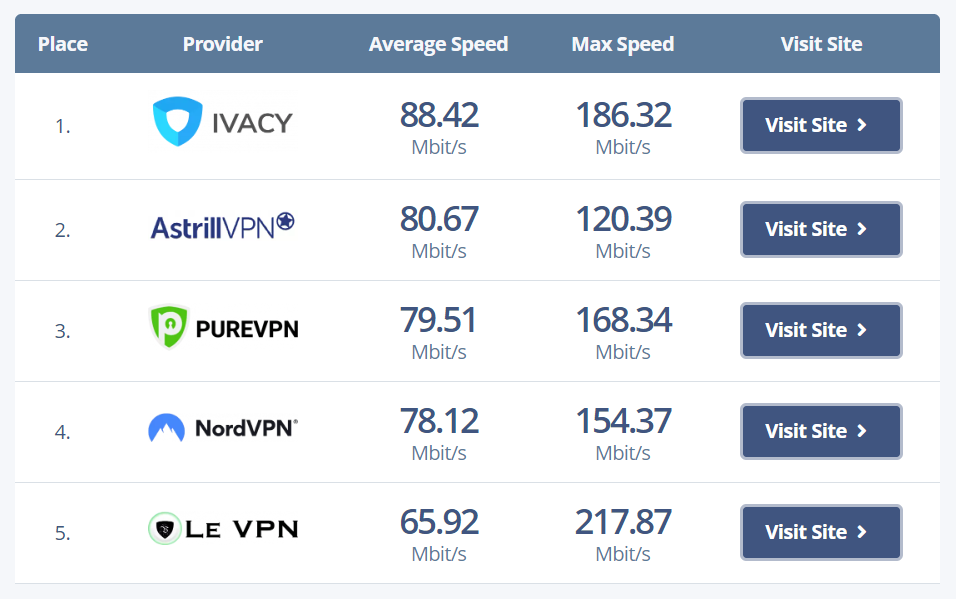 Why opt for the Fastest VPN?

Is a fast VPN reason enough to get Ivacy VPN? Yes!

For starters, you will get access to the fastest VPN servers, meaning you will be able to browse and stream effortlessly. Additionally, Ivacy VPN delivers servers networks that provide speeds in excess of what you have available at home. Even though this does not mean you will get excess speeds for what you are paying to your ISP, you will get more or less the same speeds that were promised to you. This is important because while using a VPN, slowdowns are to be expected. However, that is not the case with Ivacy VPN!

If that is not enough, if you are facing ISP throttling, Ivacy VPN could be the perfect solution to get blazing fast speeds without having to resort to other tactics. Most importantly, you will be able to solve your bandwidth throttling problem without your ISP knowing about it.

Whether you want to unblock content, overcome ISP throttling, or enhance your security and anonymity online, you will feel right at home with Ivacy VPN. 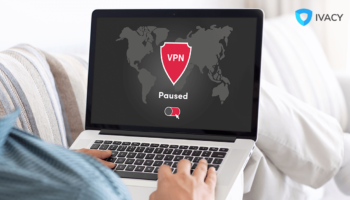 Everything you need to know about Pausing your VPN 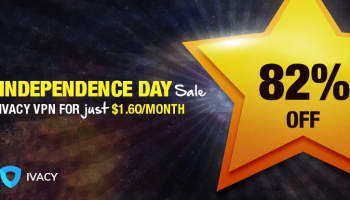 Hooah! Avail The Biggest 4th Of July VPN Deal Of The Year! 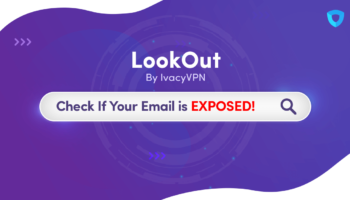 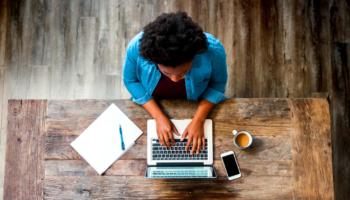