How To Watch YLE Fem Live Stream Outside Of Finland

If you miss Finland, you can get a taste of it from any region by checking out YLE. Unfortunately, the platform is unavailable in other regions due to geo-restrictions, but that will no longer be a problem. To access YLE Fem from any location, you will need to connect to a Finnish server via a reliable VPN, like Ivacy VPN, and you will be good to go! 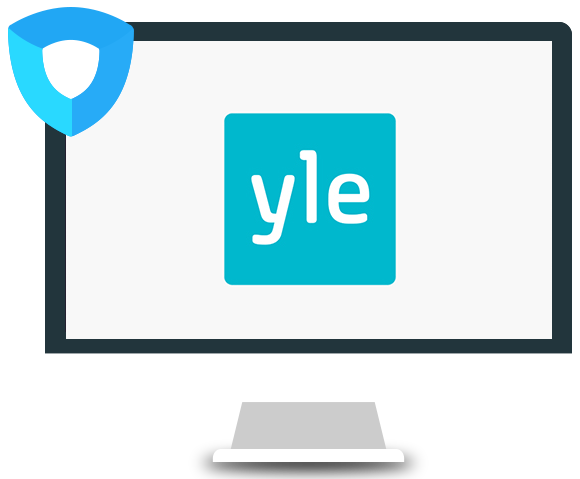 How To Watch YLE TV Live Outside Of Finland

Though this may stagger you at first, fear not. Ivacy VPN can help you to unblock the content on YLE Areena in just 3 easy steps.

Open the Ivacy app and connect to a Finnish server.

Watch YLE Live online from anywhere in the world.

Nothing is more annoying than not being able to watch the YLE fem live stream if you are from Finland. Living outside Finland and trying to access a top Finnish streaming service like YLE is extremely tough. To have free access to the platform, you must be in Finland or have a Finnish IP address.

If you are looking for an easy-to-follow, step-by-step process that would allow you to bypass geo-restrictions and watch your favorite channels on the YLE, you’ve come to the right place. The cheapest, simplest and quickest way to do that is by using a VPN service, and Ivacy VPN is the best option. By connecting to a Finnish server, you would instantly get a Finnish IP address and be able to access the YLE Areena VPN outside Finland.

Here are some steps you need to follow before grabbing a bowl of popcorn and watching your favorite shows.

Geo-restrictions imposed on YLE are exceptionally strict, and it is almost impossible to access the service outside Finland. On their website, YLE has meticulously stated that in compliance with EU rules regulating policy, the material featured on the website is only accessible for listening and viewing for those users who have a permanent domicile in Finland. Fortunately, you can still access the platform with Ivacy VPN.

Before you do that, though, we’re sure you’ll want to know more about what you can watch live on YLE fem live stream!

Since Finland is a bilingual country, some programming offer Swedish subtitles.

What Dramas can I Watch Live on YLE TV2 Live Stream for Free?

Apart from nearly all of the news and current affairs programmes, there is an abundance of YLE TV2 live stream content. Most of this content includes domestic programmes broadcasted by the YLE (82% to be specific), domestic programmes mostly include dramas. Here are a few famous titles you can enjoy on the YLE service.

This one is a popular Finnish comedy-drama that is currently running on the YLE Areena, the drama revolves around a mother and a daughter who, despite being utterly different from each other, have a lot in common. The drama highlights the insecurities of modern women and the endless demands they have for themselves. The drama is a lighthearted reminder of the unrealistic expectations for ourselves in life.

Kallannuput is guaranteed to keep you hooked, and you would want to binge-watch it. If all this sounds interesting, don’t miss the show on the YLE fem live stream.

Another gripping drama that you can watch live on YLE for free is Hidden Land of Shadows; it is an intense psychological thriller that is especially popular among people who are 18+.

The story of this close-knit thriller revolves around a man named Cadi John, who has recently returned from the military to his hometown and finds out that things haven’t been the same since he left.

The drama is on its third season and has aired six episodes up; it is a must-watch for people who love suspense. So what are you waiting for? Go to your YLE fem live stream with Ivacy VPN and start binge-watching it today!

TV shows close to reality have their charm; most TV shows depict real-life situations have proven to be more successful. We are looking for something that we could relate to at the end of the day. One genre that not only depicts real-life situations but also has a special place in almost everyone’s hearts is the medical drama genre.

Medical Science is a rich source of stories and intrigue. The popularity of medical dramas such as Grey’s Anatomy, House MD, ER, and The Good Doctor illustrates this category’s popularity. A known psychological fact that proves why we are in love with these shows is that we love to learn about ourselves from other people.

One such fantastic hospital drama is Syke. With an unending adrenaline rush, Syke takes you through heart-wrenching cases while familiarizing you with the people who deal with these emergencies. The drama features nurses guiding their patients through life-threatening traumas, injuries, diseases, and health conditions; if you have a thing for such stuff, this one is guaranteed to keep you engaged for hours.

When you watch YLE Areena, you would not only come across dramas made for adults but also find numerous shows targeted explicitly toward younger audiences. YLE Areena also caters to younger adults; one such TV show is the “Home Street Gang and Green Light”.

The plot of this show revolves around six friends who live on the same street. However, one evening, a friend disappears with his family, and everyone sees a mysterious green light before they vanish.

The show takes you on an adventure with the five friends who take on the mission of finding their missing friend. They didn’t expect they would come across numerous unexplained things before the mystery of the missing friend and the green light was solved.

Another show for younger audiences is the 17 sytten, which documents a young man’s journey navigating his way through his adolescence and the obstacles he faces. A wrong decision could alter his path in life. A touching series, 17 Sytten is undoubtedly worth the watch.

Yet as it has already been mentioned, it is not just visual content that YLE Areena has to offer. You can now listen to your favorite entertainment.

Listen to Radio on YLE Areena

Radios are considered companion mediums; they serve as your companion while no one is around. Despite being surrounded by high-tech items, many people still consider listening to the radio. They have even agreed that the radio makes them feel connected without having to put in too much energy.

Listening to the radio has its charm; in the good old days, people listened to sports coverage in their cars. Now you can complete tasks around your house while you catch up on what is going on in the football match. YLE Areena covers all that for you and keeps the charm of a radio intact; people even claim that listening to the radio also makes you a good listener and gives you confidence.

If you can listen to the sport, it only seems logical that you should also be able to watch it if you want to!

We’ve had entertainment, and we’ve had some sport. You know what’s coming next.

YLE Areena is an excellent repository for documentaries – they are divided into four different sections.

Culture: John Ford, Deep in America. An illuminating documentary about the cinematographer John Ford, this documentary focuses on the American landscape that Ford has captured so beautifully in his works.

Nature: Avara Luonto: Pedioista Suurimmmat. This is one for you giraffe lovers as they explore perceptions of this magnificent beast throughout time.

History: Kielletyn kaupungin salat – Exploring the secrets of the secret city, you can stumble upon beautiful old ruins from the comfort of your own home.

Lifestyle: Apua, olen vihainen – This explores a unique theme: how we deal with anger daily.

There’s an extensive range of programmes on YLE Areena that will keep you entertained. The quantity of content means that all demographics will find something to their liking on YLE TV.

Whether you’re a homesick Fin or want to improve your Finnish (or Swedish, remember!), streaming YLE Areena with the help of Ivacy VPN is a viable solution.

When entertainment mediums are constantly evolving in today’s world, YLE offers us a glimpse into the future. A collection of content is available to stream at the viewer’s discretion.

According to their website, the service is initially free. Later, you are required to register to access the service. When you register, you have to pay a television fee, which is fair as you get all the advantages of a TV from anywhere!

Can I watch YLE Areena Live?

Unfortunately, this convenience is only afforded to those who live in Finland. If you try and take advantage of this from overseas, you will be greeted with a stark message. However, we understand if it’s hard for you to give up watching YLE TV2 live stream free to catch up on your favorite movies, TV shows, events, and programs if you’re traveling or living outside Finland.

Luckily, there are ways to watch the YLE fem live stream outside Finland. One of them is to subscribe to Ivacy VPN and let it replace your original IP address with the pseudo IP address that will allow you to pose as a Finnish resident.