How To Watch TV4 Online Outside Of Sweden [Updated 2022]

One of the largest TV broadcasters in SWEDEN, TV4 offers a range of programming from breakfast television to the Swedish version of Jeopardy! With Ivacy VPN, you can bypass the geo restrictions that limit TV4 to Sweden. 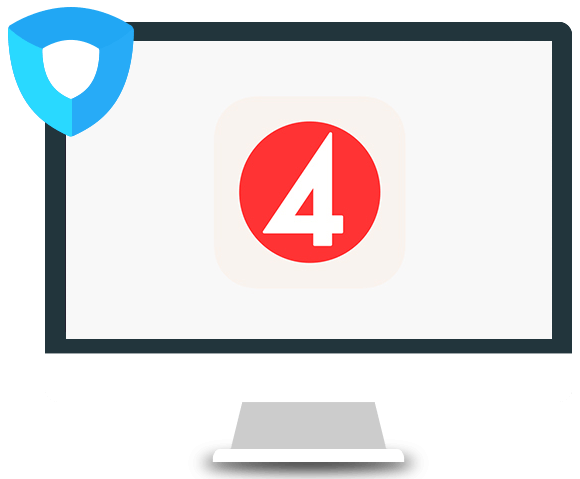 Here's How To Unblock TV4 In Your Region

To instantly watch TV4 Outside Of Sweden, follow the steps mentioned below:

Open the Ivacy app and connect to Sweden or another server.

Watch TV4 Live Stream from Outside of Sweden.

TV 4 is home to the best of Swedish entertainment. From original sitcoms created in Sweden, such as Rena Rama Wolf to Swedish versions of programs all around the world such as Fort Boyard, the broadcaster offers a pick and mix selection of Swedish language programs.

TV4 is not limited to entertainment either – its news programming is widely watched in the country and helps you to keep up to date with both Swedish and international news.

Unfortunately, you cannot take advantage of any of these forms of entertainment if you live outside of Sweden. Under every program, such as Maria Wern which was attempted to be accessed without Ivacy VPN, comes the message: ‘Rights: Can only be watched in Sweden’. 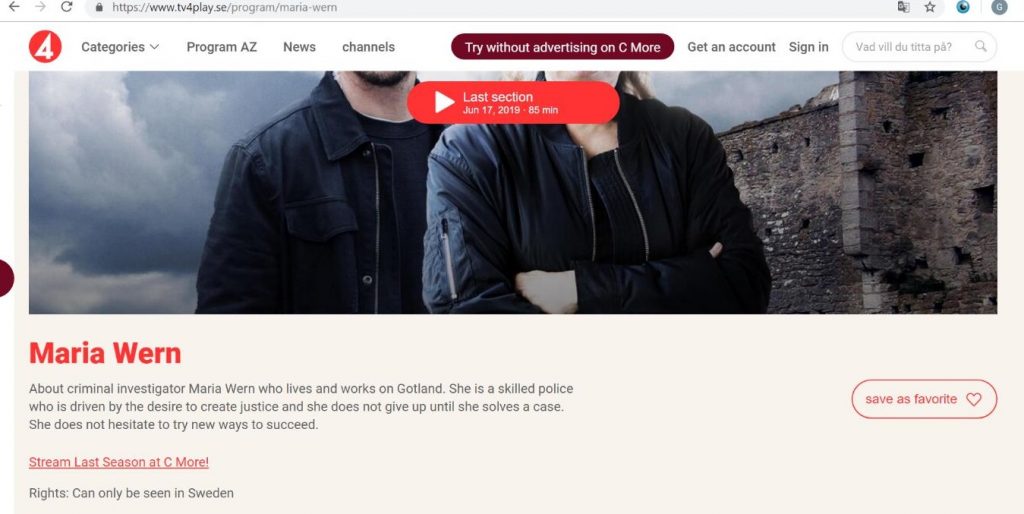 With Ivacy VPN, you can solve this problem in 3 easy steps.

What Can I Watch TV4 Live Stream Free?

Let’s have a look at some of the entertainment that TV4 has to offer in some depth. As it offers content from TV12, TV4 Facts, and TV4 Gold, there’s a lot to get through.

A heartwarming modern sitcom, Finaste Family takes away the traditional focus on the nuclear family. The attention is directed instead towards Magnus, a divorcee who still lives with his mother yet somehow manages to maintain an eventful dating life…

Translating directly to ‘Goose mother’ the best translation in English would be ‘mother bear’. Sonja will do anything to protect her children, even if this means conflict with her husband who engages in illicit activity.

A third drama to finish off the trio, TV 4 allows you to watch Sjuksystrarna på Fredenslund online.    This drama series is based on Denmark in the middle of the 20th century. A Swedish period drama that shows the changing dynamics of the time.

All of these dramas are a part of the Seriesommar på TV4 Play which means the ‘Summer of Series’.    When the long hot days simply get too much to handle, kick back and relax with Swedish dramas.

Of course, it’s not all drama on TV4.  You can also stream documentaries on TV4.

Jock-Steffe is a three-part documentary about the Swedish mafia leader Stefan Erikkson. Offering an intimate look into his lifestyle and how he got there, this documentary shows how exciting life stories don’t have to be limited to fiction.

Sticking with the biographical theme then, TV4 presents a documentary about the famous political figure Bert Karlsson. He’s divided opinion since 1983, and this documentary addresses the reasons why he caused so much controversy in the first place. Even the documentary in divided… into two parts!

TV4 also offers documentaries from far and wide such as Simon’s choice .This British documentary closely follows Simon, who must make a decision about ending his life soon after he is diagnosed with a terminal illness. Swedish subtitles are of course provided.

You can stream the sports news separately on TV4, which means that if you only watch the news to get up to date with sport, then you’re in for a treat! Watch 4 SPORTEN on TV4.

If you are a horse-riding fanatic, then Trot and Canter will provide you with much joy. A predominantly Swedish sport, TV4 offers fantastic coverage not only of the sports event but also a separate analysis program dedicated to it.

The Hockey Lab is an advanced ice hockey analysis program that uses state of the art technology to speculate on ice hockey games. Professional Hockey analyst Petter Carnbro is part of the presenting team, delivering sound insight into what is going on in the Hockey League.

TV4 boasts of many breakfast programs and chat shows, one of the most famous of these being Efter fem del 115, säsong 1.

Tilde de Paula Eby brings on guests from all walks of life to present a fun, informal chat show.

TV4 membership is free. All you have to do is create a login on their website so you can track what series you have been watching and recommendations can be tailored to your needs and preferences.

All in all, it seems apparent that whether you’re a homesick Swede or just interested in the original Swedish sitcoms and dramas, TV4 is an incredible channel to unblock.

With Ivacy VPN unblocking TV4 is made hassle-free. Catch up on the best of Swedish content without worrying about geo-restrictions with Ivacy VPN.