If you want to watch Sony Liv live Streaming online from outside of India or from anywhere in the world, you can use Ivacy VPN, connect to an Indian server and watch your favorite content being streamed live on Sony Liv right now!Simply follow the steps mentioned below. 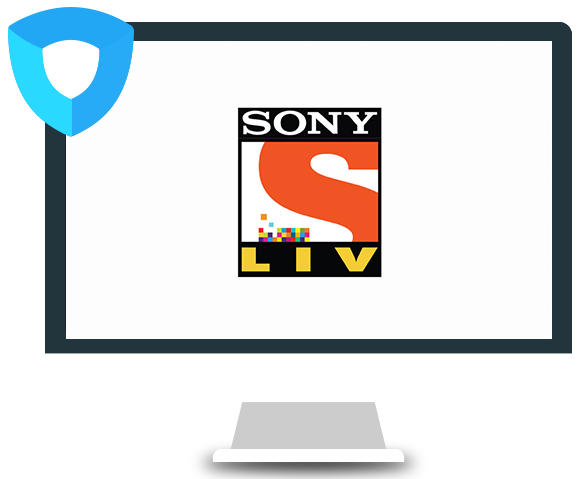 How to Watch Sony Liv Live Streaming In USA

Enjoy Sony Liv Live streaming from anywhere in the world

What is Sony LIV?

SonyLIV is a streaming entertainment service that allows you to watch exciting sports matches, movies, and TV episodes. SonyLIV has something for everyone, whether you’re a Bollywood enthusiast or a sports fan. The program is ideal for sports enthusiasts and Indian expats who crave home and wish to watch Bollywood material.

How Much Does a Sony LIV Subscription Cost?

Sony LIV now has only one plan available for its consumers, which costs Rs 999. In addition, the firm is providing a free subscription that allows you to view certain movies and TV shows. However, Sony LIV’s subscription features a freemium model with ad-supported content.

Here’s all you need to know about Sony LIV subscriptions:

You can also watch live sports, as well as live WWE events, PPVs, live WWE RAW and WWE Smackdown, and NXT. The subscription package also includes advertisements, but exclusively for Live Sports and TV channels. Moving on, you may watch kids material and have up to two concurrent viewing experiences. The plan also allows for offline downloads and the creation of up to five profiles.

If you are not in India, it is next to impossible to access Sony Liv USA. The only way this can be fixed is by using a VPN. With the help of a VPN, like Ivacy VPN, you can connect to a VPN server in India, after which you can stream any and all content on the streaming platform.

What is really interesting about using Ivacy VPN to access Sony Liv is you will not have to get out of your way to gain access. Once the app has been installed, you can choose from a multitude of streaming channels to get your fix. To make this possible, simply follow these instructions:

Apart from accessing content that would have been unavailable otherwise, you will also benefit from impenetrable security and privacy.

As long as you are connected to the VPN server, your internet traffic will be masked through and through. This means hackers, cyber-criminals, surveillance agencies, and even your own ISP will not know what you are up to online. Seeing how cyber-attacks are increasing on a daily basis, this is a good way to make sure your private and confidential information does not land in the wrong hands.

If you are wondering what Sony Liv live TV has to offer, you will be surprised to know it has much more to offer than just sports. Sony Liv live streaming football may be great, but you get plenty more content to sink your teeth into. You get everything from movies and TV shows.

The best part? You are not restricted to Indian content, and can, in fact, check out some of the most popular Hollywood shows and movies like The Girl on the Train, Apocalypto, Jeepers Creepers, and Meet the Drapers and much more!

Dealing with streaming issues? Use Ivacy VPN for seamless streaming.

The current fav at Sony LIV is everybody’s favorite KBC’s new season featuring Amitabh Bachchan. Apart from that, the platform has a lot of content for Bollywood fans worldwide. The most entertaining shows on Sony LIV include Taarak Mehta Ka Ooltah Chashmah, Scam 1992, The Kapil Sharma Show, Kahani Ab Tak and Crime Patrol.

Apart from that, the fans and premium users can also enjoy watching various sports matches on Sony LIV like the UEFA fixtures, Formula 1 races, FA Cup, Tennis and WWE entertainment along with other sports!

Why do we need a VPN for Sony Liv live streaming free watch online?

You need a VPN for Sony Liv live streaming free watch online if you’re trying to access the platform from a country where Sony Liv is blocked. What this does is to make your browsing completely anonymous and private, letting you slip past any geo-blocks or restrictions in place, without alerting the government surveillance.

Not only does this let you enjoy Sony Liv live streaming from anywhere in the world, it also ensures that all your communication with the internet is secure, private, and risk-free, letting you browse the internet without the risk of getting hacked into, or having your personal information stolen from you.

How many devices can use Sony Liv?

It’s no fun being able to access Sony Liv on just one platform isn’t it? This is why, this incredible media beast allows its users to access it from 5 different devices at the same time. This means you can literally enjoy Sony Liv live streaming free watch online from your laptop, phone, android TV, macbook and FireStick, all at the same time! Cool, isn’t it?

How to watch Sony Liv live streaming outside India?

Even though Sony Liv is an Indian platform, and is hard to access outside India, there are certainly ways to catch up on your favorite shows and movies on the platform outside India. The best way to do this is to use a VPN service to mask your original IP address and connect you to the internet via a proxy server in India.

This way the platform will recognize your request for accessing Sony Liv live streaming as a request coming from an Indian server, no matter where in the world you are!

Is Sony Liv free with Airtel?

If you’re already an Airtel subscriber, all you have to do is to download the Airtel Xtream app and get a 10% discount on the Sony Liv subscription. If you’re looking for a free alternative to watching Sony Liv live streaming, you can watch all your favorite shows and movies for free using the Airtel Xtream app or by visiting the website.

Is Sony Liv free with Jio?

Is Sony Liv free on FireStick?

Can’t do without your Amazon FireStick, can you? If you’re looking to catch Sony Liv live streaming from your Amazon FireStick; here’s news for you. The app is free to download, however you will still have to pay premium charges in order to enjoy ad-free, high-quality content.

Now that you know what to do to benefit from streaming Sony Liv live, make sure you make the best of it. Do keep in mind though, you will need Ivacy VPN to avoid geo-restrictions and to stay safe and secure online. Apart from that, with Ivacy you can get the best possible upload and download speeds and it allows unblocking Disney plus too.

A lot of people are not aware of the fact that ISP throttling prevents them from enjoying a seamless streaming experience. This too can be prevented by using Ivacy VPN. With so much to look forward to, use Ivacy to get access to tons of content on Sony Liv.