RTS Live Stream is an incredibly popular Swiss channel, but it can’t be accessed outside Switzerland due to geo-restrictions. Fortunately, users abroad can unblock RTS by using a reliable VPN, like Ivacy VPN. In this blog, you will learn how to do just that, and so much more! 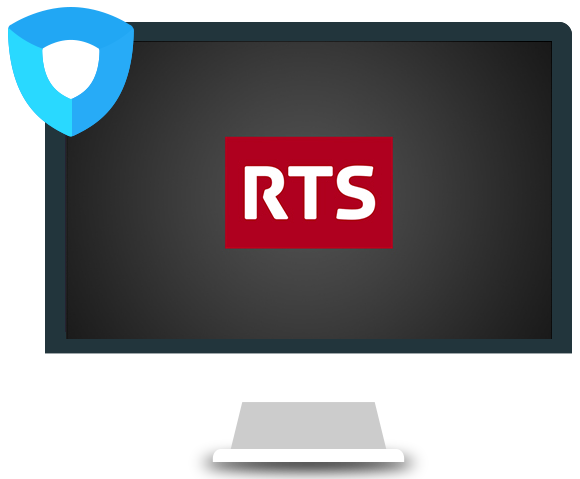 How To Stream RTS Live Outside Switzerland

Open the Ivacy app and connect to a Switzerland server.

Watch RTS Live Online from anywhere in the world.

The programming consists of entertainment, culture, information/news, and sports-related shows in both live and replay formats and offers a broad range of entertainment options to its audience.

However, when it comes to streaming RTS live, the company does what other major streaming platforms are doing – it blocks you from viewing its broadcast if you are not presently located in Switzerland.

The reason is that the broadcasting company does not own the rights of the content for all the countries. Therefore to watch RTS live stream directly, you have to be in Switzerland.

Other than that, many users know the French language and are a fan of original French programming, which is precisely what the content of RTS is. You will face the same blocking.

In each of the above cases, you need a robust and reliable VPN to bypass the blocking and allow you to watch your favorite live stream.

Ivacy VPN has a wide range of servers for unblocking geographical restrictions and other benefits to better your streaming experience.

How to Unblock RTS: Step-By-Step Process

RTS live stream is blocked for all the users outside Switzerland. This prevents international users from accessing the platform and watching the content they like. But this issue can be resolved by Ivacy VPN.

RTS servers can track their user’s location from their device’s IP addresses. The IP address of every device is unique, but a region’s devices have similar IP addresses. This way, whenever a user with a different IP address than Switzerland’s, tries to access the live stream, it gets blocked by the servers.

With Ivacy VPN, you can choose a region from the list of servers available. What it does then is that it hides your original IP  address and makes it look like your desired region’s. So, when you access a blocked website, it is tricked into believing that you belong to their location. That’s how you get access.

To unblock RTS, you only need to follow three simple steps

How does RTS block you from accessing RTS Live Online

Whenever users from anywhere outside Switzerland try to access the RTS live stream via an online website or application, the same error appears, which says that the platform cannot be accessed at your current location. This is because the RTS servers are aware of the area of their use as they can track it using their IP address.

Internet service providers are the reason behind this error. They allow servers of platforms like RTS to track the location of their users via their provided IP address. This way, they can filter out which users gain access to the platform while the rest’s entrance is blocked.

This is called geo-blocking, and it is imposed by almost every streaming platform like RTS live stream. This is how these sites protect the copyrights as per the law of the content present on the forum. Another reason for geo-blocking is to keep the content unique and increase the demand to capture the market. 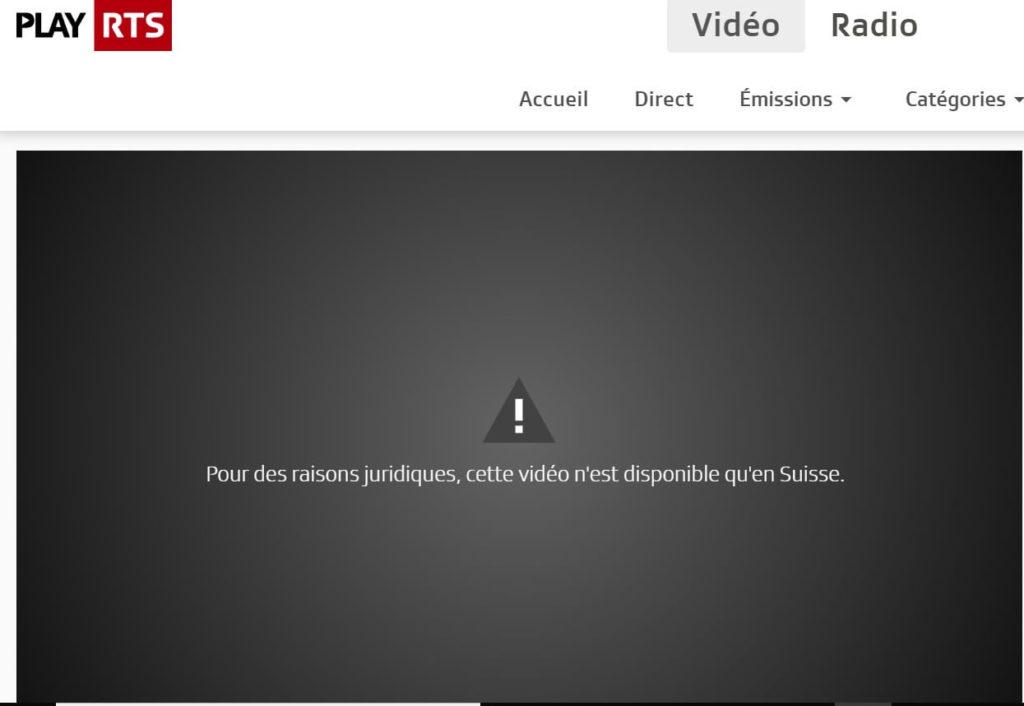 Ivacy VPN is a popular VPN service trusted by users worldwide for its quality service and in the domain of speed, unblocking, and privacy. On application stores of compatible devices like iPhones, Android phones, Windows, Mac, and others, Ivacy VPN has high ratings and many positive reviews, which makes it an overall good VPN service to buy. Following are some of the reasons why Ivacy VPN is the best option for accessing the RTS HD live stream:

The RTS broadcasting company uses the Play RTS app to provide its users with a more accessible platform to watch RTS sport live stream. The applications are optimized for the devices and provide a better streaming experience than the online web. The application is available on the Google Play Store, Apple and Mac Apps Store, and Microsoft Store and presents the following benefits: 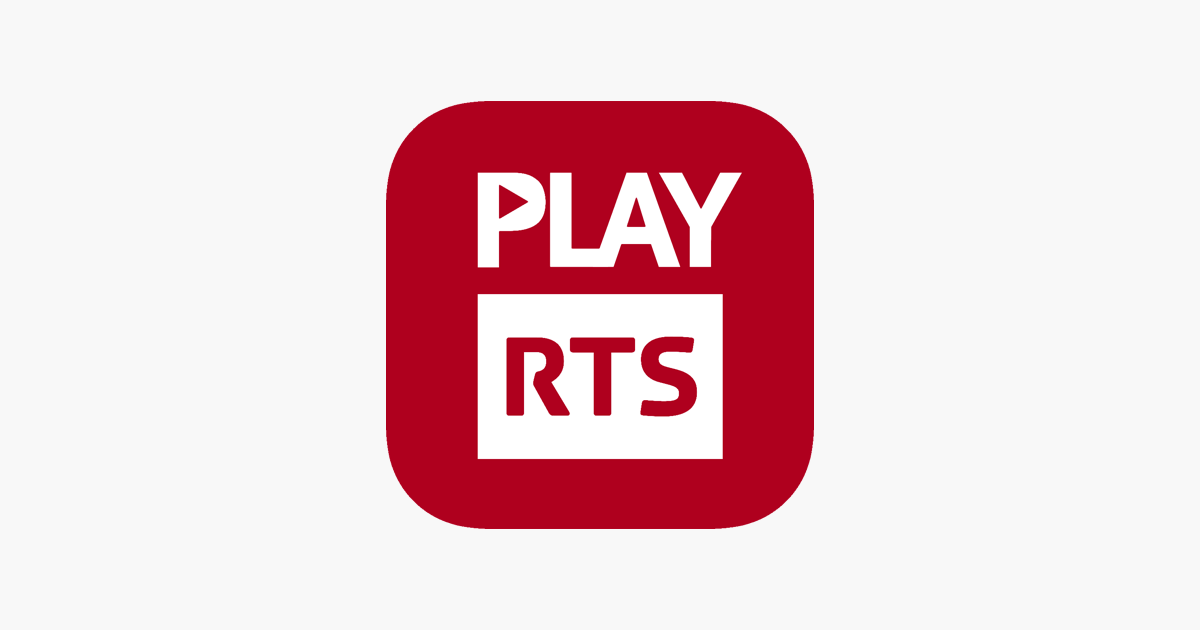 RTS programs are classified into the following categories concerning what they host, including info, sport, series, kids’ section, and primetime, all of whom are available on:

The first two channels broadcast several TV shows, including sports, international and national drama series, kid shows, etc. RTS Un and RTS Deux are best if you consider getting some entertainment for yourself or your children. RTS info is mainly about news shows,  world matters, and related shows to keep you informed about the world, the national and sports news

Can I stream RTS live on my mobile?

Yes, RTS live can be streamed easily on your mobile devices. You have to be residing in the unblocked region of the Play RTS application for RTS live. If you are in the blocked area, you can change your country in the settings.

The Play RTS application has a stellar four-star rating, and the application allows you to watch your favorite French shows directly from your mobile phone. The mobile application can come in handy, especially when the user is traveling.

Similarly, Ivacy VPN can also be downloaded on your mobile, so your streaming does not stop. The experience remains the same as any other device of yours.

No matter which device you use, whether it is a smartphone, your laptop, or a tablet, Ivacy is readily available for you since it supports all major platforms and can protect you on ten devices simultaneously. This way, you don’t have to face the nuisance of constantly logging in and out of different devices. Just a single login is enough to unblock the world of RTS live entertainment.

The RTS channel has a huge number of popular shows. It is the best way to watch some amazing Swiss stories, films, and documentaries that cannot be found on any other platform. The channel allows users to watch content in multiple languages and subtitles, including Italian, French, and German. Here are the five top-rated shows available with French subtitles on RTS live:

52 minutes is a popular humorous TV program broadcasted every two weeks on the RTS channel. Vincent Kucholl and Vincent Veillon host the program. The program has multiple news to keep you informed and has several fake and honest interviews to keep the people entertained. Multiple actors perform parodies of famous people like film stars, and politicians, giving news so as not to end the entertainment. You can stream the program exclusively on RTS 1.

This crime show focuses on the hazardous and volatile environment surrounding the Office of Special Projects (OSP) in Los Angeles, whose highly trained agents routinely go undercover and utilize the most advanced technologies available to identify and detain criminals considered to be a threat to national security.

This TV series is based on a modern-day Sherlock who partners with a contemporary Dr. John Watson – a war veteran, while Sherlock serves as a consultant to Scotland Yard. As soon as the two cross paths, they begin running into mysteries and deaths, most of whom are somehow linked to Sherlock’s nemesis – Moriarty.

The show focuses on Shaun Murphy – a young autistic surgeon who relocates from his quiet country life to a busy one at the surgical unit of a reputable hospital. Even though Shaun is alone in the world, has been through a troubled childhood, and faces extreme difficulty connecting with those around him, he soon finds purpose in his life when he uses his extraordinary medical skills and intuition to save lives.

The Crimson’s River is a popular TV show on RTS featuring an old-school police detective working with his best former student. In the show, both are working together on various murder cases that spread fear among the town. These murders are being performed brutally, and catching the killer has taken top priority by the police department. You can watch the show on RTS 1.

These awesome shows popular among international audiences are waiting for you to watch. What are you waiting for? Subscribe to Ivacy VPN today and access RTS live with ease!

Following are the most commonly asked questions that users face related to Ivacy VPN or RTS live stream.

Yes, Ivacy VPN has a wide range of servers that provide a high-speed connection and unblocks RTS Switzerland for users trying to access it worldwide. Moreover, the platform is super safe for long hours of streaming.

Can RTS be streamed for free with a VPN?

Yes, the platform is free. No need for account creation or any signup. You can directly access the platform if you are connected to any Swiss server via Ivacy VPN and start watching your favorite program.

What devices can provide access to RTS live stream?

RTS live stream can be accessed on a wide range of devices. This includes your Android or iOS devices, Windows desktop or laptop, Mac, a wide variety of smart TVs, TV box systems, and various cord-free cable connections like Apple TV.

Does Ivacy VPN offer a free trial to its users?

Yes, every new customer of Ivacy VPN can use the 7-day risk-free trial. This trial is a great way to check the complete service offered to make customers satisfied even before paying a penny.