How To Watch Livestream NOS Outside Netherlands [Updated 2022]

NOS is a Dutch national channel that is exclusively available to audiences within the country. NOS online is available in a number of countries because of its correspondents in those regions. However, in light of growing digital privacy concerns and cybercrime, viewing NOS live stream from abroad can pose a major risk. But, you can watch NOS online securely with Ivacy VPN. 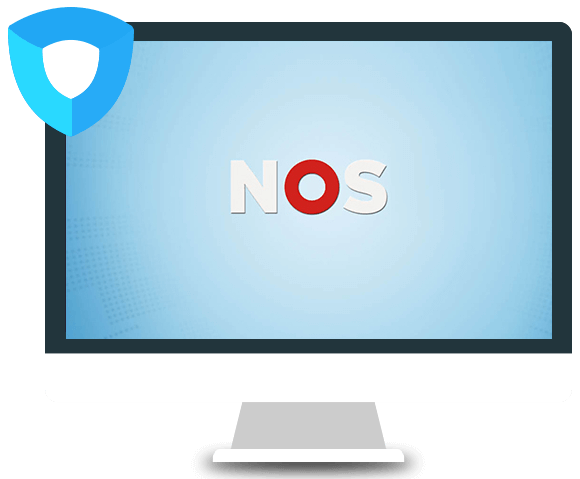 Here's How To Unblock NOS In Your Region

Open the Ivacy app and connect to Austria or another server.

Watch NOS Live Stream from anywhere in the world.

Nederlandse Omroep Stichting or NOS as it is commonly known is part of a much larger organization known as the Netherlands Public Broadcasting (NPS) system. Livestream NOS is responsible for a number of activities like acting as coordinating authority for all other channels under the NPS banner. NOS broadcasts news and sports updates throughout the day.

Watching NOS Livestream can also become a problem if you are traveling to a country where the channel is not accessible online. Obviously it becomes difficult to catch up with happenings back home. While international media cover countries like the Netherlands, their news is only limited to major headlines. With Ivacy VPN you can solve both these problems in three steps:

Also known as the Dutch Broadcast Foundation, the network was launched in 1969. It is headquartered in Hilversum, a very picturesque town in the Netherlands but the channel’s representatives are spread throughout the world. NOS has a permanent recording and broadcasting space in Washington DC. The channel is a public service broadcaster.

The Netherlands has three public television channels and one radio station. NOS is required to produce content for all four of these channels. NOS is regulated under the Dutch Media Act of 2008 which states that the Foundation has to report parliamentary proceedings, sports events and unbiased news to the audiences on a regular basis. It also serves as a technical supervisor for the whole system.

NOS produces content for the three public channels which are run by the government of Netherlands. Besides that, though, NOS also has its own themed channels. Through these platforms, the foundation broadcasts a variety of content but mainly it is news and debates about the latest occurrences in the country. The content produced by NOS is split between all these channels.

The three main channels on which NOS content is aired include NPO 1, NPO 3 and NPO Zapp. While all the channels are dedicated to news and panel discussions, they differ in the ages of their respective target audiences. NOS also controls the content for two other channels name NPO Nieuws and NPO Politiek. The former is a 24-hour news channel while the latter air political debates.

There are quite a few famous programs which are broadcasted on the five different channels where you would like to watch them. The first and most anticipated is the 8 ‘o’clock news. The name of the program is NOS Journaal and it is one of the most viewed broadcasts of all time. Audiences especially flock the television for the bulletin at the end of the day because it provides a comprehensive round-up of what has been going on throughout the day.

Other noteworthy sports programs include NOS Studio Sport and NOS Sportjournaal. The first program has the privilege to broadcast every major sporting event happening in the country or beyond. The NOS Sportjournaal is more of a publication and not a show. Still, it is quite popular and many Dutch nationals use it to get their daily dose of sports news.  Other programs include discussions on parliamentary affairs and a 60-second news roundup for people of all ages.

The channel is widely available online. In most countries’ viewers can easily go to the website and begin NOS Livestream. Besides this, NOS is also available for download on both major mobile platforms, i.e. Android and iOS. The Jeugdjournaal has its own separate application for those looking to catch up on their news through it.

The NOS applications are a great way of keeping users hooked to the content. Even though NOS may not be available in some countries, the applications continue to provide all the latest information that any person needs. NOS also releases special applications for occasions that hold importance to the nation or the culture. The announcement of these releases is made on social media or the website.

Last but not least is NOS Radio. Similar to television, there are some interesting programs that air on the radio waves too. Some of these include NOS Journaal, an hourly news bulletin to sum up what’s been going on around the world and the country in particular. NOS Met het Oog op Morgen is a late-night current affairs program on the Radio station.

Other programs on NOS Radio are Headlines, Radio 1 Journaal and NOS Langs de Iijn which translates to ‘Along the sideline’. These transmissions are scheduled throughout the day on the radio frequency.

Looking to live stream NOS news? Don’t miss out on the news. The NOS news department successfully produces several news programs, including half hourly and hourly news bulletins on both, radio, and television so that you can watch NOS live stream. NOS’s flagship news program is the NOS Eight O’clock which averages a little over two million viewers. If you’re a person who likes staying on top of news, we recommend that you download the NOS livestream app.

This is also the best watched TV program in the Netherlands which also includes popular commercial TV programs. Looking to get your kids to livestream NOS? That’s not at all a problem! The channel produces morning and evening news programs that are especially created for kids aged 9 to 12 of age to instill the importance of staying informed, which is all the more reason to urge them to watch NOS livestream, and the NOS livestream app is the perfect place to do so.

Love watching sports and are looking to livestream NOS sports channel? You’re at the right place for all the information you need if you want to watch NOS livestream out the Netherlands in 2022. The NOS sports department boasts a huge variety of sports programs that covers several different platforms and even the NOS livestream app.

Some programs that feature summaries of the Dutch Premier League Football are also wildly popular on Dutch television, and are worth watching if you’re looking to livestream NOS sports. Apart from this, a large number of sporting events and programs are covered live on television, radio, and even the NOS livestream app if you want to watch NOS livestream.

Love NOS but are not much of a news or sports person? Perhaps you’d like events! If you’re looking for knowledge as well as entertainment, we’d certainly recommend to livestream NOS events. The events department focuses on producing programs and documentaries that are even broadcast live on national and international channels, making these ideal to catch on the NOS livestream app.

These events could include the opening ceremony to the parliamentary year, or even the commemoration of the closing of the WWII and other programs that feature the Dutch Royal Family that are worth your time if you’re looking to watch NOS livestream.

NOS is one of the prime sources of news and current affairs round-up for Dutch citizens. Yet, even when it is this big of a deal, there are still some risks that come with it. Ivacy VPN allows users to circumnavigate all these threats and enjoy unlimited, unrestricted and unparalleled browsing. NOS can be unblocked and accessed in any country with the use of Ivacy.