How To Watch NHK World Online Live Outside From Japan

NHK World Online platform is an excellent source for gaining insights about Japan and watching various local programs. With both Television and Radio stations available through the mobile application and website, there is something of interest for everyone. 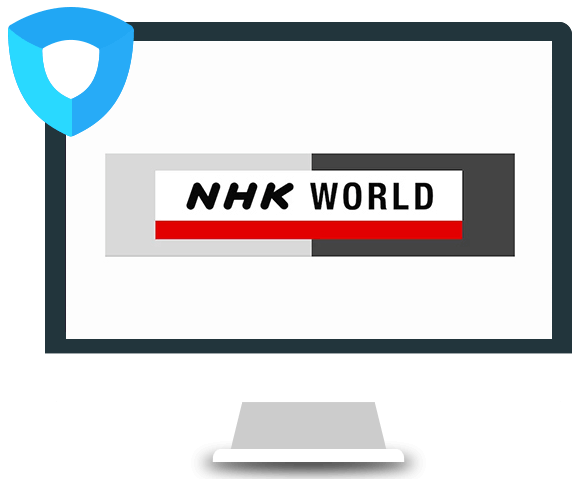 Here's How To Access NHK World In Your Region

To instantly watch NHK Outside Of Japan, follow the steps mentioned below:

Open the Ivacy app and connect to Japan or another server.

Watch NHK Live Stream from Outside of Japan.

Traveling is a great way to experience new people, technology, and the realities of our vast planet. It builds a better mindset and broadens our horizons. Japan is a beautiful country with extensive culture, futuristic technologies, and many other points of attraction.

Unfortunately, it remains a little out of bounds for most of us to explore like that. But if you are a fan of Japan and want to know about its daily life and other details, you should watch Japanese channels like NHK Live.

NHK Online is the International broadcasting service from the Japan Broadcasting Corporation. The channel itself is available worldwide through satellite and cable service providers. The various branches of NHK live also transmit using their mobile application and the channel’s website. Most of the programs are in English, but there is an option on NHK Online to pick from six different languages.

This is the reason for its vast popularity, not only in the country but internationally. Let’s have a discussion about NHK Online in detail.

The NHK online server is geo-blocked; it cannot be accessed directly by international users. Whenever they try to do so, they would see an error saying that the website is blocked in their region.

International viewers, including Japanese citizens abroad or anyone looking to learn about Japan, need a VPN to watch NHK world online. It also provides an easy way for Japanese locals traveling internationally to stay in touch with things back home. Besides, using VPN makes browsing safer, especially when using websites from unknown locations.

Although the NHK live website is hosted on a secure server, online data theft and other cybercrimes are strong enough to get past these. A Virtual Private Network like Ivacy VPN masks users’ IP addresses and makes their data traffic anonymous. Here is how to use it in three simple steps:

Now that you have the application, open it and sign up for an Ivacy VPN account. There are multiple plans available with different facilities and lengths. However, a typical monthly plan costs $ 9.95. After choosing a plan, you’ll receive your account credentials through an email.

Now login with your credentials and connect to a server from Japan. The process only takes a few seconds. As soon as you are connected to the VPN, you are ready to stream NHK world online.

NHK World – Japan is one of the most prominent international channels. It was launched in 1998 and operates out of Tokyo. With various leading networks like CNN and BBC having their representation on the global stage, NHK felt the need for a Japanese channel in the market too. Today people watch NHK from around the globe through satellite dishes, cable operators, and online media.

NHK World has three primary services, including two television channels and one radio station. The NHK website carries streaming options for all three, which adds to the convenience for travelers who can’t get access to other mediums of accessing the channel. The network’s slogan is “Widening Horizons,” which it aims to do.

Whether you are a Japanese citizen living abroad or just someone looking to learn about the fascinating culture of Japan, you can watch NHK and its diverse range of programs. With both Television and Radio stations available through the mobile application and website, there is something of interest for everyone. For the locals, the channel is already a popular medium to stay in touch with things back home.

NHK Online is a great source to gain insights about Japan. While the NHK live website is hosted on a secure server, online data theft and other cybercrimes are strong enough to get past these. This is why it becomes imperative to use a VPN. A Virtual Private Network like Ivacy masks users IP address and makes their data traffic anonymous. Here’s how to use it in three steps:

Two television channels are operating under the NHK World brand name. NHK has many other sister channels too, but our focus today is the organization’s international arm. The two channels available internationally include NHK World TV and NHK World Premium. Both networks differ in the type of content they provide audiences with.

NHK’s online website is available in six different languages. However, the transmissions are mainly in Japanese and English for most nationalities to watch it easily. Here’s a breakdown of channel-wise transmissions:

The channel focuses on news and programs where current affairs come under discussion. The programs are produced mainly by NHK’s production studio. NHK World TV is free-to-air and available in HD.

This channel provides audiences with a combination of content. It features sports, news, and entertainment programs. It is a subscription-based service compared to NHK World Television, which is completely free of cost. Another difference is that the former is broadcast entirely in English. At the same time, NHK World Premium is purely Japanese with no subtitles.

NHK World Radio Japan, also known as RJ, is the only radio channel that operates under the banner. Much like NHK World premium, this station also broadcasts news, sports, and entertainment-based content. The services are divided into two broad categories, i.e., general and regional.

The general transmissions are sent out worldwide in Japanese and English. On the other hand, the regional service is only available in specific areas and in 17 different languages. Both these services are available through the NHK online website. In the regions where it is allowed, this station can also be tuned into using shortwave receivers, more commonly known as normal radios.

NHK World – Japan is an excellent place for people to become accustomed to Japan as a country and the people in general. The programs on NHK World Television are created in a way that fulfills this purpose. Here are some of the shows which are available through NHK online. People can easily log on to the platform and begin streaming their favorite programs.

Japan-easy: A 24-episode-based series for any native English speaker to learn the basics of the Japanese language. This educational program is available in both Japanese and English.

Somewhere Street: A fantastic travel guide where the host explores different cities from a tourist’s perspective. It features new towns in each episode.

NHK Newsline: One of the more popular programs on the channel is NHK Newsline. It is broadcast every hour, provides world news and weather updates, and covers other relevant events in and outside of Japan.

Other programs like J-Melo, a musical program with local hit songs from different genres, Cool Japan, a show that shows the changing Japanese culture and how new foreign settlers are embracing it, and Begin Japanology, a lifestyle show, are also noteworthy.

Why you Need A VPN to Watch NHK On Demand?

The entire server of NHK online with all its channels, including both the TV channels and a radio channel, is allowed to be used inside Japan only. This is because the online platform has a tremendous amount of content, and the company does not own the broadcasting rights to air its content worldwide. Therefore, the company has implemented geo-restrictions to ensure no user from outside the country gets access to the NHK World Online platform.

If you try to access it from anywhere outside Japan, your IP address will be recognized by the NHK servers, and you will not be given access. To get access anyway, you will need a VPN.

VPNs like Ivacy VPN have servers at major locations around the world. So when you connect to one of them using your account, your IP address gets masked; that is, it can no longer be traced. Moreover, your actual IP address is encrypted and made to look similar to the IP address of your chosen region.

If you are looking forward to watching NHK world online on your TV, you can do so through an Amazon Firestick. Amazon Firestick is used popularly by users worldwide, especially by those who travel frequently. By following the steps below, you can easily install NHK-World Japan on your Firestick and access it on any TV, as long as it has an HDMI port.

First of all, you need to turn your Fire TV on. The “Find” option is present on your Firestick remote. Press it and click search. If your remote has Alexa voice-enabled, say NHK-World Japan, and it will display the results. In other cases, you can directly type using your remote.

You can then select the NHK-World Japan application from the results and click “Get” to start downloading. If your internet speeds are good, the download process will take a few seconds. The “Open” option will appear as soon as it is installed; clicking it will open the application.

Upon accessing the app, a screen explaining the Privacy Policy will appear. You can click on I agree, and your NHK-World Japan application will be ready to use on your Firestick.

Been looking forward to watching NHK Online? We’re sure you have questions! Welcome to the NHK Online FAQs, where you’ll find answers to questions you’ve been asking yourself. Let’s go!

How can I watch NHK World Online in America?

Don’t live in Japan? Don’t worry. There are ways to watch NHK online outside Japan in countries like America, Canada, and the United Kingdom, among other countries.

Since NHK is a platform that limits its programming outside Japan, you’ll need Ivacy VPN to mask your IP address and connect you to the internet through a server in Japan to come off as a Japanese citizen when accessing the application.

When you’ve done that, access the NHK website, and voila, welcome to NHK Online! You can now enjoy your favorite Japanese shows on NHK from anywhere!

Can NHK On Demand Shows be streamed for free?

Yes, you can watch some of the NHK On Demand shows for free but not all of them. To get to its entire library, you will have to buy a subscription.

Do I have to pay to watch NHK World Online Live?

Viewers paying annual fees through credit cards without special discounts must pay 13,600 Yen for terrestrial reception alone. If they want to opt for both terrestrial and broadcast satellite reception, the annual fee is 24,090 Yen.

Can I watch NHK Online on Amazon Fire TV?

Can I watch NHK World Online live on Android TV?

NHK online is a fantastic avenue for foreigners to experience Japan’s fascinating culture and for the locals to have a piece of home away from home. It’s a win-win on every side. One important thing to bear in mind are the threats users face while accessing the NHK live website. Ivacy VPN resolves this issue quite effectively while highlighting why a VPN is crucial nowadays.