Users that want to access LRT online will be disappointed to know they will not be able to do it abroad due to geo-restrictions. Fortunately, said users can overcome this problem for good by using a reliable VPN, like Ivacy VPN! 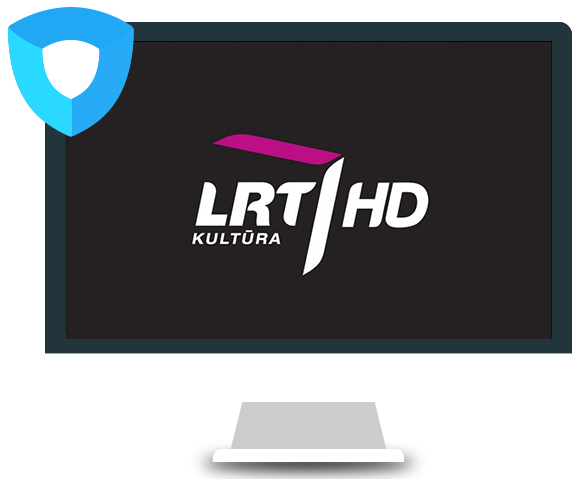 How To Watch LRT Online Outside Lithuania With VPN

It doesn’t matter which part of the world you’re in, as long as you have Ivacy VPN, you can access LRT online in 3 easy steps:

Open the Ivacy app and connect to Latvia server.

Watch LRT Live Online from anywhere in the world.

Do you live outside Lithuania but want to watch LRT online? Don’t worry; we’ve got you covered. With Ivacy, catch up with all the latest happenings locally and internationally at LRT Radio and Television. Read the article below to find out how.

It doesn’t matter which part of the world you are in; as long as you have Ivacy VPN, you can access LRT online in 3 easy steps:

It is common for countries to establish official broadcast channels for themselves as soon as they are formed. The Lithuania National Radio and Television Company were founded in 1926 with the first radio channel. Then, in 1957, there was a transition to HD television. Media and content have evolved significantly since then.

LRT’s is currently headquartered in Vilnius, Lithuania. The channel receives 75% of its revenues from the government budget and advertisements. In 1993, LRT became a full member of the European Broadcasting Union. The content of the channel has changed drastically since its beginning.

Lithuania National Radio and Television employed around 600 workers by 2019. In May 2007, LRT began a project to digitally convert all of its films, including 5,000 hours of cinefilm and 30,000 hours of videotapes. The first entry was made in 1895.

LRT collaborates with commercial and public media, including Deutsche Welle, Voice of America, Radio Free Europe/Radio Liberty, and others, to provide foreign news coverage. LRT was a member of the International Radio and Television Organization from the restoration of independence in 1991 to December 31, 1992.

Much like the television channels, LRT has three radio channels which air customized content too. Radio is a medium which has lost a lot of its audience to digital channels and social media. Therefore, keeping it alive can pose as a challenge. Currently, LRT radio has three main channels which are:

The station broadcasts news, current events, culture, religion, sports, entertainment, and music. LRT Radijas News has reporters in Lithuania’s major cities and throughout the country. It is the only radio news service with such a large international network of affiliates – from the United States to Moscow.

LRT offers three radio stations that broadcast personalized material like the television channels. Radio has lost a significant portion of its viewership to digital platforms and social media. As a result, keeping it alive might be difficult. LRT radio now has three primary channels:

LRT.lt was recently rebuilt and currently has one of Lithuania’s fastest-growing audiences among news websites.

LRT TV and radio live broadcasts are available worldwide on LRT.lt. LRT Online is continually updating its information to meet the most recent standards. In 2007, the business launched a mission to convert all of its films to digital formats. This would allow for higher-quality broadcasts of programs dating back to 1895.

Can LRT Detect a VPN?

Like all other geo-restricted channels, LRT can detect a VPN, but only because it can detect when the same IP address repeatedly logs in to the website. The website’s servers disregard this. There is also no way for those running the website to determine where the user is physically located.

LRT can only see encrypted data traveling to a server using Ivacy VPN. They can’t see what’s in your traffic or where it’s going or coming from. It won’t be able to see what websites you visit or anything else you do online while connected to a VPN. Ivacy VPN’s secure servers are designed to protect your location no matter where you are.

Ivacy is a program that brings ease and feasibility to the lives of television watchers suffering from the curse of geo-restrictions. If you are a resident of Lithuania but cannot watch LRT content easily from abroad, download Ivacy VPN and kiss your problems goodbye.

Which Lithuania TV Stations Can I Watch with Ivacy?

Ivacy VPN checks and removes dangerous malware or viruses in downloaded files using cutting-edge real-time threat detection technology, keeping you secure at all times. You can mask your IP address with Ivacy VPN, making hackers, surveillance agencies, and ISPs unconcerned about your online activities. That is, your privacy is solely yours.

How does Ivacy VPN get you to access LRT?

Certain websites and streaming channels like Lithuania Radio and National Television are geo-restricted, making it impossible for consumers to access desired material. Ivacy VPN makes it simple to overcome such limiations.

Would I be able to get buffer-free streaming of LRT with Ivacy?

Streaming without buffering is pure bliss. But what if we told you that your Internet Service Provider (ISP) throttles your speed? Stuttering and buffering issues occur as a result of Speed Throttling. With Ivacy, say goodbye to stuttering while watching LRTV or other streaming platforms like Netflix, Amazon Prime, Hulu, ESPN, HBO, and other online channels!

What other features does Ivacy offer?

The following are some of the advanced features provided by Ivacy VPN:

Secure DNS: DNS leaks can happen if the request (the IP address linked with that URL) goes through your ISP’s DNS rather than the VPN tunnel. Ivacy encrypts that channel.

Multiple Protocols: TCP, UDP, L2TP, and IKEV are among the protocols available. Select one of these protocols to create an unbreakable military-grade encryption layer for your network connection.

DDoS Protection: DDoS attacks are malevolent in nature, and they may interrupt your Internet traffic and flood it to the point where the infrastructure collapses. Ivacy protects against DDoS attacks.

10 Multi Logins: You may simultaneously safeguard up to ten devices with an Ivacy membership. There is no need to log in and out every time.

Which platforms does Ivacy support?

Ivacy VPN protects your privacy and security across all platforms with a network of over 5700 servers in 100+ locations. Ivacy hides your original IP address and assigns you a new one. It supports the following platforms:

A VPN that lacks a diverse set of servers is useless. A diverse set of servers allows you to connect from anywhere, at any time, without having to wait or face any restrictions. It is also critical to know where the VPN servers are located, and Ivacy has servers worldwide. Ivacy VPN’s locations are spread out, with 5700+ servers in over 100+ locations; some of those are mentioned below:

Although Ivacy does not officially provide a free membership tier as part of its pricing, you can download and use its client applications with “limited functionality” without giving any account information