Fox Sports Go Live allows users to access all types of content from different channels under the same banner at the same time. However, it can’t be viewed beyond the United States. Here's how to watch Fox Sports Go outside of US in 3 simple steps. 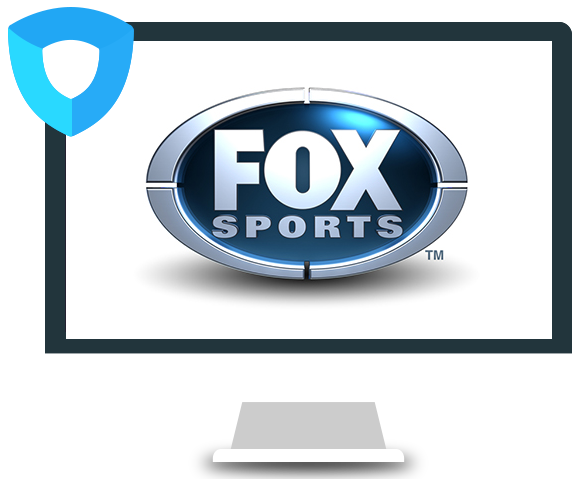 How To Watch Fox Sports Go Outside Of US

Here, we will explain how you can bypass regional blocking of any kind and watch Fox Sports GO from any other country in the world in three easy steps:

Watch Fox Sports Go Live from anywhere in the world.

For avid travelers, students or other individuals living abroad, the geo-restrictions on channels especially Fox Sports Go can cause severe inconvenience. However, If you fall in any of these categories there is no need to worry about it. Ivacy VPN provides a hassle-free solution to unblock any channel and access it from any country in the world.

The Fox Sports Go online platform has garnered a lot of attention from various audiences. The consumer base for the channel has grown and this has enabled them to add more partnerships and shows to the Fox Sports Go platform. Even still, Fox Sports Go doesn’t air every program which is broadcast on the Fox Sports channels.

In order to access Fox Sports Go Online, users have to sign up using the dedicated server for their TV provider. This option again identifies which content will be available to you for viewership of not. For instance, the Super Bowl XLVIII was streamed live and free through the Fox Sports Go Live Online app but Verizon Wireless users were not able to view it on their phones since the partnership was not in effect back then.

Fox Sports Go remains a premium broadcaster for all kinds of sporting events happening across the US and even beyond it. It allows internet users to enjoy the best content at any time without having to worry about when the game is live or not. There are also highlights, replays and another news bit to choose from so that there is always something for everyone.

Although Fox Sports Go online is just an OTT offshoot of the main news channel, the content available on the website and application is limited. Fox Sports online does have the rights to broadcast almost every major sporting event in the country however, there are factors which determine that the don’t allow all of the content to be posted online.

Consumer demand and fear for declining television viewers are cited as factors which determine the content that goes on to the Fox Sports Go app. Not every program is going to attract the necessary amount of eyeballs which are going to make the upload profitable. Also, it is obvious that if a person has the ability to freely watch all highlights and replays online, why would they tune in to the channel then?

The content posted to the channel is limited in terms of the duration of the clips. Most highlights and shortcuts from games are after the 2016 season. This is the time when most of the deals which Fox Sports Go online had signed with sporting governing bodies came into effect for the online streaming service. Also, not all multichannel providers have contracts with Fox Sports Go live for seasons like NBA, NFL, and NHL and this can only be checked by signing in to your account.

Fox Sports Go without cable, available through the website shares all the contracts which Fox Sports live has. It has content from NBA seasons after 2016, NFL, NASCAR, NHL, and MLB, etc. If there is an American sport that you follow, there are strong chances that the Fox Sports Go app has them on their portal. You can easily watch Fox Sports Go using these online portals.

Fox Sports is the primary broadcaster behind Fox Sports Go live. Headquartered in Los Angeles, California, this channel was established in August 1994. It is an English channel focusing entirely on sports. Almost every event which happens in the US is aired on Fox Sports. The company has broadcast rights for the major leagues of every other season for baseball, basketball, NASCAR and a lot more.

Fox Sports is owned by 21st Century Fox, one of the biggest media houses in the country. The prowess behind them has paved the way for them to become as big as their parent company. Today, Fox Sports USA online has agreements with every major sporting league in the country for broadcasting rights. This includes the NFL, NASCAR, MLB, FIFA World Cup, NCAA and USGA among several others.

21st Century Fox was acquired by Walt Disney Company in 2017 but under the agreement, Fox Sports would remain under the control of an independent company along with Fox News Channel and other regional assets. This acquisition allowed these channels to grow even further because of the consolidation of resources for better utilization.

Fox Sports has planned extensively into the future, forecasting the sports landscape and understanding the things consumers will be willing to watch. In line with this vision, the channel recently announced that they had signed a multi-year broadcast deal with XFL. It is an upcoming professional football league whose inaugural session is expected to kick off in February 2020.

Fox Sports GO is completely free to download. All you need to do is sign in with your TV provider credentials.

You can watch Fox Sports GO live without cable if you have any of the following:

The Fox Sports Go live website and the app not only have content like highlights and replays but they also stream several matches online together for the benefit of viewers. The Fox Sports Go live stream is available on both the website as well as the mobile application for the platform. Even the schedules for the programs to be featured live are visible on both platforms.

In order to access a Fox Sports Go live stream, all you have to do is go to their website. As soon as the page loads, by default, the first page is ‘Live TV’. Under it, there is a complete list of programs which will be streamed that day or are scheduled to be aired the next day or any other day of the upcoming week. This not only allows users to be aware of the schedule but also know that the stream will be available for them through Fox Sports Go live.

The live stream options appear as small thumbnails on the homepage of the website. To view any one of them, simply click on the box and begin the live stream immediately. You will have to be signed in to gain access to the live stream. For this, you have to click the ‘sign in’ or ‘sign up’ option and select the relevant cable provider that you have.

After this, the next step of the process is to sign in at the portal of the cable provider themselves. For instance, if your cable comes from AT&T U-verse, selecting that option will redirect you to the page of the cable service provider. Here you enter your credentials which are different for the ones to entered to gain access to the website. Once this process is complete,  you are good to go.

Fox Sports Go Fire TV has partnerships for broadcast with every other major sporting organization. These deals are worth millions of dollars each and allow the users to have access to content from some of the widest variety of sports entertainment ever. There is no major name which doesn’t fall on the rooster of companies not having an affiliation with Fox Sports Go Roku.

Not only these but there are also partnerships like the XFL where the channel has the rights to broadcast matches from the league when they first air next year. With these content streams, there is no doubt that Fox Sports Go live stream is the ultimate place to go for anyone with an interest in sports. Sadly though, the access to the website and app are only available from within the US.

For an online portal to be effective, it has to have a mobile presence. Furthermore, just a mobile-friendly website is not enough. Consumers want personalization. The first place that people search for when asked to look for content on their mobile which is of the streaming kind, is the App Store. An application is the first preference when it comes to interacting with a brand on mobile.

Users can easily download the application from the iOS App Store and the Android Play Store. To watch the clips and highlights that they might want, people have to use the app exactly how they would operate the website. First and foremost, they are required to sign in to the Fox Sports USA online account which they have created by syncing their cable provider and Fox Sports Go together.

When the sign-in process is complete, the app will come to life with all the sporting content you could ever dream of. The application has no browsing limits whatsoever along with other benefits too. The biggest advantage of a smartphone app is that you can leave it signed in. It is your personal device and the app remains out of danger rather than with a laptop or desktop that you use. This is extremely convenient because the process doesn’t have to be repeated every time and there is no hassle of remembering passwords.

This last point gives rise to the biggest nuisance for travelers and students living abroad. What do they do if they want to follow Fox Sports Go live for any sporting event? They simply can’t because the geo-restrictions won’t allow it. In this case, the most appropriate and effective solution is a VPN like Ivacy. All you have to do is download the application for Apple or Android, sign in to your account and begin using Ivacy VPN by connecting it to a US server. All it takes is a few clicks or taps and you can experience the freedom to a great extent.