How To Watch Caracol TV Outside US

If you are from Colombia or follow Caracol TV streaming services, there are chances that you might run into viewership trouble in any country besides the 17 where it's available in. What to do then? The below-mentioned process allows you to access Caracol TV live streaming in any country around the globe. 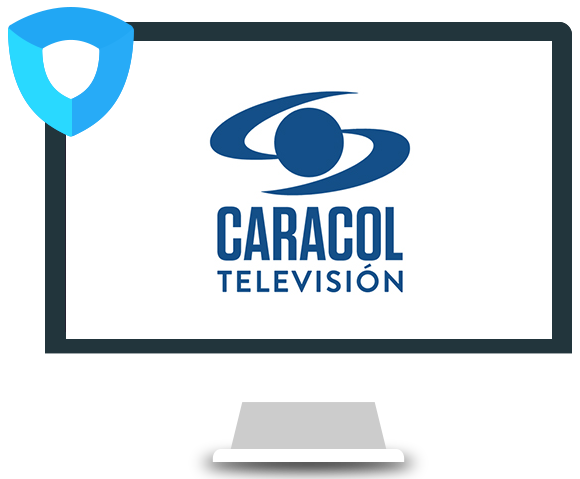 How To Watch Caracol TV Outside US

Here, we will explain how you can bypass regional blocking of any kind and watch Caracol Online from any country in the world in three easy steps:

Watch Caracol Live from anywhere in the world.

Caracol TV as an idea began almost half a century ago. The first time it came to light was in 1954. Ever since then it has grown into the most loved and watched channel that it is today. Over the years the channel has achieved tremendous success from becoming a leading infotainment provider in Colombia to signing deals with video streaming giant Netflix.

There are many plans for modernization and expansion of the channels reach and content types to different audiences around the world. While Caracol TV is a national broadcaster which is available in more than 700 municipalities in Colombia, the international signal of the channel is called Caracol TV Internacional.

Caracol TV has been host and producer to some of the most amazing content the world has ever seen. This includes the global hit ‘Pablo Escobar, the Drug Lord’, an original production of the media house which went on to become one of the first Latin American shows to stream on iTunes.

The Caracol TV show based on the life of the notorious drug lord Pablo Escobar was shot entirely on location and was sold to 50 countries. Now, it has also become part of the Netflix library along with 17 other shows which are amongst the most-watched in the channel’s history.

More prominent shows which are original productions of the channel include Men Cry too, Fugitives and El Cartel. These productions are also available to Caracol TV streaming online viewers however, there is a catch. The national signal doesn’t broadcast beyond Colombian borders and the International library is mostly limited to older production from Caracol TV.

Ivacy VPN is the solution to that problem. Caracol TV live is not limited to drams and soap operas. It has been the authorized broadcaster in Colombia for almost every large sporting event. The channel airs news bulletins, talk shows on various subjects, reality programs as well as comedy features.

Caracol TV also has a radio channel which is just as popular as the TV network. Although radio listeners have constantly been on the decline, there are still plenty of us who tune in to some stations usually when traveling in the car. Caracol radio also target similar audiences. The signals from the transmission are also available through Caracol Radio online.

Caracol Radio and TV are available on various social media platforms including Twitter, Youtube, and Facebook. Viewers can follow their favorite channels and keep tabs on the latest shows as well as broadcasts or important announcements which might come in handy at times.

Can the channel detect VPN?

Caracol like most other service providers can detect that pings from the same IP address is being received multiple times. This happens when different users are logged on through the same VPN server. This is the only thing that the servers of the channel can tell and this is also ignored because for them it just seems like one user is logging on to the website multiple times.

So, the answer to the question of whether a channel can detect a VPN is both yes and no. Yes, they can tell that the same IP address is being used several times but they can’t tell that a VPN is in use. Also, the real IP address of the user is masked and there is no way in which a channel can tell where the ping is actually coming from. So, sit back and stream your favorite content without any worries.

Yes, Caracol TV online is available for mobile. Although there isn’t a dedicated mobile application for the purpose, users can log on to the website and stream their favorite content easily. Moreover, they can do the same thing from anywhere in the world if they are using a VPN. Without the protection of a Virtual Private Network, access is limited to a select few countries.

Caracol TV only broadcasts inside Colombia and the international signal only features older shows. So, if you are traveling or reside in a foreign country, getting access to your favorite content can be a nightmare. Ivacy VPN is the perfect way out of this situation. It only takes a few clicks and some simple steps to set it up. With its user-friendly policies and interface, Ivacy will help you connect to Caracol TV without the slightest hassle. For more information, get in touch with our customer support team today.