Watch Armenia TV Live Outside Of Armenia in 2022

While Armenia TV live online is available in several countries around the world, there are somewhere there is no coverage. This can become an inconvenience some times. Use Ivacy VPN to watch Armenian TV live online outside of Armenia. 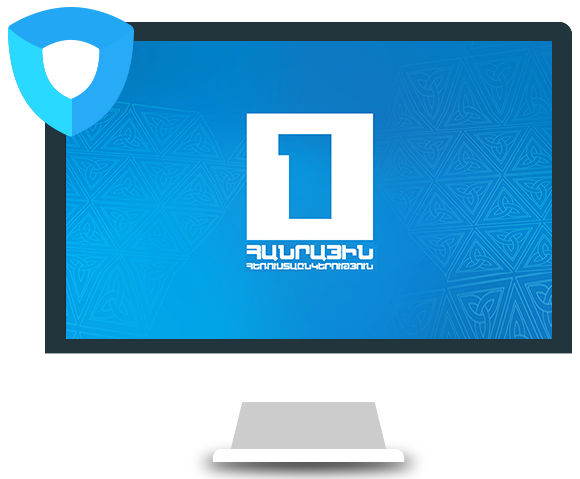 How To Watch Armenia TV Live Outside Of Armenia

Accessing Armenia TV 1 online is not just a matter of bypassing geographic restrictions in some countries which can be done in 3 simple steps:

Open the Ivacy app and connect to an Armenian server.

Watch Armenia TV Live from anywhere in the world.

Public Television of Armenia was launched in 1956. The channel is known by a lot of names. Some of these include 1TV, APMTV, and ARMTV. The transmissions from the channel began the day Armenia was Sovietized. Over the years, the medium has evolved in a number of ways to cater to audience demands.

Headquartered in Yerevan, Armenia TV Live s now part of the European Broadcasting Union giving it a number of perks and privileges in the region. The channel which began with two-hour transmissions a day, four days a week, now has a host of shows which are original productions as well as several others from local and international media houses.

The first program ever to air on the channel was ‘News of the Week’, a simple show which provided updates on the news scenario of the country as well as the world. Now the channel has a huge variety of shows, each catering to a different genre. There are news shows, movies, debates, documentaries and original TV series scheduled for broadcast throughout the day.

Special Division is another highly rated program which was introduced in 2015.  Also, two years prior, Armenian Library, an interesting literary show hit the airwaves and has been quite popular ever since. Other content which airs on the channel includes current affairs like Parliamentary Week, debates like Rules of the Game, a roundup of latest happenings in News and cooking with Let’s Cook Together among many others.

At the moment, ARM TV 1 online is in the process of expanding its resources and content across different domains. The channel is acquiring equipment which can help it cover the latest happenings much faster and from the location. They are also constructing other facilities to make sure that the productions which air on the channel can improve as time progresses.

Want to watch Armenian TV online? The platform is currently available in more than 50 countries. These are spread out in continents like Asia, Europe, and America. There are still many mainstream locations where the channel isn’t available like Australia and Africa. South America is also out of the coverage area at present.

For the areas where ARM TV live online is available, things are quite easy. Not only does the website provide access to the latest news and live stream from the channel, but it also gives a lot of other useful information. Additionally, there are specifically designed applications for both Android and iOS where users can avail the services from ARM TV live.

Region Blocking and How It Works

You’ve probably experienced digital region-blocking or geo-blocking at least a few times in your life. This happens when some sites, for example, sites corresponding to a particular service, like letting you watch Armenian TV online, want to operate only within a particular region.

Another reason this happens is if the rules of the site began interfering with the laws and regulations of other countries. For example, if letting you watch Armenia TV online live goes against the laws of a country, they will block Armenian TV online.

A third reason sites get geo-blocked is if they host illegal content like dealing in drugs or unlicenced arms. This third category of sites also include torrent sites; if you’ve noticed, these sites get blocked a lot!

Now, if you’re wondering if its possible to watch Armenia TV live outside Armenia, you’re in luck. Because, yes, it’s possible. Interested in finding out how you can watch Armenian TV online from anywhere in the world?

Hold your horses, we’re just getting into the details!

Here are four simple steps that will let you watch Armenia TV online live from anywhere in the world.

When you switch the Ivacy application on, and connect to a server in Armenia, the VPN masks your original IP address, replacing it with that of the Armenian server, letting you pose as a resident of the country. This is how Ivacy is able to unblock Armenian TV online, letting you watch Armenia TV online live from literally anywhere you wish to!

Armenia TV is a public channel which is owned and controlled by the government. The website servers are upgraded on a regular basis. With a VPN service, users connected to a particular server are assigned the same IP address no matter how many they are. A number of these individuals may access ARM TV live at the same time.

The servers of ARM TV H1 online will be able to detect these matching IP addresses. However, there is no action because they just assume that one user is trying to log in multiple times. After all, practically not many people will be using the same server to access the website at the same time. Moreover, there is no way that the Armenia TV website can look past the VPN protection.

The real location of the user still remains hidden and they can enjoy secure browsing throughout their session.

Armenian TV online has a large audience base amongst the residents of the country. Many people follow the channel for a variety of content like news, sports or entertainment needs. This can become a problem when they are traveling to a country where the channel is not available.

With Ivacy VPN and its reliable services, this issue can be resolved without any difficulty. All a user has to do is install and activate the service to begin enjoying the best protection and speeds to access Armenia TV Live worldwide. Never miss another episode of your favorite show with Ivacy now.