How To Watch Antena 3 Live Online Outside Of Spain

Antena 3 live online and Altresmedia are not accessible from anywhere except Spain. If you are an avid watcher of the show, you won’t be able to follow your favorite content when traveling or living abroad, which also applies to overseas audiences. You can use Ivacy VPN to watch Antena 3 live online. 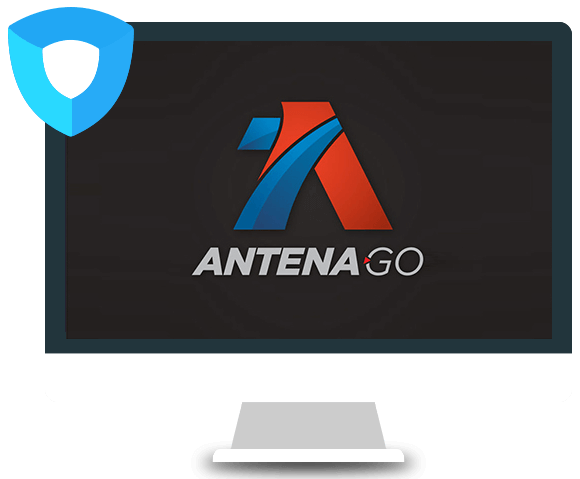 In order to watch Antena 3 online, the most effective solution is to use an effective VPN like Ivacy which can be done in 3 easy steps:

Watch Antena 3 Live from anywhere in the world.

Spain is a country that has given the world great things to be excited about and Antena 3 TV and its shows are amongst these. Antena 3 HD is the premium entertainment channel in the country. Thousands of viewers access its content using Altresmedia online – the streaming service through which Antena 3 online is available to viewers.

It can become quite troublesome when you are out of the country for some reason and want to catch up with your favorite shows. Similarly, there are Spanish viewers and those who fall in love with some of the shows which air on these channels. All these people have to suffer due to geo-restrictions.

But, Ivacy leads you down the path to ultimate Antena 3 streaming freedom.

Antena 3 TV online has risen to popularity in a short time by producing some exciting shows for the local as well as international audiences. Some of the content from Antena 3 HD online has been so inspiring that production houses in other countries have taken inspiration from them and developed similar storylines for their respective local audiences.

The Antena 3 Spain channel airs some amazing shows which attract a large audience. Some of the most noteworthy of these include Lucifer, Smuggling Love, Modern Family and El Inrenado. These shows have been able to achieve mass acclaim from different segments in society. The Antena 3 direct streaming service also broadcasts these shows for people to view them at their own convenience.

Antena 3 live in Spain is a channel which is followed by a large number of people in the country. While the channel is not available for viewership outside the country, some of the content which it hosts has made its way on to streaming services controlled by third parties. Overseas viewers can find some of the content for Antena 3 streaming on these platforms but most of it still remains out of reach.

Still, for those interested in taking a look, here are two of the most prominent streaming sites that host content from Antena 3 player:

For now, these are the only two services that can offer Antena 3. Until a time when the channel produces content that is recognized by some of the more renowned brands, this is all that customers have.

Besides Antena 3 Spain, there are similar broadcasters operating in other countries too. There is a channel called Antena 3 Portugal and another one named Antena 3 Romania. They are not associated with each other but share similar names. Radio Antena 3 and Antena 3 news are two other departments operated by the same company.

When it comes to bypassing unnecessary global restrictions on television content, VPN is one of the best services for the job. A VPN like Ivacy reroutes the original transmission channel by taking it first to a secure server and then sending it to the website. This way, the location of your original IP address is masked. For streaming websites like Antena 3.

Although the website servers are able to tell that a similar IP address ping is being received again and again because of multiple users connecting through the same server location, it can’t tell the original location of these pings. As a result, the access is granted to all the users because the website assumes the same user is logging in multiple times. No harm in that!

So, even though a VPN is detected, there are no hindrances in access being granted to the user.

Antena 3 Spain is a channel that is loved across the country. Its shows have a cult following. So, those who follow them feel left out when they are not able to view their favorite shows while traveling. This is where Ivacy steps in to save the day. With more than a thousand servers in over a hundred countries, Ivacy VPN makes sure that no matter where you are, you can connect and watch Antena 3 shows with the click of a few buttons.

Here’s How To Watch TVN Online Outside Korea

How to Watch Zee5 in USA