Are you an avid sports fan? Then you will feel right at home at TVP Sport Live. But to unblock access, from anywhere in the world, you will need Ivacy VPN! 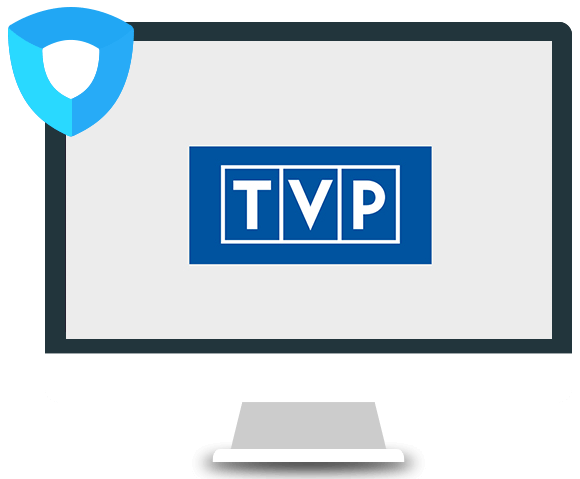 TVP Sport is owned by none other than TVP. This polish channel is all about sports and is available in Cyfrowy Polsat and Cyfra+. It is also available through other cable providers as well.

The best part about TVP Sport is that it broadcasts in HD, SD broadcasting was brought to an end on 6 April 2017.

No matter what sport you are a fan of, you can watch it on TVP Sport. However, this will be a problem for people outside Poland.

So, how does region blocking really work?

Ever been in a situation where you’re trying to load up a site, much like TVP live stream, and your quest ends up in you getting an error that says that the site you’ve trying to access, isn’t available in your region?

If you have, you’ve already come across region blocking. Now, why are some sites region-blocked? There are actually multiple reasons. Some sites relate to services that actually want to restrict their operation in certain areas and to certain audiences, like TVP sport live stream!

Others get region-blocked because their operations start to interfere with the laws and policies of certain countries, so they end up getting blocked in those regions. There is yet a third group. This group of websites includes websites that contain illegal content and are either taken down entirely, or their access is restricted. These could include torrent websites, websites that allow dealing in drugs or arms, among others.

If a website like TVP sport live stream free is region-blocked, or, in more sophisticated vocabulary, geo-blocked, if you try to request access for it from outside the allowed region, the website server will recognize your IP address and will return you the error.

This is why the best way to gain access to these geo-restricted, or region-blocked sites, including TVP live stream is to use a VPN service, like Ivacy VPN.

Let’s talk about it in greater detail.

Channels such as TVP Sport prevent viewers from other regions from accessing its content. Geo-restrictions can be quite the nuisance, but that does not have to be the case anymore. With Ivacy VPN you can unblock any and all content, whenever you desire.

All you need to do is to connect to an appropriate VPN server, one where the content you wish to access is freely available. Once connected, you will be assigned a new IP address from that region, thus making it appear as though you are from said region.

To ensure your data remains safe and secure, you can count on features like Internet Kill Switch, Military Grade Encryption, Public Wi-Fi Security, and so more, to keep you off the grid. Never again will you have to worry about hackers and cybercriminals. What is even more amazing is the fact that you will be hidden from your ISP as well.

With Ivacy VPN, your information will finally be your own. You will not have to worry about it being accessed and misused without your consent ever again. If that is not enough, you will also benefit from improved downloading and uploading speeds, since ISP throttling will not be an issue when using Ivacy VPN.

So what exactly can you expect from TVP Sport Online Stream? Here is a quick look at some popular sporting events to give you a taste of what lies in store for you.

Now that you know what accessing TVP Sport Stream entails, and how to unblock it in regions apart from Poland, make the best of the channel to quench your thirst for your favorite sporting events.

There are two parts to unblocking a blocked website; first, you need to mask your IP address, and use a pseudo IP address that will let you pose as a Citizen of a country where the site is allowed. Even though at this point, you’re already secure and run a much lower risk of getting hacked into, losing your data, or getting into trouble with the law, added security is always an added bonus.

This brings us to the second part of unblocking websites like TVP sport live stream free; ensuring that your communication with the internet is fully encrypted and can’t be incepted by a third party. Ivacy offers both these services at a high quality, and a much lower price.

With over 5700+ servers in more than 100 different locations in the world, Ivacy will make sure that you can unblock any site, any time. This VPN service also comes with a zero-logs policy and offers top-notch up to 256-bit Military Grade encryption to make sure that your browsing is private, and your data is yours alone.

Ready to watch TVP live stream and make the most of your free time? What are you waiting for? Sign up for an Ivacy account and download the app for your device today!