How To Unblock Online TV Player Outside UK in 2023

Over the last few years, streaming services have grown immensely in popularity. These platforms have cemented their space as one of the top entertainment mediums for users. From informational to educational, from sports to entertainment, there is nothing that can’t be found on these websites. One such service is TV Player Online which lets viewers access their favorite content anytime. 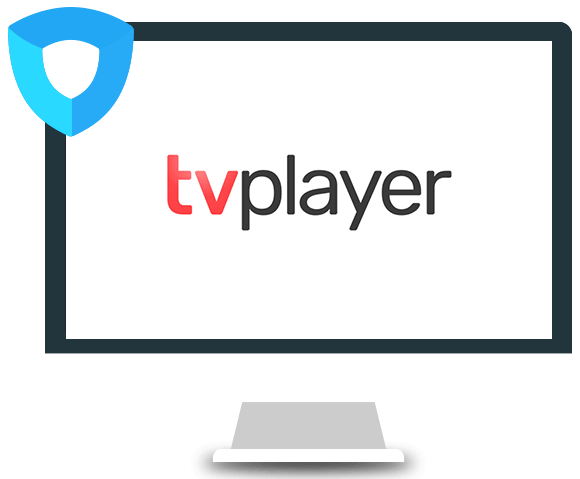 How to Watch TV Player Online Outside the UK? [Easy Steps]

Open the Ivacy VPN app and connect to your desired server.

TV Player Online is a service based out of the United Kingdom that operates through a website or mobile application that users can load and use almost anywhere. It is similar to virtually every other streaming service. Still, it only differs because instead of having direct TV shows and movies, TV Player online lists 60+ channels for users to pick from. Unfortunately, TV Player Online is an exclusive service for the residents of the UK.

This might bring your viewing experience to a halt if you are away from home or have decided to move to another country. Luckily, you can overcome this geo-restriction if you have a reliable VPN service by your side. And Ivacy VPN is the tool that can unblock these geo-restrictions in a matter of seconds. Let us show you how to do that.

What is TV Player Online?

TV Player Online is a member of the newly emerging brand of streaming television services. These programs allow TV content to be instead of through cables or satellites. With applications like TV Player Online, users can expand their content viewing options extensively. TV Player Online was launched in 2013 and already has over a million active users.

Headquartered in London, UK, TV Player Online offers a list of almost 62 channels for users to pick from. These include entertainment, educational, sports, news, culinary, and even kids’ networks from the UK and elsewhere. People can select from two different types of subscriptions and receive access to varying levels of content respectively.

TVPlayer is a platform consolidating major channels from the UK and beyond under one banner. Users can surf and select the channel where their favorite programs are airing. Then they can continue to watch for as long as they like. This is unlike any other streaming service in the world. TVPlayer also carries video on demand for those who want to watch movies and other series.

As of now, Britain is a part of the European Union, so customers with a premium subscription can watch a few exclusive channels while traveling anywhere within it. None of the free-to-air channels are available, though, outside the UK. So, what do you do if you live somewhere besides the UK or are traveling? Well, Ivacy VPN offers a comprehensive yet easy solution. Here’s how:

TV Player Online is a fantastic application for those who prefer watching TV over Netflix and Amazon Prime. It is also a great way to keep up with programs that a person regularly follows because now they can carry the whole TV in their pockets. The only problem is that the service is only available to residents of the UK. TV Player Online ceases to work as the user steps outside the country’s borders.

This is a classic example of geographic restriction. Companies have various reasons for implementing this regulation. Sometimes it is because of a lack of demand, technology, or licensing issues with other countries. The exact reason behind the TV Player Online’s unavailability remains a mystery. However, the app is still evolving, which may change.

What Channels are Available on TV Player Online?

TV Player Online offers two types of subscriptions. One is basic, while the other is a premium account. The number of channels a user has access to depends on their subscription. TV Player Online allows viewers to enjoy programs from more than 40 channels that cover different content genres.

Here are the TV channels included in TV Player Online’s lineup include:

As you can imagine, with the number of available channels, the list of featured programs will be enormous. Users of the application can view every major show playing on the channels currently in TV Player Online. The programs include documentaries, sitcoms, political talk shows, major sporting events, and TV programs currently on air.

Some examples include The Ricky Gervais Show on Comedy Central, The Hills, New Beginnings on MTV, Top Gear on BBC, and much more. Users have the freedom to log in to any channel at any given time. They can then go on to watch the programs that they enjoy the most. It doesn’t matter if you have a TV around or not, as long as you have your smartphone on you.

There are currently two packages that TV Player Online offers its users. These differ in the levels of access as well as convenience of viewership. There are no contracts with either of these subscriptions, and users can cancel anytime. Other features like recording live TV, Catch-up on demand, and Chromecast also become available depending on the chosen account.

The two choices that users get are:

Ivacy VPN has the power to mask your actual IP address, thus hiding your personal information from the world. Moving on, it replaces your original IP address with a different IP address from another geographical location. As such, when you access TV Player Online through Ivacy VPN’s servers, it will appear as if you are present in the United Kingdom.

This Ivacy VPN creates an encrypted tunnel between you and the platform you visit. Any third parties will be prevented from accessing your personal information, thus keeping you private and secure.

Are VPN Services Even Legal?

VPN services are legal in most regions around the world. A VPN service’s primary goal is to offer users enhanced privacy and security. And this is done by making the actual IP address of the users.

That being said, there are still some regions where VPN service is illegal. If not that, then some VPN services are banned in those regions. To avoid any trouble, we would advise you to contact a legal professional and ask them about the legality of using a VPN in your region. If they give you the green light, then you can move on to subscribe to Ivacy VPN and use it to watch TV Player Online from anywhere.

Can I Use a Free VPN to Watch TV Player Online?

Yes, you could use a free VPN to watch TV Player Online. However, a word of caution for those who do. Free VPN services are often primarily interested in accessing your personal information. Since they are not charging you any fee, they would want to sell your information to third parties to generate revenue.

Additionally, free VPN services sometimes fail to unblock geo-restrictions completely. And you ultimately end up wasting your time and resources, nothing more.

In contrast, paid VPN services such as Ivacy VPN make much more sense. Since they are charging you a subscription fee, your data will not be sold to third parties for a profit. Moreover, Ivacy VPN offers complex security features such as military-grade encryption, multiple VPN protocols, and a strict no-logs policy that prevents your data from being stored on the VPN servers.

In Which Countries Can You Watch TV Player Online?

Previously, TV Player Online was only restricted to the United Kingdom. On the other hand, people in a few other countries can also watch TV Player Online from within the country’s borders. Here they are:

TV Player Online is amongst the best internet television apps at the moment. This is because it offers over-the-top features like video on demand, the ability to record live TV programs to view later, a catch-up option, and much more. The only downside is that none of this is available if a person doesn’t live in the UK. Moreover, even if you live in England and have to travel for some reason, you won’t have access to your TV Player Online app. Fortunately, VPN services like Ivacy VPN offer simple solutions to this predicament. To learn more about Ivacy VPN and what it offers, visit Ivacy VPN and explore a safe and secure world of internet browsing.

Yes, a TV Player app can be downloaded from app stores of major operating systems. They include the Google Play Store, Apple App Store, and Amazon Appstore.