How To Watch Teletica Online Outside Costa Rica

Teletica is one of only a few places where locals can enjoy great local content and foreigners can learn the Spanish language or Costa Rican cultural norms. That being said, it is crucial to use a VPN while watching Teletica live streams on their website 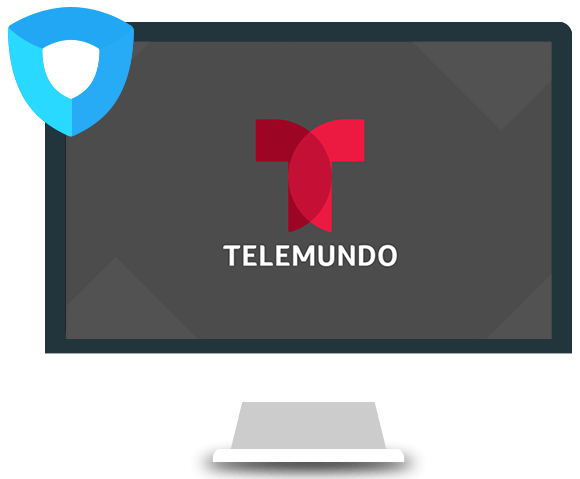 How To Watch Teletica Online Outside Costa Rica

Want to access Teletica online despite geo-restrictions? Fear not, as Ivacy VPN enables users to acess any and all content online with complete privacy and security online. So, use Ivacy VPN to connect to a VPN server in Costa Rica to stream your favorite content on Teletica.

Costa Rica is one of the most popular tourist destinations in the world. From amazing beaches to historical monuments, natural beauty, and man-made attractions, the country has a lot to offer. If you are planning to travel to Costa Rica, it is always great to learn a little bit about the local language and culture. Local television channels like Teletica are a great source of assistance in this.

Unfortunately, Teletica is only available for viewership within the country through cable service providers. This means that even local people traveling or living abroad don’t have access to their own channel when outside the country. The channel’s website live-streams content from all channels across the globe, but it comes with the risk of potential cybercrimes.

Teletica is only available to viewers in Costa Rica at the time of requested viewing because it is a Costa Rican service. As a result, you will be unable to view Teletica online if you are located elsewhere in the world.

You can, however, overcome these geo-restrictions and unblock Teletica online with Ivacy VPN. If you use a Costa Rican server, Ivacy VPN will hide your current IP address and redirect it to Costa Rica. This will allow you to watch your favorite movies or television series on Teletica online as if you were visiting the website from within Costa Rica.

Access Teletica Online With a VPN in Just 3 Steps

Cybercrime has grown immensely in the last few years. However, many of us still remain oblivious to the risks involved. Nowadays, hackers have become so strong that no one can escape their wrath. From huge corporations like Facebook to ordinary household users, every entity is coming under attack due to many reasons and then suffering the consequences.

To counter such issues without getting your data leaked, you would need a VPN like Ivacy VPN. Let’s show you how you can unblock Teletica online in three easy steps:

How To Unblock Teletica Online In Your Region

While not in Costa Rica, several VPNs may be used to access Teletica. The internet is not as safe as you think it is. All of your online data is public to your ISP and government. To counteract such problems, VPN protects your data from cyber risks. You may now effortlessly access restricted content on the internet without the worry of your personal information being stolen. Ivacy VPN is the best solution if you’re looking for the ideal VPN for this reason.

Ivacy VPN is the safest and most secure way to browse the internet while being anonymous. It’s available for Android, macOS, iOS, Windows, Linux, and other key platforms. Ivacy VPN can be used on ten devices at once, giving you the best deal. Ivacy VPN stands out among VPNs for its quality services. You can access Teletica online even if you are not in the Costa Rican zone.

Founded in 1958, Teletica is the first television channel coming from Costa Rica. It is a local channel that operates numerous broadcast channels, including television and radio. All content is broadcast in the Spanish language, and the channel is exclusively available to the people living in the country. Telectica’s first transmission began in 1960 with the Canal 7 channel.

Teletica is the first television channel from Costa Rica. It provides news, sports, and lifestyle programs. These broadcasts are immensely popular with local audiences, but they can become an easy way for people who want to visit Costa Rica to understand the language as well as the local way of life. Since the channel is not available outside the country, here’s how to access the website while minimizing any risks from cyberattacks.

Teletica live stream is also available through their website. Here users can watch both the television broadcasts and listen to radio streaming too. The channel was previously known as Televisora de Costa Rica S.A. Since its creation, Teletica has grown and transformed along the way. Today, it is one of the most popular channels, which continues to provide fresh and exciting content for users.

The first channel to launch under the Teletica brand name was Canal 7. Now there are three channels that air a variety of content that appeals to users on different levels. The different channels feature a mix of content with no specific pattern. Here’s a brief breakdown of the type of content shown on each of the three channels:

Teletica television channels are open for live streaming on the website. The website is easily accessible to anyone around the world, irrespective of their country.

Teletica online has only one radio channel. It is called Radio Teletica and broadcasts on the frequency 91.5. The radio transmissions are also available on the website alongside television broadcasts. Besides this, the Teletica radio online shows are also available as podcasts on all major platforms. Radio audiences have reduced substantially over the years, and podcasts are an exciting way to keep these channels going.

Programs To Watch on Teletica

Teletica provides an amazing collection of programs that cater to all kinds of people. From music to culture, from TV series to competition programs, there is everything for everyone. Some of the noteworthy programs which air on Teletica online include Dancing With The Stars and The Walls are Listening. There are also two series currently airing on Canal 7. These are The Arrow and The Flash.

Steve McGarrett arrives in Hawaii to seek vengeance for his dad’s passing, but he accepts the Governor’s offer of his own task force. On the way, he picks up members of his team: Danny Williams, the lead detective on his dad’s case; Chin Ho Kelly, an ex Honolulu Police Department Detective who was dismissed for suspected corruption; Kono Kalakaua, McGarrett’s father’s old patrol partner; Lori Weston, a Cadet at the Police Academy who is one week away from graduating; Catharine Rollins, Steve’s girlfriend; and Captain Lou Grover, an ex Chicago Police Department Head of SWAT.

Blue Bloods covers the life of the Reagans, the New York Police Department’s First Community of Police Officers. Frank Reagan, the Police Commissioner and son of ex-PC Henry Reagan, must strike a balance between heading the world’s greatest police department and being the boss of his children. Erin, an Assistant District Attorney, Danny, a senior investigator, and colleague Marine Veteran, and Jamie, a fresh Harvard Law grad turned officer, all weave around the whole family drama and keenly protect their city. The nationalism, devotion, and importance of family-run deep in the Irish-American household.

Retired murder detective Horatio Caine leads a team of detectives who solve crimes in Miami’s sweltering, tropical environs and cultural confluence. Calleigh Duquesne, a Southern sensation with a ballistics specialty; Tim Speedle, a cheeky yet disarming investigator with a lot of street cred; and Eric Delko, an underwater extraction expert who knows all the ins and outs of Florida’s watercourses, makes it in his squad. Alexx Woods, the expert medical examiner, completes the crew. Former Patrolman Ryan Wolfe joins the team after Speedle is killed in combat. These detectives work together to gather and evaluate evidence in order to solve crimes and exonerate those who cannot advocate for themselves – the innocent people.

Other programs include The Entanglements of Juan Vainas, Cinnamon, Summer Toreado, and The Pension. All these shows are local productions that feature exciting storylines that keep audiences glued to their seats for as long as the episode is on air. Teletica live streams owe its growing popularity to these programs.

Teletica is one of only a few places where locals can enjoy great local content and foreigners can learn the Spanish language or Costa Rican cultural norms. That being said, it is crucial to use a VPN while watching Teletica live streams on their website. This is in light of the growing rate of cybercrime and the fact that most hackers target household users due to their lack of awareness and preparation.

Can Teletica detect a VPN?

Teletica is like most other websites. It can detect the similar IP addresses that emerge when people are using the same server to access a website. In simple terms, when two people connect to a VPN and choose the same server, they are given identical IP addresses.

A website can obviously tell this, but this is ignored because it is assumed that a single user is trying to access the website multiple times. So, even when Teletica detects a VPN, it doesn’t. More importantly, it can’t tell the user’s original location in any case.

Do I need to pay to watch Teletica online?