SBS on demand Live Streaming in 2022

SBS on demand, an Australian channel aims to keep its viewers entertained by providing them a huge variety of TV shows that they can enjoy when they are feeling down. From the most thrilling of games in the sports genre on SBS on demand android TV, to heart-wrenching movies and insightful documentaries on SBS live stream, the channel delivers way more than it promises. 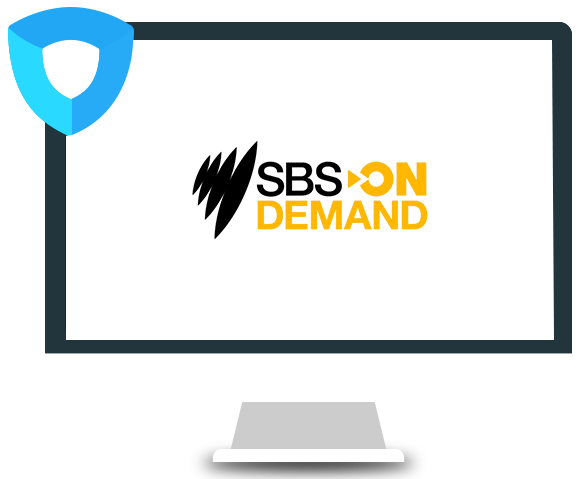 SBS on demand, an Australian channel aims to keep its viewers entertained by providing them a huge variety of TV shows that they can enjoy when they are feeling down. From the most thrilling of games in the sports genre on SBS on demand android TV, to heart-wrenching movies and insightful documentaries on SBS live stream, the channel delivers way more than it promises.

SBS on demand free, however, is that it only caters to an Australian audience. This means that people outside Australia can’t access the site. In other words, if you want to watch SBS live, but are travelling at the minute, or not in your home country, you can’t—at least not without a VPN; and will have to miss out on a lot of your favorite shows.

Because of this, when a viewer tries to access SBS on demand outside Australia, they are met with an error message telling them that they aren’t allowed to access the content. There are however, ways to get around geo-restrictions and still watch SBS live whenever you want, from any part of the world, whether you want to catch SBS on demand android TV or stream it straight from your cell phone.

You can watch SBS on demand from anywhere outside Australia in just four simple steps.

How does Ivacy unblock SBS on demand live stream outside Australia?

We’ve already touched base on what SBS on demand is, what it offers, and how geo-restriction works. Now, its time to talk about getting around the limitations and how Ivacy manages to do that.

When it comes to unblocking sites that prevent you from getting your work or research done, or keep you from catching up on your favorite shows and games, like being able to watch SBS live, Ivacy offers a three-fold solution.

The first is that Ivacy works by masking your original IP address, in turn, masking your real location. This allows you to slip between global government’s surveillance radars because no one will be able to tell where you’re really from. This happens because Ivacy lets you connect to the internet via a remote and secure server—which, if you’re looking to watch SBS on demand android TV, should be in Australia. The VPN lets you borrow the IP address, and thus, location, of this Australian server, letting you pose as though you’re from Australia.

The second benefit, is that with Ivacy, you wouldn’t have to worry about speed when you’re looking to watch SBS on demand free. Having been voted the ‘fastest VPN’ in the recent Best VPN Awards, you can watch SBS live stream without the annoying lagging or buffering issues. This is partly because Ivacy offers a unique feature called ‘split tunneling’, that lets you route selected traffic through the VPN, instead of all of it, greatly enhancing your internet speeds, and partly because IP masking also lets you escape ISP throttling.

The third advantage of subscribing to an Ivacy account to watch SBS live stream is that the VPN strives to make your online browsing and streaming experience secure, anonymous and completely private to you. Besides IP masking, it also offers up to 256-bit military grade encryption so that hackers or snoopers who do manage to hack into your connection, still can’t access your personal data.

See how easy and safe it is to watch SBS on demand from anywhere in the world with Ivacy? Now, lets get on to the really fun stuff.

What devices can your catch SBS live stream on?

Worried about getting a channel subscription and not being able to watch it freely from anywhere and anytime? Don’t worry! You can keep up with your shows, movies and games on several different devices, for example, you can watch SBS on demand Android TV, Sony TV, LG Tv, iOS, Chromecast, and even your Android phone!

How much do I have to pay to watch SBS on demand?

However, don’t worry! All our subscription plans come with a 7-day free trial, and a 30-day money-back guarantee, so you have plenty of time to figure out if you want to make a long-term commitment with us.

SBS on demand is definitely not a channel to be missed and whether you’re looking to watch shows or keep up with sports, Ivacy will be there for you. Not just for letting you watch SBS live stream, but also for ensuring your overall online security.

Never feel limited or unsafe in the online world, ever again!