How To Access RTBF 1, RTBF Live Streaming Outside Belgium in 2022

RTBF live airs content specifically for the French-speaking community in Belgium. However, it is limited for viewership within the country and any French-speaking Belgians living abroad or traveling cannot access this channel. Here's how you can watch RTBF live streaming from anywhere in the world. 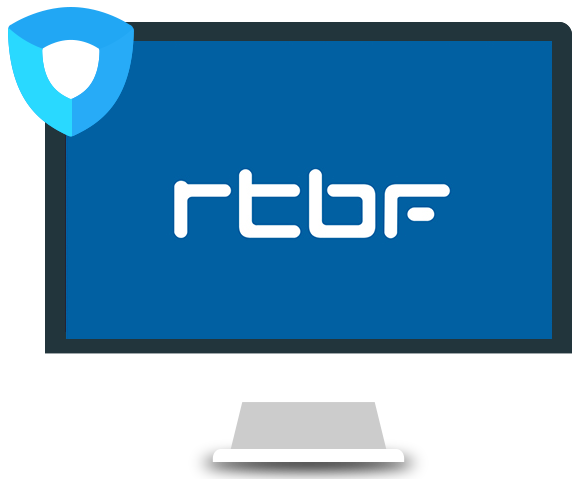 Here’s how to set up Ivacy VPN for use. It takes just 3 easy steps:

Open the Ivacy app and connect to a Belgium server.

Watch RTBF Live streaming from anywhere in the world.

Radio-Télévision Belge de la Communauté Française or RTBF for short was first launched in 1930. The transmissions for the channel first began with radio channels. Then about two decades later, RTBF also launched its television channels in 1953. Today, the RTBF live streaming channel has grown to become a representative for the whole French-speaking community in Belgium. These people follow the channel to get their daily source of news, sports, and entertainment, etc.

The headquarters of the RTBF live streaming channel are located in Brussels. The office is shared by both RTBF and VRT which is the channel for Dutch-speaking Belgians living in the country. The building is sometimes collectively referred to as Reyers, after the road that it is located on. While the channel is a public broadcaster, it is controlled by the French-speaking community in Belgium itself. This gives them a greater say in the way the channel is run and what content plays on it.

RTBF has five different TV channels under its brand name such as RTBF1 Live streaming and other. All of these air different types of content and cater to a wide range of audiences. The five television channels are all clearly distinguished in terms of the content which airs on them. Here is a breakdown of the names of these channels and the programs which they broadcast:

RTBF live streaming channel also offers video on demand. Users can access a huge archive of videos from previous shows and programs on the website of the channel. There is no signup or payment required. Just type the URL, hit go and begin your search.

While there are only five television channels, the radio platforms which RTBF has are numerous. There are some channels which are both analog and digital while others are only digital. The ones which support both transmissions include La Premiere, the channel which broadcasts news, cultural, informational and talk shows, VivaCite, a music program with a mix of news and sports and RTBF International, the channel which covers news from around the globe.

RTBF live streaming channel is available for download on the two leading platforms in the world, i.e. iOS and Android. The app is also available for PlayStation 4. PC or laptop users can simply log on to the website and begin watching videos on-demand or live transmissions from the channel. Radio and television programs are both available on the website for viewership. The website of RTBF live offers a number of other services too like news feeds and other updates regarding weather etc.

RTBF live steam channel is a platform which offers a multitude of channels to viewers of different tastes. The transmissions are primarily for French-speaking Belgian citizens. The channels are run by members of the community themselves so whatever happens on it is completely under their management. RTBF unfortunately, is not available in selected regions across the country. There are geographic restrictions on the viewership of the content.

This is where Ivacy VPN comes to play a role. The service has won accolades for its commitment and delivery of high-quality services. With the power of Ivacy, there are no restrictions that a website can place and users can’t overcome them. So download the application today.