How To Watch Bravo TV Live Stream Without Cable

Bravo TV, one of the most popular free American streaming platforms that give users access to hit series like ‘The real housewives of Orange County’ and ‘Million dollar listing New York’. 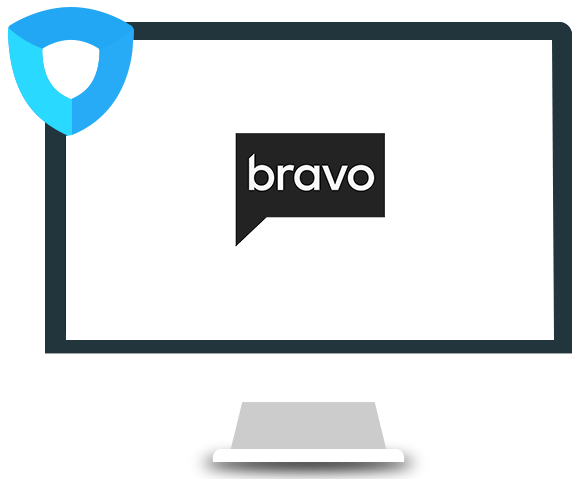 How to Watch Bravo TV Live Stream with Ivacy VPN

Who doesn’t love streaming series, shows, and movies after a long day at work? Or binge-watch a popular show over the weekend. Especially the one you have been waiting to be released for a while now. Bravo TV is an American streaming platform available for free, giving users access to successful and critically acclaimed reality shows and other series like ‘The Real housewives Series’, ‘Million Dollar Listing New York’, ‘Watch what happens Live with Andy Cohen’ and ‘Vanderpump Rules’ to name a few.

Bravo TV started off as a subsidiary of the CBS Channel, with a motto dedicated to the broadcast of the performing arts back in the 80, and it sure has lived up to it.

What to Watch on Bravo TV

Bravo TV is now known for its groundbreaking and innovative reality shows and reality franchises, for e.g. ‘Top Chef’, ‘The real housewives of Beverly Hills’. It does stream popular TV shows like ‘Southern Charm’, ‘Married to Medicine’ and ‘Ladies of London’. With its vast library of popular shows, one thing is for sure, you’ll never get bored with Bravo TV live stream. There’s one hitch; Bravo TV is geo-blocked outside the United States. If you try to access the website from a country other than the US, you’ll get an error saying that you’re not authorized to access it.

Are you wondering how to stream live Bravo TV outside the US if it’s geo-blocked? Well, don’t worry. In this post, we will walk you through exactly how to watch Bravo without cable from anywhere. But before we get into that, let’s talk about what geo-blocking is and why it happens in the first place.

Geo-blocking means that a webpage, website, or content is only available to a specific geographic demographic and is blocked in other parts of the world. For example, this could mean that if you try to access Bravo TV live stream from outside the United States of America, the servers will send back an error detailing that the website is blocked in your region. Another popular example of geo-blocking of content pieces is on Netflix, where certain shows and movies are only available in certain parts of the world and not in others.

How to Access Bravo TV outside the US – Easy Steps

Suppose you’re looking for how to stream live Bravo TV while it’s geo-blocked in your country; try using a streaming VPN like Ivacy VPN. Are you wondering how to watch Bravo TV with Ivacy VPN? Now that we have the basics, let’s talk about that.

Watching Bravo TV live stream with Ivacy VPN is simple. All you have to do is follow these four simple steps.

Now that you know how to watch Bravo without cable from anywhere, let’s talk about how it all works.

How VPNs can help

Suppose you need to access Bravo TV live stream from the US. A request from your computer will be sent to the Bravo TV server, where your location will be assessed through the country code in your IP address. Since this will be an American code, you will be allowed to access the website. Now, let’s say you try to access the same website from different countries. The servers behind it will assess the location, and on the conclusion that you’re not in the States, you won’t be allowed to access the site. In this challenging situation, the best way to unlock geo-locked platforms is by somehow acquiring a local IP address, which is exactly what a VPN does. When you use a VPN, your internet traffic is routed through a remote and secure server, which lets you unblock sites blocked in your country. Technically, all Ivacy VPN does is mask your IP address and make it appear similar to a US-based IP address, which allows you to watch Bravo TV without cable and outside the US.

Not only that, Ivacy VPN also helps you stream better by letting you bypass internet issues like ISP throttling and make sure that you’re safe and secure while you’re online.

Logged in to Bravo TV without cable? Here is a list of top Bravo Shows to watch in 2022.

How to Watch Bravo TV on Android

If you want to watch Bravo TV on Android, all you need to do is download the app from the Play Store. If you cannot download the app due to geo-restrictions, you will need to create a Google account from a region where Bravo TV is available by using a VPN.

How to Watch Bravo TV on Mac

To watch Bravo TV on Mac, you can access the website directly after you have connected to a supported region via a VPN.

Top bravo shows to watch on Bravo TV in 2022

Bravo TV’s roster is so chock-full of amazingly wonderful shows, chances are there is a new episode for a TV show out almost every week. So obviously, there are more shows than you can keep track of to satisfy each of your psychedelic moods. Grab a bag of popcorn, connect to a VPN server with Ivacy VPN, log into Bravo TV Live, and take a tour of the hot spot of reality TV.

On Bravo TV Live, different cliques of niche communities get a stage to be their most extreme, dramatic and outrageous selves. Whether they are cruising a yacht in ‘Below Deck’ or making the New Jersey gala rounds in ‘Real Housewives Of New Jersey’, you’re sure to see tables turned over, tears shed, nails broken and wild relationships ridden through to their acrimonious ends or the happily ever afters.

There is the real world where lesser mortals like us live, and then there is the world of Bravo Reality TV. It’s the most popular and franchised show by Bravo TV. While The Real Housewives of Beverly Hills takes place on Earth, the cast members’ actions and dialogue aren’t anything like the typical rich and famous lives. All you see has been shaken, pinched, and cultured through an assembly line of world-class producers and editors. And unsurprisingly, the final product is entirely captivating. To top it all off, it is one of the few reality tv shows with its own spin-off named ‘The Vanderpump Rules.’ The show has been so successful that it has had different versions named after different places in the US and also has an Indian version called ‘The Real Housewives of Bollywood’.

The first of its kind competitive cooking show for professional chefs, this classic cooking show pits professional chefs against each other in a series of complex challenges. Returning season after season since 2006, this show is the front runner in competitive cooking shows and gave birth to shows like Master Chef and its franchises. If this was not enough, this Emmy nominated show also put out different versions like Top Chef Masters, Top Chef Family, and Top Chef Juniors. This is the show that put Padma Lakshmi on the global host stage, and she has been hosting the show since season 2. If this is not enough reason for you to watch Bravo TV Live, then I don’t know what is.

The Cyrus family is no stranger to having their lives put in a TV show. Ever since Miley Ray Cyrus starred in the Disney show ‘Hannah Montana’, the Cyrus family has mainly been on TV. After the patriarch Billy Ray legally changed his name to ‘Cyrus’, the Cyrus family split into three major artist groups, where one is more talented than the other Cyrus. All the while with Papa Cyrus at the center. In this show, however, two of Cyrus’s daughters, Brandi and Trish Cyrus, transform ordinary and lackluster interiors into dazzling works of fine art throughout the state of Nashville.

One of the few medical series on Bravo TV, revolves around the lives of seven Atlanta women who are either doctors themselves or married to them. Interestingly, the plot is based on the distinctive premise of wanting to save on medical bills by being socially exclusive to doctors to being neurotic. Each year, this Bravo show gets more interesting and follows the seven women through their daily tribulations. The show follows seven women from Atlanta who are with doctors or married to them.

Now that you know how to stream live Bravo TV, let’s answer some frequently asked questions.

Yes, there is a Bravo TV app to keep up with the latest content available. All you need to do is download the version suitable for your device from the available sources like – the iOS app store, Google Play, Roku Channel, and Amazon TV. Log into your online television service provider and start streaming.

Using a VPN is not illegal unless you’re using it to engage in unlawful activities. All Ivacy VPN does mask your IP and nothing more. In addition to it, it keeps your data safe.

Absolutely! You just need to have an Ivacy VPN subscription to access it on your Mac and other iOS-based devices outside the US.

Do you want to learn how to watch Bravo TV with Ivacy VPN for free? Ivacy VPN comes with a 7-day free trial which you can use!

You can watch Bravo TV on a range of devices. These include devices such as Amazon Fire TV and Chrome Cast, etc. You can also watch on mobile devices (Android and Apple OS) and gaming consoles such as Nintendo, PlayStation, and Xbox One if you are inclined towards such devices. Ivacy VPN will allow you to watch Bravo TV on these devices at high speeds.

Now you can Bravo TV Live without cable and outside the US in a significantly hassle freeway by subscribing to an Ivacy VPN account. This means that watching the CBS-owned Bravo TV live stream is possible for all of us who do not live in the United States of America. You also have a list of top-rated shows streaming on Bravo TV, so it is now easier than ever to watch Bravo TV outside the US or anywhere else; you can use Ivacy VPN to unlock the platform and watch Bravo TV live on any device. So what are you waiting for? Download the Ivacy VPN app on all your devices and start watching your favorite TV shows!

Does Bravo TV have a TV app?

Yes, Bravo TV does have a dedicated app for TV.

Can I use free VPNs to access Bravo TV?

Yes, you can, but it is not recommended. Free VPNs are unreliable because they sell or misuse user information without their consent.

What else can I do with a VPN?

A VPN allows users to do the following:

How much does Bravo TV cost?

Bravo TV costs can vary depending on your SVOD services.

Can I get Bravo on Netflix?

Bravo TV is not available on Netflix, but some of its content can be found. You will fare better on Hulu instead.