How To Unblock Apple TV Plus Abroad With A VPN

Apple TV+ is available in 100 locations, but if you are not in one of those regions you will not be able to access the platform. To access it in all its glory, you will need a reliable VPN. Once connected to a VPN server, you will able to watch interesting shows like The Morning Show, See, and more. Read more to know how you can access Apple TV Plus from anywhere in the world. 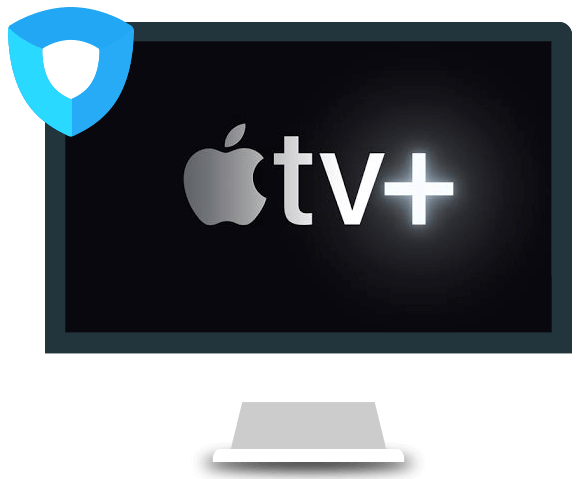 Here Are The Steps Mentioned On How To Unblock The Channel

To watch Apple TV+ from anywhere in the world, simply follow the steps that are mentioned below:

Open the Ivacy app and connect to your preferred server.

Watch Apple TV+ Live from Outside of US or anywhere in the world.

The Apple TV+ streaming service was officially launched in November, and it has left quite a few scratching their heads about the service as a whole. If you want to unblock Apple TV, you need not look further than Ivacy’s Apple TV Plus VPN.

It is worth noting though, the streaming service is available in more than 100 countries (for the full list, click here), but just in case you are not in any of those regions, you can learn about unblocking Apple TV Plus, and what you can look forward to, here.

Use Ivacy’s Apple TV+ VPN to Unblock It

Let’s start with unblocking Apple TV+ since that is why you are here. The good news is you can unblock the streaming service in less than a few minutes. To do so, follow these instructions:

Note: For the best results, connect to VPN servers in the US, the UK, Canada, Mexico, Australia, Italy, France, Denmark, Belgium, and Argentina.

The reason why you are not able to access Apple TV+ in your own region is because of geo-restrictions. Regions, where Apple TV+ has not been officially launched, are prevented from accessing the service entirely, which is unfair, to say the least. This is where Ivacy VPN comes into the picture.

Apart from unblocking the streaming service from you, it has numerous features that will ensure you remain off the grid. With such anonymity, you will not have to worry about being discovered let alone being kicked from the service for good. There are plenty of other features that will give you the best possible online experience, you can learn more about them here.

Why Unblock the Apple Streaming Service?

If you thought you were better off with your Netflix subscription, think again. There are a couple of reasons why you will want to unblock the Apple streaming service, the primary reason being it is extremely affordable. You will have to pay no more than $4.99 per month, which is a great deal. It is cheaper than Netflix, Disney Plus and even Hulu. If that is not enough, a single subscription can be shared with six different family members, how about that?

Get Apple TV Plus for Free!

If you do not want to part with your hard-earned money, you can actually get an Apple TV Plus subscription for free. Since Apple wants users to stream the service on Apple TV or Apple TV 4K, you might as well pick either of said devices to score Apple TV+ for a year, completely free of cost!

To take advantage of this offer, you will need to follow these steps to the word:

Remember, you can only qualify for this offer if you bought an Apple device back on September 10. The offer is valid for refurbished and new models, including iPhone Upgrade Program devices. The best part is that the offer is not restricted to a certain sales channel. It applies to both, Apple Store purchases and purchases made from resellers.

If you are not eligible for the offer, you can still get Apple TV+ for free. Rather than paying the Apple TV cost upfront, you can take advantage of its 7-day free trial. This way you can actually determine whether the streaming service is to your liking or not.

Apple TV has launched with quite a bit of content for you to sink your teeth into. For now, it has launched the following exclusive shows:

The Morning Show packs quite the star power. It explores the drama that takes place behind the scenes of a morning news show. It will feature Steve Carell, Reese Witherspoon, and Jennifer Aniston. What is interesting is each episode costs well over $15 million, which means it is even more expensive than the final disappointing season of Game of Thrones.

This alternate-history drama is created by the mind behind Battlestar Galactica, Ronald D. Moore. The show explores what would happen if the space race never came to an end. Seasons one is available for viewing now, with a second one to be released in the near future.

This comedy stars Hailee Steinfeld as the American poet, Emily Dickinson, who became famous after her death. The series aims to look at the constraints of gender, society, and family from the perspective of the young poet.

If the name of the show did not give it away, this post-apocalyptic drama is about a world where the surviving humans are left blind because of a deadly virus. The show stars Jason Mamoa and Alfre Woodard and is already in pre-production for a second season.

Other shows that will be released soon include Helpsters, Ghostwriter, Snoopy in Space, Hala, The Banker, Little America, Little Voice, Further Out, Amazing Stories, Home Before Dark, Mythic Quest, Slow Horses, Severance, A Christmas Carol, Ted Lasso, and much more!

Unfortunately, it is not available on all mobile devices. It can only be viewed on iPads and iPhones, meaning Android owners will have to stick to streaming Apple Plus’ exclusive content on a web browser rather than using a dedicated app.

You now have everything you need to know about Apple TV Plus and how to unblock it. Additionally, you also know how to take advantage of the free offer. To take full advantage of Apple TV+ just make sure you use Ivacy VPN so that you remain safe and secure at all times. Moreover, it will give you the best possible streaming experience, as it does away with ISP throttling.