How To Watch France TV Live Online Outside France in 2022

France TV is an online service that allows you to live-stream programs from its biggest public channels France 3, France 4, France 5 and France Ô to name a few. To Watch France TV live outside of France, you can follow the 3 simple steps mentioned below. 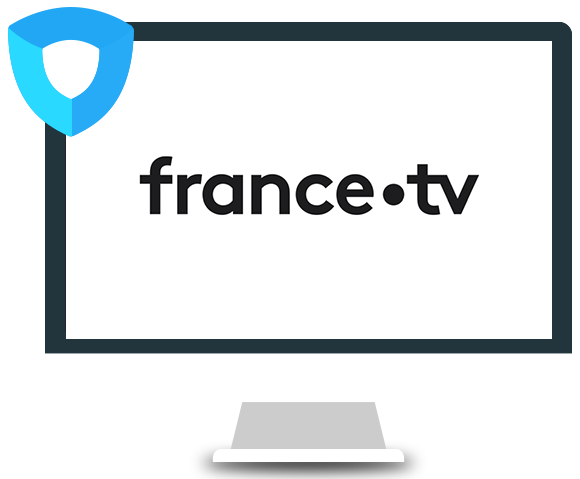 How To Watch France TV Live Online Outside France

Here, we will explain how you can bypass regional blocking of any kind and watch France TV live online from any country in the world in three easy steps:

Watch France TV Live from anywhere in the world.

Want to watch France TV live stream? We get you! France TV is the mother of the France Télévisions group and supports both local and foreign productions. Having said that, France TV does limit it’s reach and audience to France-only. Which means that you can’t watch France tv online if you’re living outside France or even travelling.

If you try to access France TV from anywhere else in the world, you are greeted by this unwelcoming message: 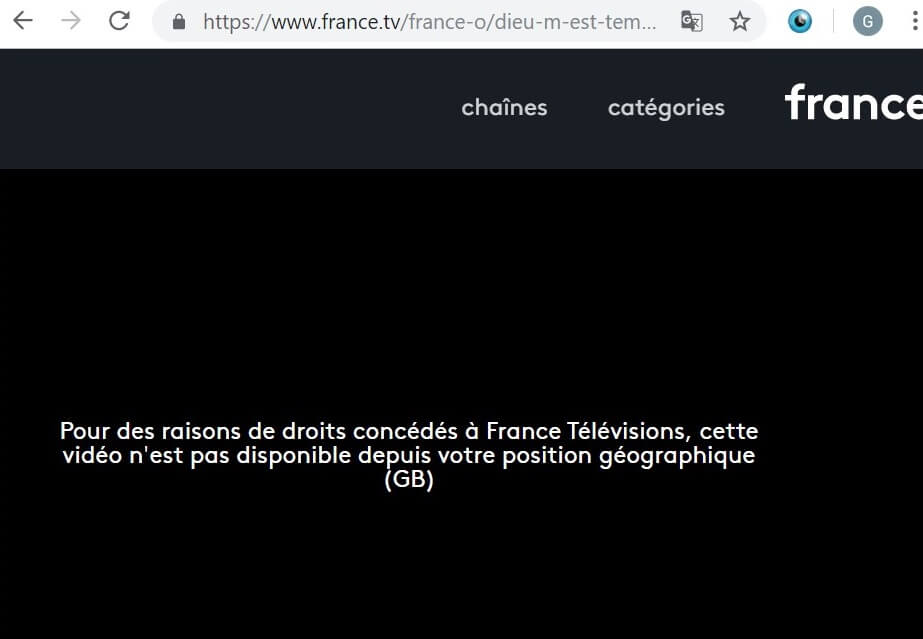 “For copyright reasons, this video owned by France TV is not available due to your current geographic location (GB)”

However, we understand if you’re vexed about having to miss your favorite shows, series, events and programs while you’re outside your country. To make things a little better, here’s a good news: there are ways to to watch France TV live free outside of France.

Download Ivacy VPN! Ivacy  lets you mask your IP location and encrypts your data so you can watch Trance TV live stream online from anywhere in the world, safely and securely.

Follow these steps to be able to watch France TV online from anywhere in the world with an Ivacy subscription.

With over 5700+ servers in over a hundred different locations in the world, Ivacy VPN will let you effectively watch France TV online from anywhere in the world by masking your IP address and assigning you a pseudo IP address.

This means that you will be connected to the internet via a proxy server in France that will let you pose as a French citizen. Additionally, Ivacy also provides up to 256-bit Military Grade encryption to make sure that you’re safe and secure while browsing and watching France TV live free.

Now that you can access it, let’s have a look at what France TV has to offer.

The website divides up its programs into a lot of useful categories. Here they are:

This is THE sporting event of the year, famous all over the world… The French Open. Catch all of your favourite Tennis Stars, including Rafael Nadal fighting hard to retain their titles. You can watch all of the matches in the French Open LIVE on France TV.

There’s a WHOLE lot to choose from, so we’re just going to focus on the ones that have REALLY caught everyone’s attention.

Le rat scelerat – A masked rabbit with a thieving habit… this is an entertaining short drama perfect for the little ones.

Plus Belle La vie – A long-running French soap opera based on the lives of several working-class people living in Marseille. You can watch this live with France TV.

Des jours Meilleurs – France TV truly caters to all audiences as this comedy is about 16 years old Charlie who’s up to no good… one for the adolescent demographic.

Apart from entertaining the French, France TV also informs them. A vast range of documentaries are on offer varying from topic to topic.

Political documentaries such as Dans les coulisses du duel Macron/ Le Pen. Here, the conflict between the two political opponents is explored thoroughly, in a highly relevant analysis of the reconstruction of the political left and right.

Historical documentaries are also on offer, for example, 1939, un dernier été. In this documentary, the tension present before 1940 is explored, as people attempted to escape the tediousness of war.

France TV is famous for being incredibly modern. Their exploration of modern-day social issues shows how invested they are in the social consciousness of the everyday French person.

Drawing attention to the plight of 410 men held in the detention centre Tatutu de Papeari who are held in solitary confinement, this documentary is an example of incredible investigative journalism.

There are also regularly running informative programs such as Infrarouge that help you understand social issues by presenting them to you in a clear, concise manner.

You can stream live children’s television from France TV as well.  Their cartoons are not only useful for soothing hyperactive toddlers but also to help those who wish to learn French but cannot yet fully understand adult programs.

Oscar & Malika, toujours en retard.  Living in the same neighborhood means that Oscar and Malika walk to school together. This, of course means that they get up to a few adventures without their parents knowing …

Yetili If you haven’t got a soft spot for Yeti’s who love to read, you certainly will after watching an episode of Yetili.

You won’t miss out any of the music festivals as you can stream them live with France TV.

Festival Marsatac has lots of music acts that can all be seen on demand on France TV.

We always save the best for last.

We’ve already had a look at the French Open, but of course, that’s one of many spectator sports that France TV has to offer.

You can catch the  Championnat du monde U20 de Rugby on France TV as well as Sports Analysis programs such as TOUT LE SPORT.

It’s obvious that France TV has a lot to offer. With Ivacy VPN, you can unlock the cornucopia of content that is available to those living in France. Whether you are a French person living elsewhere yearning for a taste of home, or simply a French learner who wants to immerse themselves in the culture, there’s a lot to be gained by unblocking France TV.

With Ivacy VPN, the process is easy, and you can rest easy knowing that Ivacy VPN is a completely secure method of unblocking channels from all across the world.

We hope you enjoy watching all the content that France TV has to offer with the help of Ivacy VPN!