How To Watch ELTA TV Live Streaming Outside China [Updated 2022]

ELTA Technology Company Limited, better known as ELTA TV is a Taiwan-based channel and is one of the prime broadcasters in Taiwan. However, it’s transmissions are restricted to China and Taiwan only. Here's how to watch ELTA TV live online outside of China. 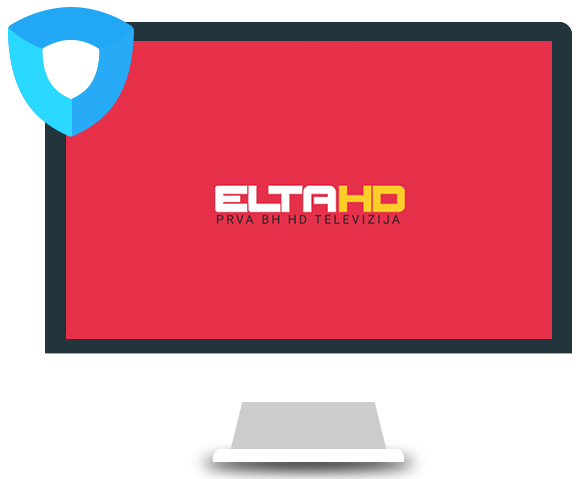 How To Access ELTA TV Live Streaming Outside China

Here, we will explain how you can bypass regional blocking of any kind and watch ELTA from any other country in the world in three easy steps:

Open the Ivacy app and connect to a server located in China.

Watch Elta TV Live from anywhere in the world.

Since Taiwan s part of the Republic of China, a country that places strong restrictions on digital media outlets including social media, ELTA TV transmissions are geographically restricted. For a traveler or Taiwanese citizen living abroad, ELTA TV is not available anywhere.

Virtual Private Networks or VPNs serve as a deterrence against these limitations by masking the original IP addresses of users.

Launched in March 2000, ELTA TV has grown into a channel with assets worth almost NT$ 250 million. It is amongst the most viewed mediums in the country with over the top services. The channel transmits over cable too but it is also available without the help from any broadcasting services. This is possible through the internet only.

The channel is headquartered in Taipei City, Taiwan. The people of Taiwan consider themselves a part of the Republic of China but not the People’s Republic of China. The channel has both HDTV and SDTV transmissions and users can pick from either one of them. The OTT service was launched in 2016 but it is a subscription-based service which people have to purchase.

ELTA TV Live Stream provides access to an extensive range of services and channels for viewers within Taiwan. With ELTA OTT (over the top) service, you can gain access to six channels as well as Movies on Demand from a variety of foreign channels. Amongst the six channels, three are dedicated to sports and the rest are split between entertainment and general content.

Here is a complete division of channels under the ELTA TV brand name and the types of content that they offer:

Region Blocking and How It Works

It isn’t news to know that ELTA TV is blocked outside China. There are several sites that are blocked in certain regions of the world and outside certain regions. This happens due to three main reasons. The first is that websites that correspond to certain services like, ELTA TV live stream, deliberately want to limit their exclusivity to a certain region because that’s where the major chunk of their audience lies.

The second reason websites are blocked is because their content and operations interfere with the laws and policies of other countries. This often happens in countries that observe strict censorship. Finally, the last reasons certain websites often get geo-restricted is because they display or deal in content or substances that are illegal in certain countries, so governments end up restricting them.

This means that the only way to unblock them, is to use a VPN service to mask your original IP address and connect to the internet via a server in the country where the site is allowed. For example, to access ELTA TV online, you’ll need to connect to server in China through Ivacy!

Ivacy VPN offers two advantages; masking your IP address and letting you connect to the internet through a server in China to let you stream ELTA TV online without getting into trouble with the law. The second advantage is that it offers up to 256-bit Military grade encryption to make sure that your communication with the internet would be useless to any third-party who doesn’t possess a decryption key, even if they do manage to hack into your data.

This means that you can unblock ELTA TV from anywhere in the world, and enjoy the content as much as you want without worrying about getting into trouble with the law.

ELTA TV Online has an OTT service which broadcasts all the content over the internet. Viewers can log in to the website if they have purchased the subscription that is, and what their favorite content with ease. The channel also has mobile applications available for both Android and iOS. While the channel is available in different formats for multiple devices, it is not so readily accessible in different countries around the world. For that, viewers have to install services like VPNs. These allow unrestricted access to ELTA TV live stream from anywhere in the world.

ELTA TV is a channel which covers a variety of content. Citizens of Taiwan follow these channels in order to fulfill their needs for viewing all types of shows from sports to entertainment etc. however, if you are traveling or living abroad for any reason, the chances that you can access ELTA HD TV are slim. This is where Ivacy comes in.

All you have to do is install the application available for almost every gadget, sign in and begin your secure browsing sessions. It doesn’t matter where you are in the world, Ivacy has got you covered. With comprehensive coverage through servers in more than 100 countries, Ivacy has won widespread acclaim for almost every segment of society. Don’t miss out and download Ivacy at the earliest.