Want to reconnect with your Latina roots while you’re living in a foreign country but don’t know how? Want your kids to watch Latina channels and make sure that they are familiar with their original culture and language? Try watching Antena Latina Canal 7! Antena 7 live is a Dominican channel that broadcasts shows, events, news, and other live events. 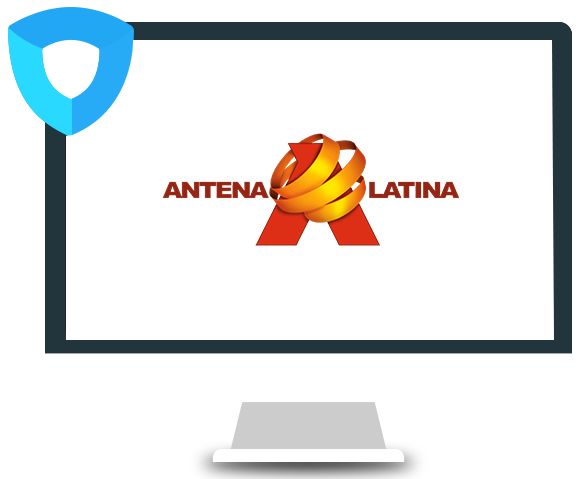 How to Watch Antena latina canal 7 online with Ivacy VPN

Do you want to reconnect with your Latina roots while living in a foreign country but don’t know how? Want your kids to watch Latina channels and make sure they are familiar with their original culture and language? Try watching Antena Latina Canal 7! Antena 7 live is a Dominican channel that broadcasts shows, events, news, and other live events.

When it comes to setting up Ivacy VPN on your device(s), it will be a breeze. Apart from the blazing fast speeds we offer, the entire process of acquiring true internet freedom with impenetrable security is the best in the industry.

Open the Ivacy VPN app and connect to a Hong Kong server.

Watch Antena latina canal 7 online from anywhere in the world.

Operated by Bonetti Comunicaciones, the channel has its headquarters in Santo Domingo and was first introduced on October 16, 1999, after Rahintel. There are certain companies that the channel has agreements with to let a wider portion of its audience get access to Antena latina canal 7 online. However, it remains one of the many geo-blocked websites outside certain set regions.

If you try to visit the website in any country where it is restricted, you will most likely see an error message stating that you are not permitted to do so. This occurs for two primary reasons. The first one is that the website or business wants to deliberately limit its audience pool, and the second is that the website’s content clashes with the country’s laws.

In the case of Antena Latina Canal 7, it looks like the channel wants to cater to a very select audience. If you’re unable to watch Antena latina canal 7 online, don’t worry. There are still ways that will let you watch not only Antena 7 live but also unblock any other website blocked in your country.

The most popular and effective of these ways is to use a VPN, like Ivacy VPN. Using a VPN will mask your identity and bypass all the geo-blocks imposed by Antena Latina Canal 7, allowing you to access its content freely. Let’s look at how Ivacy VPN works to unblock Antena Latina Canal 7 and how to download and install the app.

Antena Latina is a broadcast television channel in Santo Domingo, Dominican Republic, providing entertainment, news, and educational shows. However, the content it provides is only accessible to the audience of the Dominican Republic. So, if you are traveling and don’t want to miss out on the content offered by Antena Latina Canal 7, then you need to use a VPN such as Ivacy VPN.

You may also utilize a VPN when viewing your favorite movies or TV episodes. Several premium subscription streaming providers use geo-blocking technology. This implies that certain content will be prohibited in specific geographical areas. Using a VPN gets around this problem and allows you to view practically anything you want, no matter where you are. Because streaming services are so popular, bandwidth is very uncommon to get saturated, resulting in buffering difficulties. A VPN can help you avoid this, resulting in a more enjoyable watching experience.

Ivacy VPN has the best features in comparison with other VPN services. It works essentially by masking your IP address. When you’re visiting a website on the internet, one of the main things that determine if you’ll be able to access the site or not is your IP address. If your address seems to be from a country where the site is blocked, you will be returned an error. On the other hand, if your IP is from a country where the website is okay to access, the site will load up.

If you’re sitting in a foreign country where you can’t watch Antena 7 live, you can use Ivacy VPN to connect you to the internet through a proxy server which will let you pose as a citizen of a Latin American country. This has two advantages. Besides allowing you to unblock Antena Latina Canal 7 from anywhere globally, Ivacy VPN also lets you browse the internet entirely privately, keeping you safe from snoopers and hackers.

Moreover, Ivacy VPN’s fastest servers ensure that you stream your favorite content without stuttering and buffering.

Over the years, Antena Latina has strengthened itself as a premium channel in local production. This was evidenced by productions such as El bachatón (produced by Alfonso Rodríguez), and later, in productions such as Noche de luz , Focus , Grandiosas , Rica Loquera , among many others. Operated by Albavision Antena 21, it was born in 2002 with a television format that unites design and technology for its audience.

It not only offers Spanish content but also has a variety of Turkish drama serials that are loved by a wide range of audiences throughout the world. The following are some of the best shows available on Antena Latina Canal 7 for you to choose your favorite ones.

Elif, a lovely and compassionate 6-year-old child, is at risk of being sold to cover her stepfather, Veysel imşek’s gambling debts. Melek, her mother, flees, only to discover that she is gravely ill. She puts Elif in the care of her best friend, Ayşe Doan, a maid in the household of a rich family. Ayşe tries to persuade the Emirolu family to let her raise Elif in the home.

She does, however, have a well-kept secret: Elif is the biological child of Kenan, the affluent family’s cherished oldest son. Kenan is unaware that Elif is his kid from a previous relationship he was forced to abandon by his family. He is currently married to Arzu Karapnar. Tuçe Emirolu, their daughter, is a spoilt brat noted for her nasty temper. Elif is forced to live on the opulent estate, apart from her beloved mother, and oblivious of her close closeness to her biological father.

The narrative begins in the 1970s in Istanbul and continues through the rich lands of Cukurova and Adana (a city in the south of Turkey).

Zuleyla (Hilal Altinbilek) is a young and lovely woman who lives in Istanbul with her sister-in-law and her stepbrother Veli (Mustafa Acilan).

She is a tailor in the Istanbul area and hopes to marry her sweetheart Yilmaz (Ugur Gunes).

Yilmaz is a diligent worker who works as a mechanic. His lord reared him after his family died a long time ago. Yilmaz’s life is not prosperous, but he will go to any length to make Zuleyha, his sweetheart, content.

Yilmaz and Zuleyla want to get married as soon as possible and start their new life together. However, something unexpected happens, and they become the victims of fate.

My Husband’s Family (Kocamın Ailesi in Turkey) is a 2014 Turkish television series produced by Mia Yapım and broadcast on Fox Turkey. It is an adaptation of the Korean drama My Husband Got a Family. Tarık is a young adopted doctor raised in Germany. Along with his wife Yonca, he moves into an apartment complex and meets Mukadder, a traditional Turkish matriarch with a tragic past, this because her son was kidnapped 25 years ago.

Pedro, twelve, and his buddies stroll the streets of Caracas’ working-class neighborhood. Pedro’s father believes they must run and hide when he gravely injures another youngster in a harsh game. Despite his father’s realization that he cannot supervise his adolescent son, the scenario puts them closer than they have ever been.

Hercai (Inconstant Love) is a Turkish romance television series starring Akn Aknözü, Ebru ahin, Gülçin Santrcolu, Serhat Tutumluer, Oya Unustas, and Ahmet Tansu Taşanlar. On March 15, 2019, it debuted on ATV. ATV has licensed rights to Telemundo to show the series in numerous international regions, including most of Latin America and the United States, beginning on June 22, 2021.

Miran is seeking revenge for his parent’s death, so he plans to marry his daughter Reyyan from the family who was responsible for that. Unexpectedly he falls in love with Reyyan.

A divorced couple who can’t stand each other end up as neighbors in the same apartment building.

The program is a production of the production company Vistalux International chaired by businessman Carlos Salcedo Gavilán in association with animator Daniel Sarcos. This program has been nominated at the Casandra Awards (current Sovereign Awards) in the Weekly Entertainment Program category.

This program 2, with so little time on the air, has managed to obtain high points in rating, positioning itself as one of the most popular Dominican television programs. 3

Among its production team, the following stand out: Geisha Rivas as production coordinator and Carlos A. Salcedo, son of Mr. Carlos Salcedo Gavilán.

Antena Latina Canal 7 has worldwide popularity, and many people wonder how to watch Antena Canal 7 online. Being able to watch Antena latina canal 7 online shouldn’t just be reserved for a select few. Download Ivacy VPN now and catch up on your favorite shows, events, and news from the comfort of your own home, regardless of where you live in the world.

Why is Ivacy VPN the best option for watching Antena 7 live?

One of the best parts about Ivacy VPN is that it lets you connect to the internet via a remote and secure server. Still, it also encrypts your communication with the internet using a military-grade encryption protocol. This protects you from cybercrimes and hacking incidents while ensuring that your online activities and browsing are yours alone to own.

It also comes with additional security features such as a kill switch, DDoS and malware protection, and split tunneling, to name a few.

How much does Ivacy VPN cost?

How dangerous is unsafe browsing without a VPN?

Everything you do is monitored by your ISP when you browse the web without a VPN. This includes what websites you visit, who you email, and any information sent over unencrypted protocols like FTP or Instant Messaging (IM) services. Since ISPs will store all of this information for years, they are more than happy to share it with anyone who asks!

How can we access something that has been ‘blocked’ by our ISP?”

ISPs block many VPN services. Use a VPN service that your ISP does not block, or configure your VPN server. Various tutorials also explain how you can do it for free. You could also use free DNS servers such as those run by Google or OpenDNS, but you won’t get the same results.