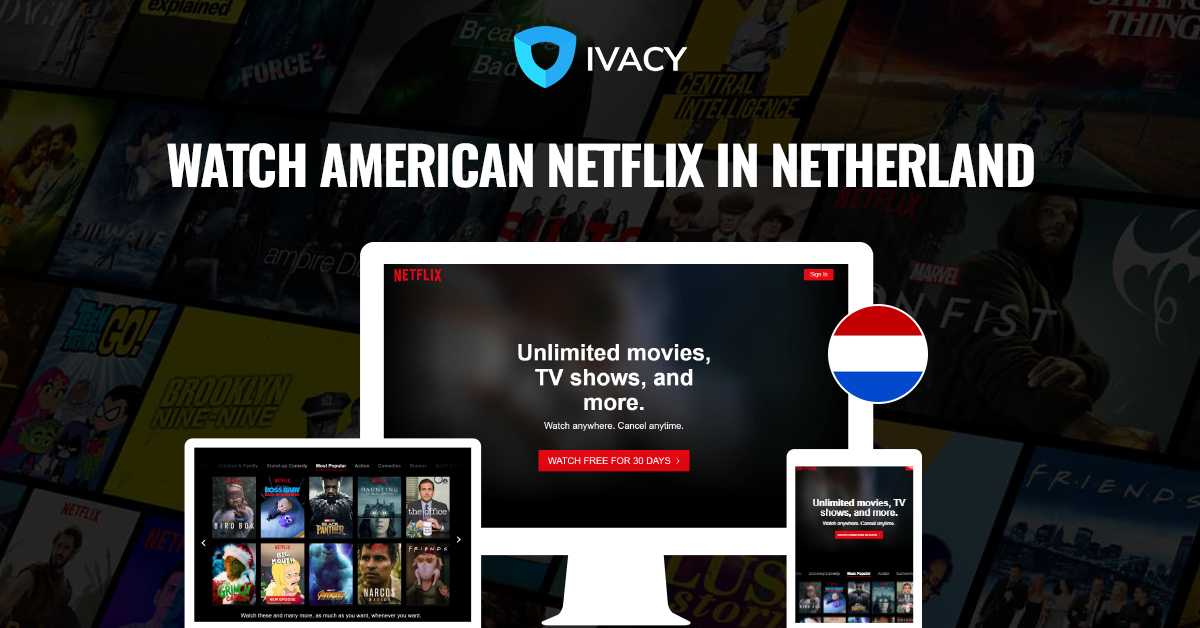 Netflix is all about binge-watching your favorite shows or movies at your convenience without any interruptions. That’s what is great about Netflix; it’s the streaming service with no ads and a library rich in ridiculously good content. But we can’t say the same for all Netflix versions as they differ in catalogs from one country to the other. The different Netflix libraries have to do with licensing agreements and distribution deals, and apparently, Netflix US got the most significant share of that deal. But, you can’t get American Netflix in Netherlands!

How To Watch American Netflix In Netherlands Using A VPN

As we’ve mentioned above, watching American Netflix in Holland is possible with a VPN service. A Virtual Private Network connects your device to a server of its own and gives you the IP address of that server’s location. Once you connect to a US server, your IP changes and you appear to be using the Internet from your designated country.

Here is how you can do that:

After you connect to a US VPN server, you’ll get a temporary US IP address making it look as if you are from the United States.

Only people in the US can access Netflix USA, whereas people in Holland, the UK, Canada, France, Australia, and Germany must stick to their local versions. Unless, of course, they want to get a slice of the cake themselves. They don’t have to fly to the US to watch American Netflix; they can virtually do so by using a VPN. Dutch people need to use a reliable VPN to get Netflix US unblocked in the Netherlands on any PC, Mac, Android, and iOS.

However, after getting an American IP with the help of Ivacy VPN, you can easily access US Netflix from anywhere around the world.

Not all VPN service providers can unblock Netflix USA; many have tried to figure out work about around the Netflix US ban but not all succeeded which is why you should be careful when choosing a VPN service provider and take experts’ word for it.  Ivacy is the best VPN for a task like this. It’s one of the very few VPN providers that grant you the opportunity you to watch Netflix USA anywhere in the world, including the Netherlands.

How Netflix Regional Restrictions Hinder You From Accessing American Netflix in Netherlands?

When Netflix wants the rights to stream a particular show or movie to their users, they must pay the copyright holder for those rights. The problem is that rights have to be obtained for each country separately. For example, when they want to offer a stream to the same movie in two different countries, they often need to purchase the rights from two separate companies for two different prices.

Therefore, in a broader market with millions of Netflix users, such as that of the US, it makes sense to pay for the rights for an extensive selection of shows and movies. On the other hand, language-specific programs and films are unlikely to find a broad audience outside of the Netherlands which means you won’t find these streams even in massive markets like the U.S., let alone other smaller countries.

Benefits Of A VPN Apart From Letting You Access American Netflix In Netherlands:

Apart from surpassing geo-blocks, a VPN can be beneficial for your security and privacy. When you sign up for a VPN, you get a lot of advantages in return, watching Netflix USA is one of them, but that’s not all. There is a heap load of benefits VPN services offer. Read in detail which VPN is the best for Netflix USA in this article here.

Is It Safe To Use A VPN For Accessing American Netflix In Netherlands?

Top 3 Shows Available On Netflix USA But Not In Netherlands

Here are the 3 of the highest-rated shows that you are missing out on, by not being able to access American Netflix in Netherlands:

Don’t settle for the content which is lesser compared to what the US citizens get!

Now, people in Holland don’t have to pay for less content. They can get and access Netflix USA and everything it has to offer from where they are with a VPN. Once your computer connects to an American server, all of your traffic gets redirected through it. After that, you’ll be able to stream episodes of Glow, Stranger Things, and 13 Reasons Why at any time in the Netherlands. 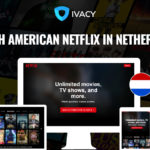