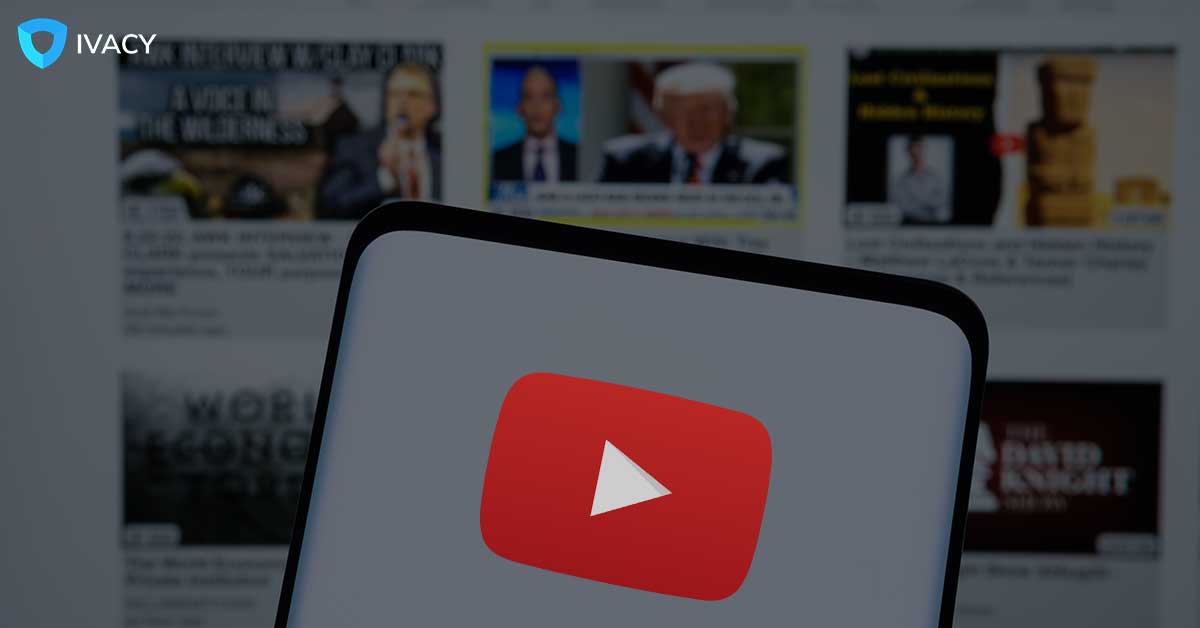 YouTube is among the most visited online platforms in the world today. The platform hosts a plethora of content that entertains, educates, and updates people on what is happening worldwide.

Given the vast reach of this magnanimous platform, one ought to take certain care when going online. Powered by Google, YouTube keeps track of certain information on you, including, but not limited to, search history, personal interests, and more.

Though there are precautions that one can take to safeguard their experience online, there are some that would rather switch to a YouTube alternative for a safer but equally richer entertainment experience.

Thus, readers should continue exploring this blog as it contains information on some of the finest YouTube alternatives currently in the industry. So, without any further delay, let’s get started:

Even though numerous streaming platforms are similar to YouTube, this blog only contains the list of YouTube alternatives that have piqued users’ interests. Here they are:

Dailymotion is among the oldest YouTube alternatives that streamers have sought refuge under. The platform offers an experience similar to YouTube, where desired videos on various topics can be found instantly.

Just like YouTube, Dailymotion also enables users to stream their favorite content and upload videos they want to share with the world. Here, users can set up their channels and even use those channels to generate a fan following and ultimately start earning an income.

Vimeo is yet another alternative to YouTube, where streamers can access a similar video-streaming and video-sharing experience. Vimeo creates a simple yet interactive interface that seamlessly helps streamers spread joy through their videos.

This YouTube alternative may not be as populated as YouTube, but it does host a plethora of content that is worth checking if YouTube is not an option. The only downside is that this platform may not be used for revenue generation, as one would use YouTube.

Among all the YouTube similar companies, Twitch is the one that gamers prefer. The reason for this preference by gamers is that Twitch is a dedicated video streaming platform for video games. Here, fans can live stream, share, and watch entire matches of their beloved games all day.

Moreover, Twitch is popular among professional gamers as they rely on this platform to live-stream their performances for the fans to enjoy. Twitch also comes in handy when fans want to stream important gaming tournaments online. This streaming site broadcasts major gaming tournaments for titles such as Dota 2, Counter-Strike: Global Offensive, Valorant, League of Legends, and numerous others.

In recent years, Facebook Watch has attracted a significant number of Facebook users to use this section for entertainment instead of YouTube. This medium keeps track of the user’s likes and dislikes, thus enabling the platform to post videos that the user might consider entertaining.

When talking about dependable YouTube alternatives, one should check out DTube. Like YouTube, DTube features an interactive interface where users can find what they want in seconds.

DTube claims to focus harder on user privacy since it uploads all the user videos on the blockchain. Furthermore, the videos are not uploaded on a centralized server, which could compromise the users’ privacy.

Talking about reliable YouTube alternatives, TED surely comes to mind. TED is an educational platform where viewers can stream motivational talks from people from all over the world. TED is a renowned non-profit organization that hosts motivational talks by people coming from a variety of backgrounds.

If entertainment is not the only thing you want from watching videos, then TED is a great platform to check out. The website hosts more than 2000 inspirational talks as of now. So, if one is having a hard time with the occasional blues, TED is the place to visit.

Crackle is an excellent streaming platform owned by Sony Picture Entertainment. Coming from Sony, Crackle makes for a highly entertaining YouTube alternative where users can stream TV shows and movies from Hollywood. In addition, viewers can access numerous high-quality titles from big names like Columbia Pictures, Funimation Films, and a few others.

And the best part about this YouTube alternative is that you can access several of the titles here for free. The only downside here is that Crackle happens to be a geo-restricted platform, and it may not be accessible in some regions. But even that can be sorted with the help of Ivacy VPN, but let’s leave that part for the end of the discussion.

Another one of YouTube alternatives is Uscreen, a platform that holds content from a wide range of genres. Here, streamers can easily watch videos on sports, entertainment, news, comedy, and numerous other topics.

In addition to enabling viewers to stream their favorite content, the website lets them download those videos, should they wish to watch them later. And the platform can easily be accessed on all the major platforms, which include Android, iOS, Windows, Linux, and many others.

YouTube may be the biggest video-sharing platform in the world, but it is not the only one. And despite being the “biggest and baddest” in town, there are regions where YouTube still might be geo-restricted.

Moreover, there are concerns about personal data being compromised on YouTube. Since YouTube is backed by the biggest name in technology, Google, it only makes sense that it will be tracking people’s activity via YouTube.

Who is YouTube’s Biggest Competitor?

There are several YouTube alternatives that could be considered its biggest competitor. However, it is not safe to assume any of them to be YouTube’s definite equal. All the YouTube alternatives have their pros and cons they bring with them. And each may be a master of a certain genre. But crowning any one of them “the biggest YouTube alternative” is yet to become a possibility.

There is a way for streamers who want a safer YouTube experience or even if they want to access YouTube alternatives safely. Ivacy VPN is a tool that helps keep people’s data private and secure.

By masking a person’s actual IP address and replacing it with a virtual IP address, Ivacy VPN can safeguard personal data, unlike any other VPN service. And setting up Ivacy VPN is also quite simple. Here is all that viewers need to do to set up Ivacy VPN to access YouTube alternatives:

Are Free VPN Services Safe for Streaming on YouTube Alternatives?

In contrast, paid VPN services such as Ivacy VPN are much more reliable since they are backed by strong military-grade encryption and strict no-logs policies. They ensure that none of the users’ data is ever shared with third parties without their consent.

Is it Legal to Use a VPN Service?

Using a VPN service is completely legal in most regions around the world. That being said, there are still some regions where VPN use is illegal. If not, then some VPN services are banned in those regions.

To avoid any trouble, users ought to contact a legal professional who knows local law. If the lawyer gives the green light, then it would be safe to proceed and subscribe to Ivacy VPN for watching content on YouTube alternatives.

Here are some of the most entertaining and reliable YouTube alternatives that streamers can turn to. While some might not be like the others on the list, they all have the content and potential to entertain and educate their users. And in case of any geo-restrictions, Ivacy VPN stands by to put aside any hurdles.