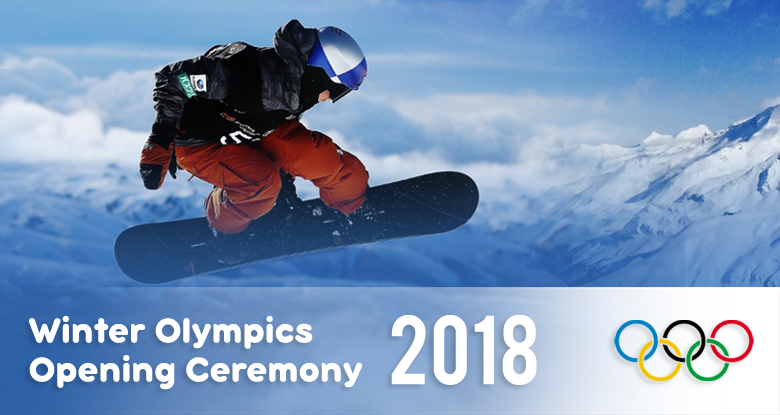 On February 9, 2018, South Korea will kick off its first ever Winter Olympics being held in PyeongChang. The spectators at the open-air PyeongChang Olympic Stadium are surely in for a treat despite  extreme cold temperatures and bitter winds. Both, ticket holders and fans at home will watch the Winter Olympics 2018 Opening Ceremony, though surprise twists are expected.

Here’s everything you need to know about this year’s opening rites:

When does it start?

You’ll either want tune in on Friday, February 9, at 6 a.m. ET for the the live performance that starts at 8 p.m. KST, or sleep in a little later and catch it during the primetime coverage on NBC at 8 p.m ET. The entire show is expected to last about two hours, so settle in.

Where will it air?

American viewers can watch Winter Olympics 2018 Opening Ceremony on the NBC channel,but are not limited to said option alone. Live feeds will also stream on NBCOlympics.com as well as the free NBC Sports app. The app is available for download on both iOS and Android phones,  and even streaming sticks for that matter, like Amazon Fire TV, Roku, and Chromecast.

NBC also announced that the ceremony will air live in virtual-reality, an interactive, 360-degree viewing experience available on a variety of devices and platforms.

Both the opening and closing ceremonies are to take place in Pyeongchang Olympic Stadium, which was initially established for  elaborate performances to the tune of $58 million. The 35,000-person arena, already inviting criticism for its design, won’t host any athletic events.

The stadium boasts an open roof  — a decision reached to cut costs and pace up construction — is vulnerable to expose competitors, world leaders, and fans to extreme cold. An internal organizing committee document foretold the likely real-feel temperature to be 7 degrees Fahrenheit, making it the coldest Olympics to date.

The ceremony will follow the same general schedule as the Sochi Winter Olympics four years ago:

If you are in the US, then you can easily watch Winter Olympic online free as NBC will broadcast the XXIII Winter Olympics on its website and through its NBC Sports app for free

Many online US-based TV streaming services offer NBC Sports as part of their portfolio and one of the best ones that offer trials is YoutubeTV.  You get a 30-day trial, the ability to record to the cloud and up to six accounts per household (and 3 simultaneous streams per membership).

You can watch it on most devices and there are no fees for canceling. The other contenders are Playstation Vue, Sling TV, DirecTV Now, Fubo TV and Hulu with Live TV.

If you’re in the UK and if you have a TV licence, then BBC iPlayer is where you should go for Winter Olympics 2018 as the official broadcaster for the games; you may be asked to register for free in order to watch it though but it is a doddle and once you do it, you can enjoy it almost anywhere.: on your mobile, your media player, tablet, your web browser, streaming device, gaming console, TV, cable and satellite operators etc.

How to watch Winter Olympics Opening Ceremony on Kodi

5: Here you will be presented with many BBC channels. Now if you live outside UK, pressing any channel will prompt a notification ‘BBC iPlayer TV programmes are available to play in UK only’.

6: Upon connecting to a Kodi VPN, you can connect to a UK server and stream Winter Olympics from one of the BBC channels.

previous article
iOS Users Rejoice, New and Improved Ivacy VPN is here!
next article
How To Install SportsDevil On Kodi
you might also like

How to Watch UFC 251 on Amazon Fire TV Stick 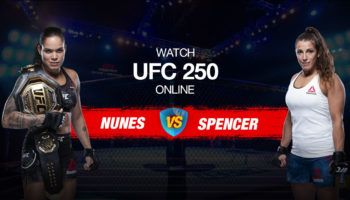