There has been a constant debate that whether or not ‘Die Hard’ is a Christmas movie, regardless, Die Hard served as a stepping stone at the of its release in 1987. For us at Ivacy, we’ll watch it on any given day.

Without further ado, let us find out about the best movies to watch on Christmas. These Popcorn free movies in some fashion or another encapsulate the holiday vibe of both Christmas and New Year. Let’s find out, shall we?

A Little About Popcorn Time Movies

Popcorn Time movies is a platform developed by movie and TV show geeks. The platform houses tons of movies and TV shows you can watch. You can also add them to your Wishlist, ‘favorite’ content that you enjoyed the most, and can even practice Popcorn movie download. The library is divided into Movies, TV Shows and Anime respectively.

Failing to employ Ivacy VPN will end up getting you a DMCA notice.

If you are not thankful in life with what you already have then you might want to think again. The story in A Wonderful Life revolves around such a man. He’s honest and upright in his dealings with his neighbors and family members.

The character of George Bailey is relatable and any hard working man will know when they watch him battling the burden of society weighing down on his shoulders. The film beautifully captures his mental battles which turns him suicidal.

Upon the verge of jumping to his death, he’s saved by a stranger who he later finds is an angel. If you are one of those who can hardly appreciate what they have in life, but always long for what they don’t have. This film might teach you a thing or two this Christmas season on Popcorn Time movies.

In short, it’s an engrossing watch!

Who hasn’t watched Home Alone? All of those who grew up in the nineties grew up watching Home Alone on a  number of occasions. Directed by none other John Hughes, Home Alone has long been the favorite Christmas movie.

This movie made Macaulay Culkin a household name. The adventure details the story of Kevin McAllister, who is left alone on the occasion of Christmas and burglars played funnily enough by just the opposite of such roles, Joe Pesci – the guy who played the bad guy in Goodfellas, Casino and other gangster movies.

The movie is full of laugh out loud moments. Burglars are caught off guard by booby traps set up by the eight-year-old. The scenes that ensue as a result are hilarious! So if you are seeking to make your Christmas a reason for lots of laughter, catch Home Alone on Popcorn Time movies.

When the name Will Ferrell comes to mind, you know you are in for laughter. Will Ferrell has made a career out of comedy flicks. One after the other, the guy never ceases to amaze! Elf, when it came out in the year 2003, turned out to be quite a surprise for the audiences everywhere.

Ferrell grows up thinking he is an elf and travels as an adult to New York to search for his biological father. Will Ferrell is supported by the veteran James Caan who plays his father. Oh and did we mention, the film is helmed by Jon Favreau – Swingers, Iron Man, anyone?

Ferrell’s childish mischief throughout his adventure is one to marvel at. He’s Dennis The Menace but in an elf outfit and is an adult. The movie can be streamed on Popcorn Time free movies this Christmas.

No matter what steps you may take, availing Ivacy VPN is a necessity rather than a luxury in this day and age.

In the same year, we were treated to Bad Santa played by a drunkard and someone who’s given up in life by none other than Billy Bob Thornton. The movie left audiences with a somewhat underwhelming experience. The film’s authenticity not only as a Christmas flick but also as the final product is often debated.

There are haters and then there are those who are head over heels in love with Bad Santa. The story is about a guy who dresses up as Santa during the Christmas season and entertains children and shoppers alike in malls and shopping plazas. Only to rob those stores in the end when the lights go out.

Billy Bob Thornton’s character is supported by his sidekick, Tony Cox’s dwarf who’s basically his partner in crime. So if it’s a slow day for you during the holiday season, you might want to stream Bad Santa on Popcorn Time movies.

About A Boy is a story about the loner Will Freeman played with unwavering charm by Hugh Grant. Will Freeman is a real-life Grinch. He hates kids and women are his weakness but he never commits. He enjoys solo sailing and has become a product of luxury. Popcorn Time movies happen to be the best place to watch it over Christmas

His life is turned upside down when he meets the boy played by X-Men’s Nicholas Hoult. You wouldn’t even recognize him in this character. We had to rewatch it just to make sure it’s the blue-haired Beast.

A Word Of Caution

Popcorn Time Windows 10 or watching it on any other device is illegal in many countries including the US, UK, Canada, and Australia etc. Therefore, if you were to watch content, you might as well use a Popcorn Time VPN free to stream your favorite Christmas movies and content.

A Popcorn Time VPN or any other (say) Netflix VPN will mask your IP address and will render your presence online anonymous. That way you are protected against any DMCA notices or government surveillance. Moreover, your ISP cannot keep tabs on your activities which is why you can stream content without experiencing speed throttling at the hands of your ISP.

Now that that’s out of the way, we can go back to discussing Christmas Popcorn time movies.

This movie is the third film in the series of Harold and Kumar movies. These movies are raunchy comedies with nudity, sexual innuendos, F-bombs, drug use and relies in the least on situational comic moments. For more raunchy comedies like this one, you can check out Popcorn Time movies’ comedy genre.

John Cho and Kal Penn are impressive as the duo who venture on a series of misadventures. If you are a fan of films as described above then you would love it. The story is nothing out of the box. Harold and Kumar are seeking to plant a new Christmas tree – all so that they can please Harold’s pissed off father-in-law played by Danny Trejo. If nothing, watch it for vulgar NPH cameos.

Love Actually is a film about love where eight interconnected stories about people come to light prior to Christmas. It has a star-studded cast, including Hugh Grant, Emma Thompson, Rowan Atkinson, Keira Knightley and little known ‘Rick’ (at the time), Andrew Lincoln from the hit TV show The Walking Dead.

The film will teach you the meaning and will make you fall in love all over again over the Christmas and holiday season. Watch it today on Popcorn Time movies.

Carol stars the Oscar winner Cate Blanchett and the ever talented Rooney Mara. Carol does not in any way imply Christmas Carol instead is the name of the titular character played by Blanchett. It is an adaptation of Patricia Highsmith’s 1952 novel The Price of Salt and currently available to stream on Popcorn Time movies.

The film is sensual and about seduction. A young store clerk, (Mara) falls under the charm of Carol and what follows is a tale of obsession and one of the best films made about love, on screen.

With the anti-privacy and data retention laws in place, a VPN from Ivacy is a must in this day and age.

Regardless of whether or not Eyes Wide Shut is a Christmas movie, you need to watch it for the surreal experience. And when it’s Tom Cruise, Nicole Kidman and the late Stanley Kubrick captaining the ship, you know you are in for a treat!

From the director of Forrest Gump comes a CGI spectacle in the form of Polar Express by Robert Zemeckis. The film beautifully illustrates and presents a rendered version of Chris Van Allsburg’s children classic.

Motion-capture is put to a stellar use and you see Tom Hanks playing the boy, the train conductor and the Santa Claus. From Toy Story voice over acting to motion-capture, Tom Hanks is an actor who’s wits and charms earned him numerous accolades in Hollywood including two Oscars.

The plot sees our above three characters battling the misty Uncanny Valley. But since it’s over the Christmas, they face it with sheer joy and in open arms.

While the above are top 10 picks for Popcorn Time movies but few others deserve an honorary mention. These include:

So tell us in the comments below, which ones you have watched and which Popcorn Time movies you will be watching during the Christmas and holiday season.

Tags : christmasmoviespopcorn time
previous article
What is Tap Windows Adapter and How to Manage it? V9
next article
How To Install Popcorn Time On Android
you might also like 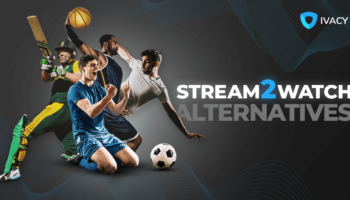 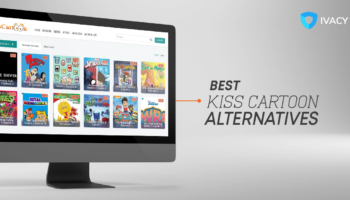 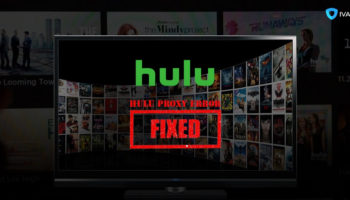 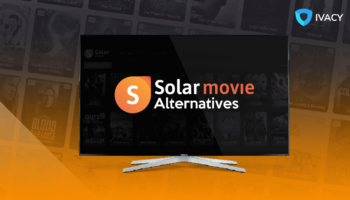