How to Watch and Install Paramount Plus on PS4? 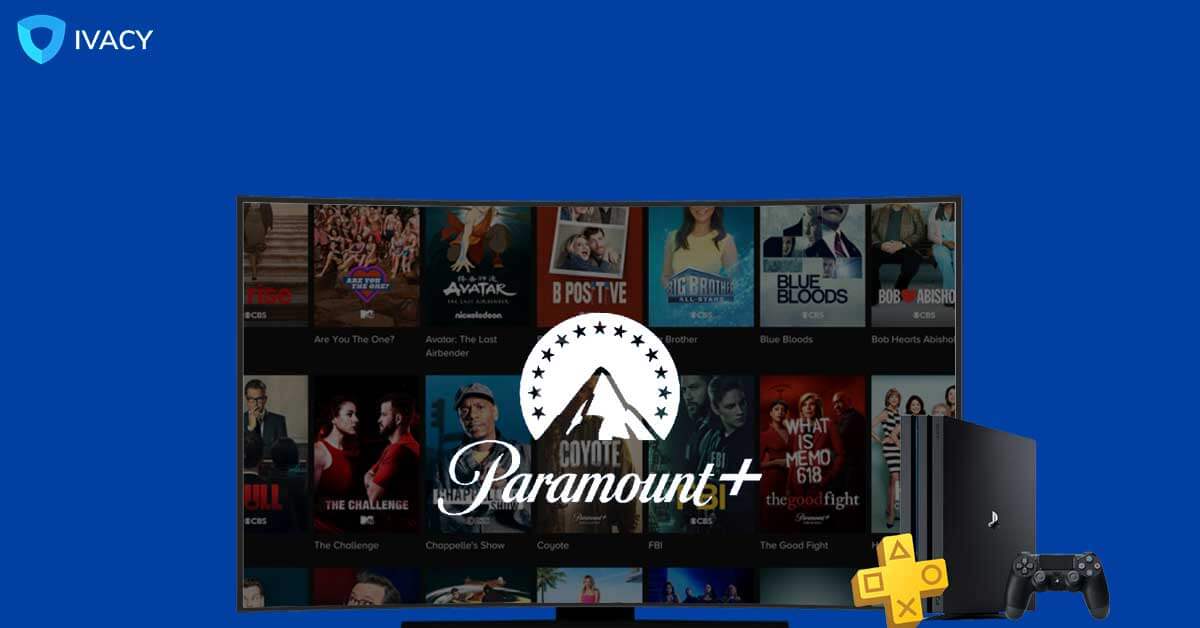 In this article, we have covered everything you need to know about Paramount Plus, how to watch and install it on your PS4, and how to sign up for it on your PS4 console.

What is Paramount Plus?

Paramount Plus is like sugar and spice. It has everything from Nickelodeon to MTV, from CBS to Comedy Central. If you’re tired of watching Netflix or Amazon Prime Video, the Paramount Plus series and Paramount Pictures movies might be a refreshing break. Previously known as CBS, Paramount+ has some extra entertainment, including 30,000 episodes of popular shows. Moreover, it also has more channels, including Paramount Pictures, Comedy Central, and Nickelodeon. If you’re a football fan, Paramount+ offers CBS sports for your daily dose of adrenaline.

The only issue is that Paramount Plus is only available in the US, Latin America, Canada, Australia, and the Nordics. You will need a VPN to spoof your location if you are not within these regions.

Features of Paramount Plus

Paramount Plus on PS4 has the following exclusive features that any of its users can avail of by getting a Paramount Plus subscription:

Parents can select a rating category based on their child’s age and what they are permitted to watch. The account holder manages these profiles; therefore, your children will be unable to update them on their own.

All CBS All Access exclusives, including The Stand, Star Trek: Picard, The Good Fight, Why Women Kill, Tooning Out the News, and Star Trek: Discovery, will continue to be available on Paramount+.

Stream on Up to 3 Devices Simultaneously

The collection of nearly 10,000 television episodes at Paramount+ includes most programming aired on CBS in recent years. NCIS, Blue Bloods, and Hawaii Five-0 are examples, as are reality shows like Survivor and The Amazon Race.

Twin Peaks, Star Trek, Star Trek: The Next Generation, Sabrina the Teenage Witch, I Love Lucy, and Cheers are among the shows available on the site.

Paramount Plus is investing heavily in children’s programming. The Spongebob Movie: Sponge on the Run is another feather in Nickelodeon’s crown of on-demand and live entertainment. Over 1,000 children’s programming episodes are added to the platform, including Danger Mouse, Cloudy with a Chance of Meatballs, Inspector Gadget, The Adventures of Paddington Bear, Madeline, and Heathcliff.

Although there is a growing library of movies like the Rocky flicks on Paramount+, there are better options if you seek classic and newly released movies.

Then, by 2022, this Paramount Plus streaming service will have roughly 32.8 million customers. With this subscription, you may access all premium video content, including live and on-demand viewing of movies, series, and TV shows. As a result, subscription plans are priced at $4.99/month or $49.99/year for Essential and $9.99/month or $99.99/year for Premium. 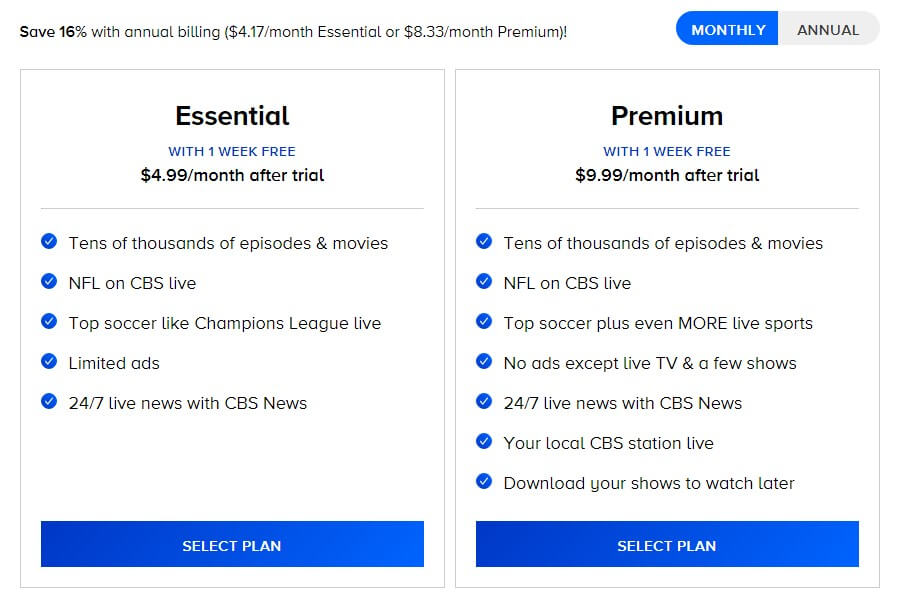 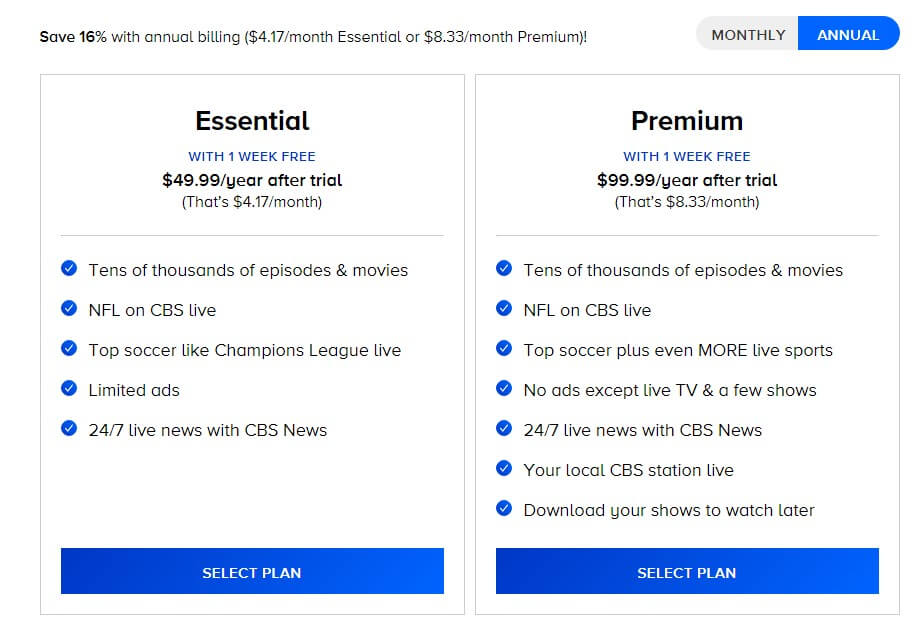 Is Paramount Plus on PS4?

Yes, the Paramount Plus app is available on PS4 right now, meaning that you can access it easily through the PlayStation store, download it and start streaming its content. However, unfortunately, the website is only available for the US audience, making it unavailable in the rest of the regions around the world.

Keep reading to learn how to install and watch Paramount Plus on PS4:

How to Install & Watch Paramount Plus on PS4?

If you’re in the US, you can easily install the Paramount Plus app from the Microsoft Store directly. So, you can easily download and install it directly from the PS4 console by following the steps below:

Connect your PS4 to your Smart TV using an HDPMI porthole.

Now, link your PS4 to your TV using a WiFi network.

Go to the Main Menu of your PS4 from the dashboard.

Now, open the PlayStation Store and head to the App Section.

Search for the Paramount Plus app using the Search tab in your screen’s top left corner.

Download and install the Paramount Plus app on your PS4 device once your find it.

Once the installation is complete, open the Paramount Plus app on your PS4.

For a complete guide to signing up for Paramount Plus on your PS4, click here.

However, Paramount Plus is only available for users in the USA, Canada, Latin America, Nordic countries, and Australia. So, if you are not within these regions, you will have to use Ivacy VPN to watch your favorite shows on Paramount Plus on PS4.

If the above method looks like a hassle to you, you can use the second method to stream Paramount Plus app on your PS4 console using the PS Remote play by following the steps mentioned below:

First, connect your PS4 to your TV through an HDMI port.

Go to your PS4 Settings and turn on Remote Play from the Remote Play Connection settings.

Go to the Account Management option from Settings and activate your PS4 as primary.

Set your feature to Available in Rest Mode and tick Stay Connected to the Internet, Enable Turning on PS4 from Network and Keep Application Suspended.

Next up, opt for Turning on PS4 from Network from your PS4.

To watch Paramount Plus on PS4, connect your mobile device to the same network your TV and PS4 are connected to.

Go to the App Store or PlayStore, depending on the model of your mobile device.

Search for Paramount Plus and PS Remote Play app from the search tab of your phone’s App Store and PlayStore.

Once you find the above apps, click and install them. Open the PS4 Remote Play app on your PS4 and sign in using your login details when the apps are installed on your device.

Now, you need to connect your phone to your PS4. Once you’re done, you will see your phone display on your TV screen.

Now, browse through the Paramount Plus PS4 and start watching your favorite shows and movies.

Again, you won’t be able to find the Paramount Plus app on your App or PlayStore if you’re not based in the regions where Paramount Plus is available; you will have to use a VPN to get through the geo-restrictions.

How to Watch Paramount Plus on PS4 With A VPN?

We understand the hassle of not being able to access the Paramount Plus app on your PS4 when you’re traveling or out on a business trip. If that applies to you, all you need to do is follow the steps mentioned below before following the step-by-step instructions mentioned above:

How to Sign Up For Paramount Plus on your PS4?

If you do not already have a Paramount Plus account, here’s how you can sign up for one:

This article covers everything you need to know about getting a Paramount Plus subscription and how to download and watch Paramount Plus on your PS4. Please let us know if this guide is helpful in the comments section below.

Why is it a Paramount Plus on PS4 but not on PS5?

Paramount Plus is not officially released on the PS5 platform because it is a relatively new gaming console in the market, and the platform is still trying to get the hang of the console. However, don’t be disheartened, as Paramount Plus will soon release an app for the PS5. Till then, you can enjoy your favorite content on the PS4 console.

Is Paramount Plus available on PS4 Australia?

Yes, Paramount Plus on PS4 is available in Australia, the USA, Canada, and the Latin and Nordic regions.

Error code 3004 Paramount Plus PS4 is yet another unexpected error that comes up when you try to connect to the PS4 server. While the error seems rigid, it can easily be solved following simple tips, including restarting your PlayStation, Checking your PlayStation’s Network Status, Changing DNS Settings, and Changing Your Wi-Fi band from Automatic to 5 gigahertz.

Tags : Paramount Plus PS4
previous article
How to Get Unbanned from Omegle?
next article
What’s the Difference Between the Deep Web and the Dark Web?
you might also like