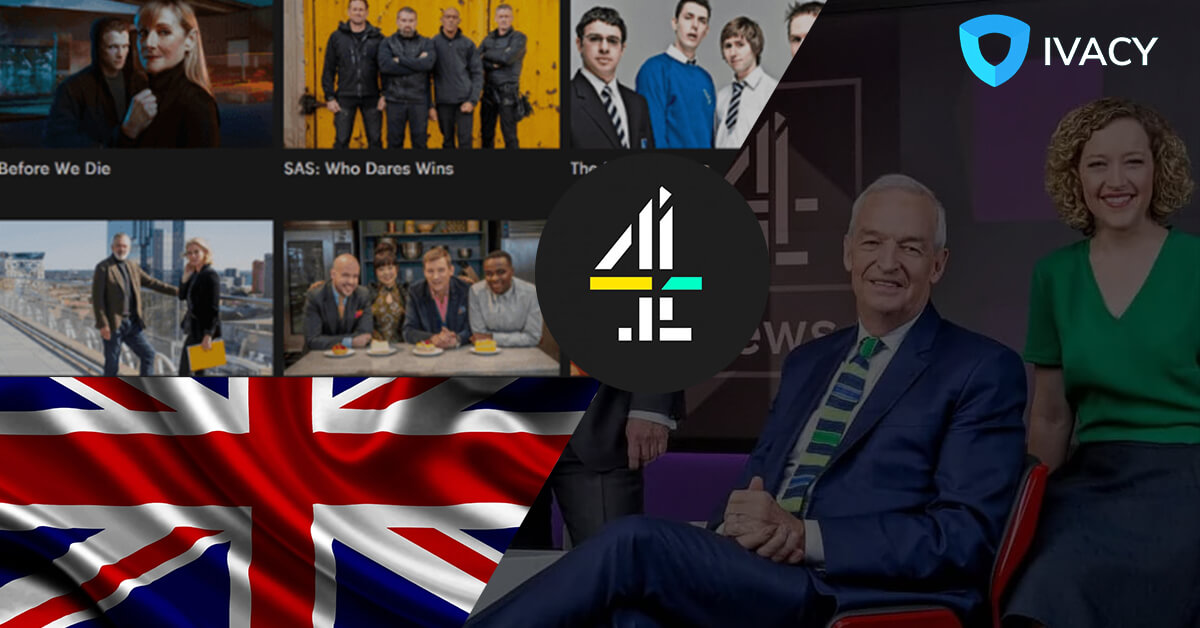 Are you trying to watch Channel 4 live outside the UK? That wouldn’t be possible without a VPN. Get Ivacy VPN’s premium subscription now to start watching your favorite British shows.

Channel 4, 4 On Demand, or All 4 is a British OTT (over the top) service that provides free live streaming in the United Kingdom. It has fantastic stuff such as The Spy Who Died Twice, Peep Show, and Fresh Meat.

Channel 4 is a geo-restricted streaming service exclusively available in the United Kingdom. You may access the streaming platform outside the UK by connecting to a server in the UK.

This means if you try to access Channel 4 live outside the UK, you will encounter the below error:

All 4 is only available in the UK. You can find more details on our FAQs. 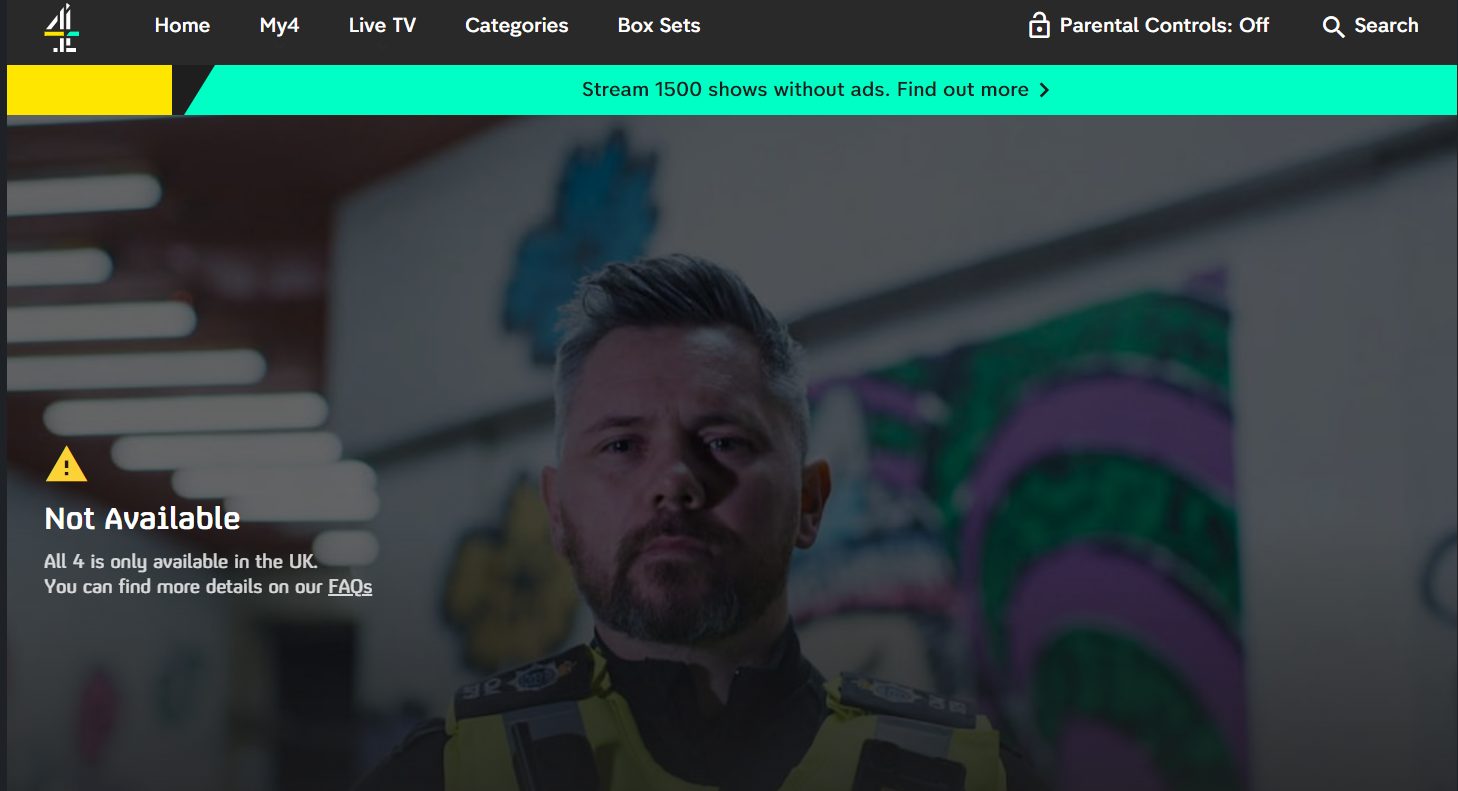 So, stop wondering how to watch Channel 4 on Demand outside the UK and follow our simple instructions to circumvent Channel 4’s geo-restrictions!

How to Watch Channel 4 Outside the UK?

Try to access Channel 4 platforms without a VPN from the United States or elsewhere outside the United Kingdom. You will see an error message claiming that Channel 4 content is unavailable in your region.

Here’s how you can watch Channel 4 live from outside the UK:

How to Watch Channel 4 on Smart TV?

Channel 4 is a catch-up TV network that can be accessed via Smart TV via terrestrial, cable, satellite, IPTV, and streaming media.

You can watch live Channel 4 news on its app, All 4. The All 4 app can be downloaded via your Smart TV’s built-in app store. However, this app is only available in the United Kingdom, making it inaccessible to the rest of the globe. As a result, we recommend that you use Ivacy VPN before attempting to watch Channel 4 on your Smart TV.

Here’s how you can watch Channel 4 on your Smart TV from anywhere around the globe:

How to Watch Channel 4 live on Firestick?

All 4 is Channel 4’s on-demand and catch-up streaming service, which supports a wide range of devices, including the ones in the Amazon Fire TV family.

With the official All 4 app on Firestick, you can watch your favorite Channel 4 programs live and on-demand, as well as every other show from Channel 4’s sister channels, such as E4, More4, 4seven, Film4, and 4Music.

But that’s only for the UK audience; if you live outside the UK, you must connect to a VPN before streaming your favorite shows.

Here’s how you can watch Channel 4 live in the US:

How to Watch Channel 4 Live on iPad?

Channel 4’s watch live app is available on almost all platforms, including iOS. You can easily download Channel 4 app on your iPad to enjoy streaming your favorite British shows and movies. But that’s only for the UK audience. If you live outside the UK, you must download Ivacy VPN first to enjoy Channel 4 news and movies.

Here’s how you can watch Channel 4 live on iPad or any iOS device:

How to Watch Channel 4 Live on Roku?

Channel 4 has a designated All 4 app available on Roku Channel Store for the UK audience. So, you don’t have to worry about how to watch Channel 4 on Roku. However, if you are trying to watch channel 4 news live stream from outside the UK, you must follow a few additional steps:

Here’s how you can watch Channel 4 on Roku from the US:

How to Watch Channel 4 Live on Apple TV?

After a lengthy wait, Channel 4’s on-demand service is finally available on Apple TV. This implies that Apple’s set-top box is officially supported by the final major UK TV broadcaster for the UK audience. But if you live outside the UK, you can not access Channel 4 player on your Apple TV.

Here’s how you can watch Channel 4 live on Apple TV:

All 4 offer a wide selection of drama series from the past and present, so whether you’re looking for an old favorite or want to try something new, they’ve got you covered.

Don’t miss our Channel 4 tv guide to the greatest ITV dramas and the best BBC dramas, since there are many options! 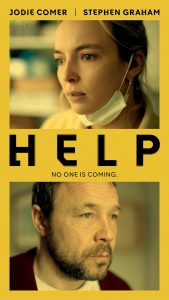 This critically regarded drama stars Jodie Comer and Stephen Graham. The plot of Help centers around Sarah (Comer), who works in a fictitious Liverpool care facility. She rapidly bonds with Tony (Stephen Graham), who has early-onset Alzheimer’s disease and is prone to spells of bewilderment and outbursts that the other staff finds challenging to manage. Sarah is doing well at work until the epidemic strikes, and she cannot cope. 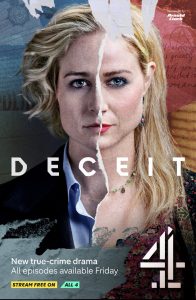 The four-part miniseries Deceit investigates Rachel Nickell’s death in 1992, which prompted Crimewatch viewers to name Colin Stagg, who frequently walked his dog on the Common, as a suspect. The Metropolitan Police created Operation Edzell, where a female undercover officer would develop an intimate connection with Colin Stagg and earn his trust without forensic proof. 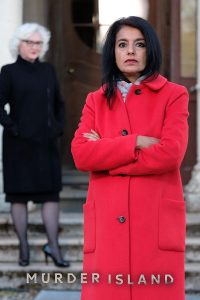 The murder investigation gets underway. A body has been uncovered. But this is no ordinary mystery; it is created by crime writer Ian Rankin, in which eight regular public members compete to find the murderer. 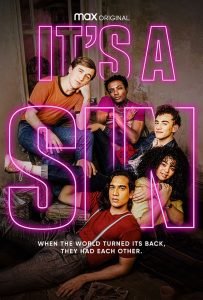 We follow a group of friends in their late teens and early twenties who travel to London in 1981 and have their lives turned upside down by HIV/AIDS in Russell T. Davies’ new drama. The series covers a decade and chronicles how the pandemic affects their life. 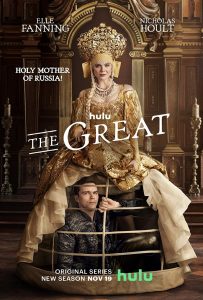 The Great is an American comedy-drama series inspired mainly by Catherine the Great’s ascent to power. It stars Elle Fanning as Catherine, and the series satirizes her ascension from outsider to Russia’s longest-reigning female queen. It is also about her marriage to Emperor Peter III.

It’s no surprise that many people worldwide are attempting to access Channel 4 – it has a tremendous variety of entertaining material, ranging from comedy to documentaries. However, because it is restricted worldwide, using a premium VPN like Ivacy VPN is the only way to access it outside the UK.

When is I Am Victoria on Channel 4?

I Am Victoria premieres on Channel 4 on Thursday, August 5 at 9 p.m. It will also be accessible on All 4 on-demand channels. 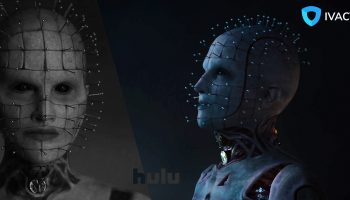