How to Watch Cars on the Road from Anywhere? 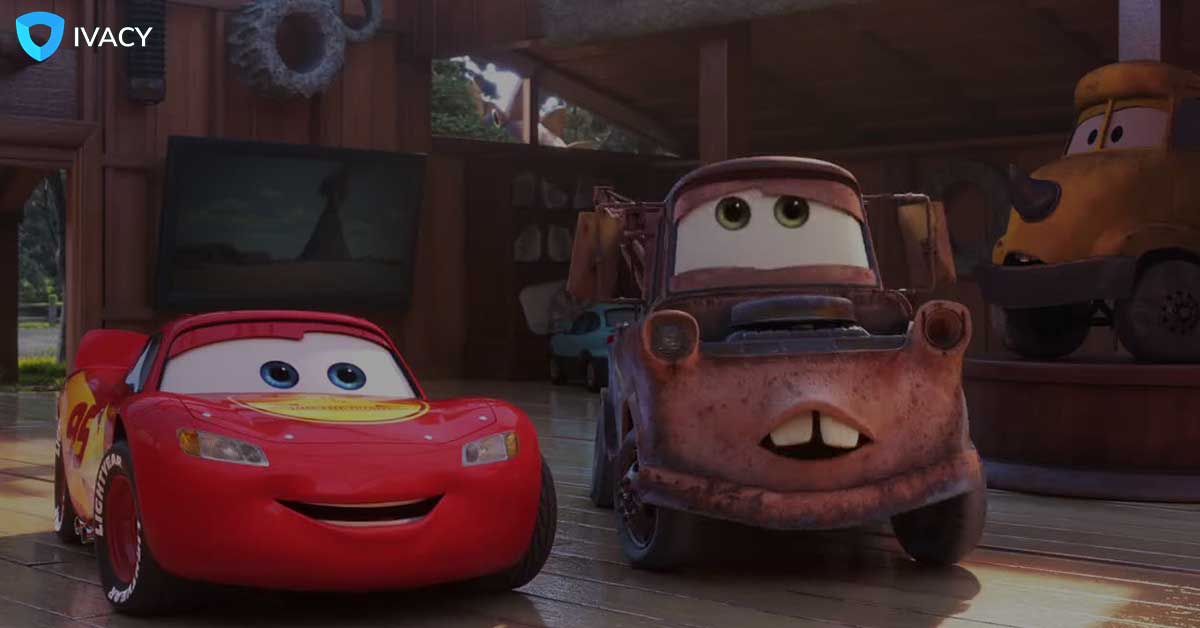 It’s time to revisit Radiator Springs for another series from the Cars franchise released on Disney Plus on 8th September 2022. All nine episodes are now available on Disney+ and have been gaining recognition from people of all ages.

Watch the Cars on the Road on Disney Plus as they embark on a cross-country adventure to attend Mater’s sister’s wedding, meet their old friends along the way, and come across numerous surprises.

So, what’s stopping you? Do you not have Disney+ available in your region? Well, that’s not an issue anymore; trust us when we say that you can easily watch Cars on the Road on Disney+ no matter where you are physically located. But before getting into the dynamics of that, let’s check out the trailer of the series first!

Cars on the Road Disney+: Trailer

The show’s trailer was released in August 2022, and it is pretty evident from the trailer that this show will be full of surprises and excitement as the cars travel across the United States. While heading to the wedding, the cars will stop at some of the most action-packed and unexpected locations. Based on the show’s trailer, Cars on the Road seems like a joyful and fun show to watch with these beloved Pixar characters.

Now that we’ve seen the show’s trailer let’s understand what the show will be about.

Cars on the Road Disney+: The Plot

Pack your luggage since we’re going cross-country. The narrative revolves around the Radiator Springs gang, who are gathering at Flo’s V8 Cafe when Mater announces that his sister’s wedding bells are ringing and he will be out of town to attend it. McQueen offers that he accompany them on their insane voyage. Along the route, they stop at several sites, such as the World’s Largest Lug Nut and a gigantic dinosaur constructed of car parts.

The journey would be incomplete until spectators joined them as they raced throughout the country, gaining new friends and clashing with foes. Cars on the Road will be an exhilarating, adrenaline-fueled adventure with enough unpredictability to keep us intrigued. You can’t top McQueen and Mater’s unique relationship and their crazy and exciting ideas.

The rest of the plot has not been unveiled yet, but viewers can readily imagine all the things that may happen (and go wrong) on a cross-country trip. The trailer gives us a hint, showing McQueen drifting through the desert and enticing Mater to a race.

Cars on the Road Disney+: Creators

The series was produced by Marc Sondheimer and written by Steve Purcell. And the episodes are directed by Purcell, Bobby Podesta, and Brian Fee (Cars 3 director) together. The creators have ensured the series’ continuity to make it more intriguing for the audience.

Do you want to watch all episodes of the Pixar Cars on the Road Disney Plus Series while traveling? Don’t worry; you can always rely on Ivacy VPN; we’ll talk about that later in the blog; stay tuned.

Cars on the Road Disney+: Cast

The show was released on Disney+ on 8th September 2022, and all nine episodes can be streamed in one go.

Here’s what people are saying after watching Cars on The Road on Disney+:

MAN, did I love it! pic.twitter.com/DLLJPQRGYO

#CarsOnTheRoad subverted any expectations I had for a Cars road trip story. It made me laugh out loud and reminded me how much I’ve loved and missed this world and the characters in it

Any Cars fan will enjoy this fast paced fun, and I reckon the casual folk will too pic.twitter.com/REngGKZyRF

What Age Group Is Cars on The Road For?

The movie references are unlikely to be understood by children, but Cars On The Road is appropriate for all ages.

Where Can You Stream Cars on the Road?

Cars On The Road will only be available on Disney+.

If you don’t already have Disney+, you can get a 7-day free trial when you sign up online or through the app. After this period, you’ll be required to begin a membership, which costs $7.99 per month or $79.99 for the entire year. Starting today, Disney+ Day, you can subscribe to Disney+ for $1.99 for your first month.

Disney+ is available only in North America, Latin America, Asia-Pacific, and Europe, so if you’re outside these regions for any reason, you’ll have to go through the long way to watch Cars on the Road on Disney+, i.e., get a VPN service!

How to Watch Cars on The Road 2022 on Disney Plus?

If Disney+ is available in your region, you can easily watch Cars on The Road by getting a Disney+ subscription using your credit or debit card. But if you are in a region where Disney+ is not yet available and want to watch Cars on the Road, you will have to follow the step-by-step instructions below:

Can you stream Cars on the Road without Disney+?

Unfortunately, there’s no way you can stream Cars on the Road without Disney+, as the show is only available on Disney+ for now. And downloading episodes using torrents or other means will result in copyright infringement. We recommend getting a free trial of Disney+ if you don’t already have a subscription to watch all nine episodes of the show within 7 days or using a VPN if Disney+ is unavailable in the region you live by following the steps mentioned above.

Cars on The Road is available to stream on Disney+ from 8th September 2022, and whoever has watched the show is praising it. Don’t waste more time; watch it before you get all the spoilers. However, if you’re traveling and can’t access Disney+, you can always take help Ivacy VPN’s help!

How Many Episodes Do Cars on the Road Have?

Cars on The Road has nine episodes now available to stream on Disney+.

What Shows Will Cars on The Road Remind You of?

Cars on the Road will remind you of the following related shows:

What car is Lightning McQueen?

Lightning McQueen is a stock race car based on Gen4 NASCAR cars, with design features from the Corvette C1 and Corvette C6.

What car is Sally?

Sally is a gorgeous baby blue Porsche who fell in love with Radiator Springs’ small-town existence. She owns the Cozy Cone, serves as the town attorney, and is passionate about protecting her favorite place to live. She enjoys taking the slow lane with Lightning McQueen.

Who is Lightning McQueen’s dad?

Doc Hudon, McQueen’s dad, was an automobile with few words but a lot of talent. He was not just the local judge but also Radiator Springs’ resident doctor.

Does Lightning McQueen have a kid?

What car is Jackson Storm?

Jackson Storm is referred to as the 2017 Custom-built “Next-Gen” Piston Cup Racer in the film. In reality, he resembles the Cadillac Cien supercar concept from 2002.

Tags : watch The Cars on The Road Disney+
previous article
UTorrent VPN | Get A Safe Torrent IP with Ivacy VPN
next article
How to Setup VPN for PS3, PS4 and PS5 – Enhance your gaming experience with PlayStation VPN
you might also like