Fans around the world are jubilant over the arrival of 2019 ICC Cricket World Cup. The cricket world cup takes place every fours year and after 2015, the event is set to be contested in England and Wales.

The Big Three – England, Australia, and India are all part of the event. England is the home team and is favorites and so is India. Australia, on the other hand, is reigning and defending champions.

To be able to watch cricket world cup live stream, you will have to use a decent VPN like Ivacy in order to bypass geo-restrictions. Sony Liv India is the go-to channel for watching cricket World Cup live stream.

Fans can catch the action as it unfolds on Sony Liv, however, the channel is geo-restricted outside India. Therefore, you will need to bypass restriction with the help of a VPN.

Here’s what you can do:

Simply connect to the server in India or select Sony Liv under the purpose selection tab and enjoy cricket world cup live streaming. Now that you know how you can watch World Cup 2019 live stream, it is time to take a trip down the memory lane.

How to Watch Cricket World Cup in the UK

In the UK you can tune into the action via Sky Sports subscription. Users can also watch it on the SkyGo app. If you don’t have Sky, NOW  TV is a good alternative. You can watch content on NOW TV from your computer or through its app available on smart TVs, phones and consoles. You can also stream matches in the following way:

How to Watch Cricket World Cup Live Stream in the USA

In the US, official rights to broadcast ICC (International Cricket Council) Cricket World Cup 2019 are with Willow TV. For digital clips from the matches, you can find them on Cricbuzz in the USA. For streaming matches follow these simple steps:

How to Watch Cricket World Cup in Canada

In Canada, Willow TV will broadcast all the matches from the event. You can watch live streaming of the cricket World Cup on Sony Liv. Here’s how:

How to Watch Cricket World Cup in Australia

In Australia, both Channel 9 and Fox Sports Australia are scheduled to broadcast matches live from the World Cup. Meanwhile, you can stream your favorite matches via Sony Liv:

A VPN or the virtual private network is intended as a tool to mask your IP address online. By anonymizing your IP, you become invisible to anyone who might be watching. In the case of geo-restricted content, Sony Liv will not be able to tell if you are located in the UK or US as long as you are connected to an Indian server.

Furthermore, not only can you bypass restricted content but anonymity promises you greater speeds when streaming without any lags or stuttering. Why? Because your ISP is not able to throttle speed anymore since they can’t track your presence online anymore. Additionally, your interests are safeguarded over the internet from potential hacking attempts and other cyber threats.

The first ever World Cup was held in 1975 and was hosted by none other than England. At the time only eight teams participated namely; Australia, England, New Zealand, Pakistan, and the West Indies (Test nations).

South Africa was banned due to apartheid. Sri Lanka and a team composed of Kenya, Uganda, Tanzania, and Zambia, called East Africa was the remaining two participants. In the both 1979 and 1983, England hosted the World Cup event until 1987, when the arch-rivals India and Pakistan co-hosted the event.

This time around, the game went from 60 overs per innings to 50 and till date, is the standard for playing one-day international (ODI) cricket. With the advent of the 1992 World Cup, things changed such as colored clothing, white balls, day/night matches, and fielding restrictions were introduced.

What stood out was the hazy start by Pakistan at the beginning of the tournament, but they went on and defeated England by 22 runs in the final to become the World Cup champions. 1996 World Cup was held in the Indian sub-continent but this time, including Sri Lanka as the host nation. And guess what? It was Sri Lanka that took the prize home.

From 1999 to 2007, it was the era of Australian dominance. They had won the Cup previously, back in ’87 but this was different. It was as if the World Cup had been destined to stay with the Aussies. Three World Cup tournaments (1999-2003-2007) and one victor; Australia!

Fans and the cricketing world thought at the time thought nothing could bring down Australia to its knees. But all that changed in 2011 World Cup when India finally lifted the mantle of Champions by breaking the Australian hegemony of eight long years. The hosts were the winner.

It was hosted by the sub-continent nations: India, Sri Lanka and this time Bangladesh. Pakistan was stripped of its rights due to an incident where terrorists opened fire on the Sri Lankan cricket team in the year 2009.

In 2015, Australia and New Zealand co-hosted the event. Australia came out on top totaling their World Cup wins to five. So you see, the cricket World Cup is action-packed and it would be a shame if you were to miss out on these exciting matches. Worry not, the solution is within grasp.

What to Expect from 2019 Cricket World Cup Live Stream?

So the 12th edition of the famous cricket World Cup is already underway. The first match will take place in The Oval and the final will be played at Lord’s – world-renowned cricket stadiums. There will be a group consisting of 10 teams. The top four teams at the end will battle in the semi-finals.

This makes it the first World Cup which is not entirely made up of Test-playing nations.

In early 2019, when Pulwama attack severed the ties between the two arch-rivals India and Pakistan, the BCCI (Board of Control for Cricket India) which is pretty much the authority in the cricketing world, as well as former Indian stars, called for a boycott of their match with Pakistan in the World Cup.  Has even asked to ban Pakistani team from the World Cup.

With the intervention of ICC which rejected BCCI’s plea for a ban on Pakistani team and the press meet held in Dubai, tensions over the proposed clash of the two nations have now subsidized and the match will take place as per the schedule. The match between India and Pakistan is always the most exciting – it’s war!

Following teams have qualified for the event:

The list of matches can be found here. At the time of writing this, warm-up matches have already concluded. Where to buy tickets? Well, tickets went on sale back in March and can still be bought from cricket World Cup’s official website.

Easily the favorites are England. They have the home team advantage plus, Eoin Morgan and the men have been performing well over these past few years. Call it a series of unfortunate events but England, in the past, reached three of the first five finals and has yet to win the World Cup

It is hoped that the 44-year old curse might come to an end this summer with England bagging a World Cup win. Although, a mighty Indian team awaits them in the form of the genius that is Virat Kohli and the skills/ experience amassed by the Indian cricketers having played years of IPL (India Premier League).

Australia is seemingly back in form as well after the return of their two principal players: Steve Smith and David Warner.

What CAN happen is anybody’s guess at this point. Only time will tell if England can beat the 44 years of pain.

To watch live cricket online from anywhere in the world, use Ivacy for accessing banned content. Cricket is enjoyed by millions around the globe so don’t let restrictions get in the way of pure action! Stream your favorite matches by defeating ISP throttling and by staying secure and anonymous online.

previous article
How is the NSA Spying on You?
next article
Ivacy Partners with BEAM – The Future of Cryptocurrency
you might also like 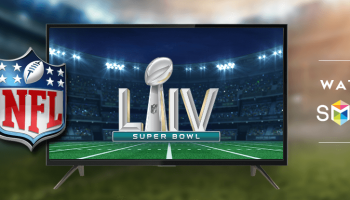 How to Watch Super Bowl on Smart TV without Cable 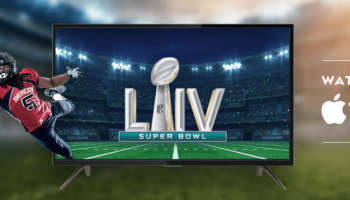 How to Watch Super Bowl on Apple TV, iPhone and iPad 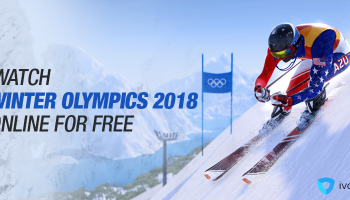 How to Watch Winter Olympics on Apple TV

How to Watch Winter Olympics on Android 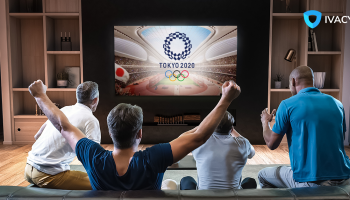 How to Watch Olympics on Smart TV [Updated 2020]