Get Deal Now
We use cookies to give you the best user experience. I agree Find out more

It is that part of the year where ghosts and spirits are looming at large in our neighborhoods. Movie buffs will treat themselves to the best Halloween horror movies 2018, whereas elders believe that souls of their loved ones will visit them during that night, while they have supper and decorate their lawn with lanterns. To children, it is a fun activity where they get to dress up in horror costumes, play pranks or gather candy.

This article is mostly about what are some of the best horror movies to watch on Halloween that you can watch on different channels including Netflix and which ones to add to your wishlist on IMDb, and less about what Halloween is. We will keep that for another day.

Torrents are illegal and have the potential of getting you in hot water with the authorities. Use Ivacy and practice torrenting securely.

So without further ado, let’s celebrate the Halloween spirit (pun totally intended), with the following set of movies.

Be it, the creepy spider walk scene or the absolutely horrifying elevated in the air scene or even that unprecedented moment in the cinematic history where she masturbated with a crucifix, The Exorcist changed the way, people perceived the horror genre and turned it into much more than a mere giggle, as people began to take it more seriously than before.

The Exorcist remains one of the highest-grossing horror movies ever and as the name suggests, it’s focused on the exorcism of a young girl. With a relatively unknown cast, the movie’s makers were able to create a masterpiece that is bound to give you the chills on Halloween, even today.

Upon The Exorcist’s release, there were reports of nausea and vomiting in the cinema halls, miscarriages of pregnant women who went to watch it, theatre washrooms full of audience vomit – a situation that led t psychiatrists documenting the cases as “cinematic neurosis”. The situation became so dire that, theatres had to arrange ambulances on standby, to deal with the emergencies arising out of the movie’s screening. The Exorcist is definitely a must-watch and maintains its status as the topmost evergreen horror flick, you must watch this Halloween.

“Am not going to hurt you i just want to smash your brains in” – uttered by the protagonist – Jack Nicholson, it stands to be perhaps one of the most famous dialogues in the cinematic history.

Directed by the late Stanley Kubrick, The Shinning is a Stephen King adaptation and is also one of the greatest horror flicks of all time. Jack Nicholson plays the lead – an aspiring writer and a family man who is plagued by the writer’s block, and begins a new job as a caretaker at the secluded Overlook Hotel in Colorado in hopes that he might overcome the writer’s block and that his writing career will flourish after all. But, since he gets nowhere with his writing, he begins hallucinating and the dark past of the hotel begins to take a toll on his mental health.

Once he begins his descent into madness driven by the spirits therein and his persistent writer’s block, he slowly transforms into a maniac posing a threat to his own family and who not only terrorizes them and even ends up killing one of the custodians.

The Shinning remains as Jack Nicholson’s career-best performance, with his character regarded as one of the best villains and “The Shinning” included in many best of all time, movie lists presenting a menacing horror-thriller that you cannot afford to pass up!

“I see dead people”, is the line which became famous due to this flick. It was the year 1999, and the genius behind, M. Night Shyamalan introduced to the public this kid (Haley Joel Osment) who can see the ghosts of dead people.

Bruce Willis comes to the aid of this child to help him develop a coping mechanism against this “gift” that he has. The storytelling is one to marvel at and you can see Shyamalan at his absolute best during the Sixth Sense. He wasn’t that lucky with his films afterward, but nevertheless, the Sixth Sense established him as a force to be reckoned with in Hollywood.

The movie was nominated for 4 Oscars, and for a first-timer, it is sure to give you the chills of a lifetime. In a nutshell, it is a tense drama with an adequate amount of jump scares. We believe it is one of the best horror movies that you can watch with your friends this Halloween.

Here we discuss some of the best contemporary Halloween horror movies, that are currently streaming on Netflix.

The Witch came out of nowhere and took audiences by surprise. The lead Anya Taylor-Joy gives a tour de performance in her first feature-length film. The film is more about the troubles of an honest and hardworking family in 1630 New England.

Their youngest son suddenly disappears and from that point forward the horror sets in. The family is in despair and paranoia engulfs them even suspecting their eldest daughter of Thomasin (played by AT-J) of witchcraft. Not to venture into any spoilers here, but the film is a perfect blend of horror, twists and acting prowess by everyone involved. Keep this movie in your Haloween Horror movie watchlist!

The Conjuring is perhaps one of the widely acclaimed horror movies of all time. Helmed by the master James Wan and a stellar cast of Patrick Wilson and Vera Farmiga as Warrens, these films have redefined the horror genre as we know it.

Loosely based on the real-life Ed and Lorraine Warren ghost stories, films follow families haunted by MEAN evil spirits that want nothing but to cause death and mayhem. We see Ed and Lorraine battling these spirits during these films and in the process learn to care more about one another.

Their lives, those they love and the ones they are tasked with protecting by the Church, all hang in the balance. The Conjuring quickly garnered praises from horror fans and critics alike. It spanned a Conjuring verse where we have spin-offs of notable characters from the films such as Annabelle, Annabelle Creation and the recent, The Nun.

It Follows follows a simple premise that most filmmakers overlook. The ghost or the entity we find here is unkillable and happens to be a “Sexually Transmitted Monster”. Excited? Enticed yet? When you come to think of it, the concept is quite rare.

The STM is out to get the girl and kill her. The true horror lies in the fact that the monster cannot be seen. No one has ever seen it, none of the victims before her. The monster can take any human shape and the only way you can get it off your back is by sexually transmitting it to someone else.

Crazy right? Well, now it’s streaming on Netflix. This flick could’ve easily gone into the Best Halloween horror movies IMDB list, but the execution lacked that finesse. But all in all, it’s a spine-tingling horror movie.

This movie is mind-fudge. Not everyone has the stomach to watch Raw. Raw tells a story of a teenager, Justine who is in the first year of her vet school and develops an insatiable thirst for human flesh. A vegetarian who apparently develops the liking for meat after a hazing ritual goes haywire. It’s nightmarish, to say the least, but yet keeps you hooked till the very end.

Streaming content illegally can get you a DMCA notice. Be wise and employ Ivacy VPN to stream anonymously

While all of the above movies capture the true essence of best Halloween horror movies in the years leading up to 2019, here are some that deserve a special mention:

8. Interview With a Vampire

This adaptation of Ann Rice’s book of the same name, by director Neil Jordan has aged like wine. You have Brad Pitt as a vampire named Louis from the 18th century, who narrates his story as to how he met Tom Cruise’s character, Lestat, during his time who bought him this life of immortality. We also meet young Kirsten Dunst who is turned by Louis – a decision which he’s seen haunted by throughout the film.

IWAV is a tale that’s both violent and equally depressing at the same time.

9. As Above So Below

Filmed in a handheld camera style, this 2014 horror film is gripping while the shaky-cam adds to the intensity of it. The story is of a girl Scarlett – a young alchemy scholar who is in pursuit of Flamel’s Philosopher’s Stone and for that she travels to underground Paris catacombs along with her team but what they face instead is otherworldly.

An edge of the seat horror-thriller. If you liked the Blair Witch Project, you are sure to enjoy As Above So Below or shall we say is your cup of tea.

Another Stephen King adaptation and a Netflix Original. It’s more of a psychological thriller which briefly brushes a couple of horror troupes. To spark their love life, a couple played by Carla Gugino and Bruce Greenwood, travel to a remote location. The husband ties the wife to the bed to get things in motion but dies due to cardiac arrest.

The film sees Carla Gugino’s character struggling with hallucinations, dehydration, and fear of imminent danger in that isolated place as she cannot even scream for help. It’s a survival story at its core, bundled with scary bits beautifully spread in the film’s entire runtime.

To Wrap It Up – Are You Ready For Some Halloween Binge-watching?

For most people, it is an event full of discounts, fun, and games and to watch the best Halloween horror movies. The list of titles above is not in any way exhaustive, so make sure to let us know in the comments below if we are missing out on some of the great ones.

However, a word of caution! Streaming or torrenting illegally is punishable by law and it is imperative that you stay safe when while online. Do not let government agencies or ISPs spy on your online activities. Go anonymous and bid farewell to speed throttling, for good!

previous article
Watch iPlayer Abroad Outside UK With BBC iPlayer VPN | Ivacy
next article
Do Not Risk It! Backup And Encrypt Your Data Efficiently
you might also like

How to Setup PS4 VPN, PS3, and PS5 – Enhance your gaming experience with PlayStation VPN 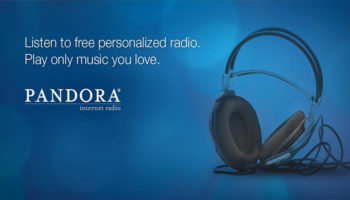 Unblock Pandora Abroad or Outside US With a Pandora VPN? [Updated 2020] 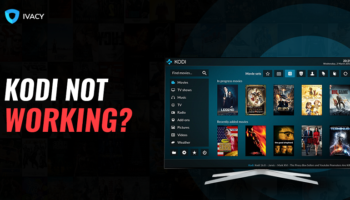 Is Your Kodi Not Working? Here Is How You Can Fix Common Kodi Related Issues 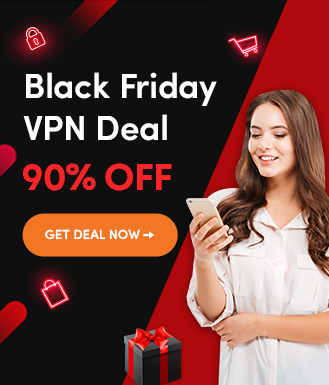