It’s our favorite time of the year. The spirit of Christmas and Holidays is right here. And once all the shopping, vacation planning, decoration, and dinner preparations have been taken care of and when it’s about time to just sit back, relax and enjoy the Christmas Eve, there’s nothing better than to stream some wonderful Holiday movies with your family to enjoy the eve as well as to relive good ol’ times.

Scroll below to see our list of 20 best Amazon Prime Christmas movies.

Now, without making you wait any further, here are our top 20 Amazon Prime Christmas movies.

20.  The Man Who Invented Christmas

If you don’t know the background to this tale, this is the best time of the year to know of it and if you do, that’s even better because you’ll truly be able to live it with this movie. The story recalls how Charles Dickens (Dan Stevens), Author of A Christmas Carol, was able to take inspirations from his real-life endeavors as well as his imaginations to tell the masterfully crafted story of Ebenezer Scrooge (Christopher Plummer) that is still so relevant after more than a century and a half.

One of the best Amazon Prime Christmas movies, the Night Before is a Christmas comedy about three best friends Ethan, Isaac, and Chris played by Joseph Gordon-Levitt, Seth Rogen, and Anthony Mackie respectively. Each time they meet on the Eve, they make sure they stop at nothing to have a blast. But now that they’re knocking the doors of adulthood, all that has got to go, but if it has to, why not go with a bang!

Jack Frost is about a Blues Player (Michael Keaton) that’s always on the move and thus, has little time for his loved ones. As the story progresses, the guy faces an untimely demise and then somehow comes back to life to make up for the lost moments with his family. It’s kind of like a Christmas Carol in a way but then again, not quite. Like every other movie, if you have the subscription, you can enjoy this Christmas movie on Amazon Prime free.

So many good memories with this movie. If you’ve seen it before, you’ll get why it has made it to the list of Amazon Prime Christmas movies. The story follows the quest a father (Arnold Schwarzenegger) trying to get the perfect gift for his son for the Christmas. Unfortunately for him, things aren’t that simple as the fate would have it. This story is all about giving and the spirit of Christmas.

One of the final movies of Late Robin Williamson. Boyd (Joel McHale) must face all odds and the harsh climatic conditions to retrieve his son’s gift with his old man. This movie is full of ups and downs and focuses on the bond between a dad and his son on Christmas’ Eve. If you’re here searching for Christmas movies on Amazon Prime for December 2018, give this Robin William flick a chance.

Legendary Jimmy Durante takes on the role of Frosty the snowman in the movie of the same title. The movie has been delighting kids and adults alike with its melodic sing-alongs and animation that has only aged like fine wine. Christmas films on amazon prime 2018 don’t have to be recent and this animated classic is a proof.

Kate Winslet plays a Brit lady who meets an online girl (played by Cameron Diaz) willing to exchange her house for the Holiday season. When they do switch their homes, they find themselves in quite a few unexpected turns of events. Amanda (Diaz) falls for an incredibly handsome Englishman (Law) while Kate couldn’t control her feelings around the upbeat Jack Black. With just a few days remaining before they head back to their original places, they must battle with time for the newfound love and happiness.

This sequel is our personal favorite among some of the best Amazon Prime Christmas movies. This Griswolds sequel is about the Holiday plans going awry. Being the third in the “National Lampoon” series, this movie follows the struggle of Griswolds to keep the spirit of Christmas Alive while dealing with their unwanted in-laws and in-laws.

It’s no surprise this British classic made it into our list of Christmas movies on Amazon Prime. If you’ve seen this movie before, this is the time of the year you can give it another go. A love story at its core, Love Actually fittingly throws in Holiday Season to the mix as it gracefully deals with the lives of more than a dozen individuals seeking love. Originally being rated 63% fresh on Rotten Tomatoes, this movie has obtained the status of a cult classic.

11. I Want a Dog For Christmas

I Want a Dog For Christmas may not be as mesmerizing as A Charlie Brown Christmas but it still manages to captivate our hearts throughout its run and this is why it’s still one of the best Christmas Films on Amazon Prime in 2018.

When the younger brother of Linus and Lucy, ReRun expresses his wish for a pet dog of his own, he is met by quite a few obstacles including his parents refusing him his wish and Charlie demanding ten-million-dollars price for Snoopy. Seems like the only way for ReRun to have his wishes is to adopt Spike, Snoopy’s own sibling, who’s come to visit his brother. That is where things start to get, interesting…

If we’re talking about the best Christmas movies on Amazon Prime, this one had to make the cut. This movie has a rating of 100 on Rotten Tomatoes so miss it at your own risk. This musical is about this guy Jim (played by Bing Crosby) and Lila, two members of a performing trio planning on running a country hotel. The plot thickens when Lila confesses his love for another dancer, Ted (played by Fred Astaire). A heartbroken Jim goes through a series of events falling for another girl, Linda. But that’s where the fun begins.

An all-time classic that’s now part of our list of Amazon Prime Christmas movies. War Hero Dennis Morgans is promised a Christmas Dinner in Barbara Stanwyc’s house. The thing is, he’s been told not one lie, but two. Not only does she not have a home, her and cooking skills just don’t mix.

8. A Nightmare Before Christmas

A Nightmare Before Christmas follows the story of Jack Skellington, the king of Halloween who’s now bored with frightening people and wants to explore other worlds. When he does stumble upon Christmastown, he gets blown away by it and decides to become the King of that town too by taking over the mantle of Santa Claus. You’ll have to watch the whole thing to understand why this Tim Burton classic has made it to the eighth position of Amazon Prime Christmas movies.

7. How The Grinch Stole Christmas

Spiteful, jealous and grumpy Grinch is a hermit who lives a lonely, miserable life with his dog and can’t stand the thought of nearby village and its kids having a cheerful, happy and a merry Christmas. So he plans on plans on sharing some of his misery by masquerading as the Santa and stealing everything Christmas. This list of Amazon Prime Christmas movies could never have been complete without How The Grinch Stole Christmas.

Christmas Tales tells multiple stories from the perspective of the concerned PEANUTS character. If you are looking for something other than A Charlie Brown Christmas, this should be your go-to movie. Definitely one of the must-watch Amazon Prime Christmas movies (or rather shorts) out there.

On the fifth position of our Amazon Prime Christmas movies is Miracle on the 34th Street. Kris Kringle (Edmund Gwenn) replaces the guy playing Santa because he’s too intoxicated for the role. Exceeding the expectations of everyone, Kris starts getting featured regularly down at the main store in Manhattan. That is when Kris claims he’s the real deal which raises questions on his legitimacy and his sanity.

A romantic musical comedy at its heart, this classic focuses on the story of four sisters one of which happen to be the all-favorite Judy Garland. The plot is set in 1904 and tells the journeys of the sisters in courtesy, life in general and especially, love. Fitting of the fourth spot in Amazon Prime Christmas movies.

From the above two Charlie Brown entries, it should have become clearer that this classic is going to pop up somewhere down the list (or rather up the list of Amazon Prime Christmas movies). Christmas is right here and everyone is cheerful and happy, everyone except Charlie Brown who is still feeling down and eventually takes on Lucy’s advice to direct the Christmas play hoping to find the spirit of Christmas in the process but even that fails. One of the final elements for the play is to put a tree as the centerpiece and that’s where Charlie, against everyone’s will, brings in a small, weak tree.

A Charlie Brown Christmas rightfully takes the first place among our list of Animated Christmas movies on Amazon Prime taking lead from the likes of A Nightmare Before Christmas, How The Grinch Stole Christmas and Frosty The Snowman.

A Christmas Story is one of the best Christmas movies on Amazon Prime if not the best. This Holiday comedy deals with the story of Ralphie Parker (portrayed by Peter Billingsley) chasing a perfect Christmas gift “Red Ryder air rifle” and his struggle of dealing with a bully (played by Zack Ward.) Making things worse for him is his dad (Darren McGavin) Will Ralphie be able to have his wish fulfilled?

If you’ve made it this far, this is your answer to the question, “what is the best Christmas movie on Amazon Prime?” Full of hopes and motivational message, this movie discusses the life of a broken and depressed George Bailey (James Stewart) wants to commit the ultimate irony of all, end his life on a Christmas. And just when he is about to do it, he stumbles upon and rescues his guardian angel Clarence who shows him what his town would’ve been if he hadn’t been there.

And then ends our list of Amazon Prime Christmas movies of 2018. Please let us know what you think of those movies in the comments section below. If you’re interested in unblocking and accessing Amazon Prime US from anywhere, grab Ivacy’s Christmas deal today. 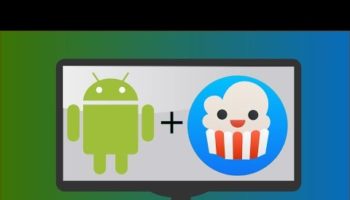 How To Install Popcorn Time On Android 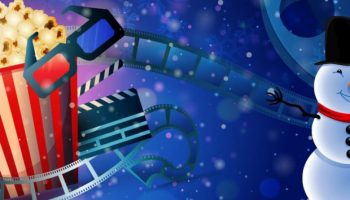 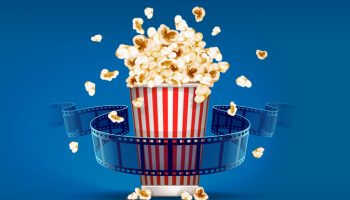 16 Popcorn Time alternatives for your devices, you must check out! 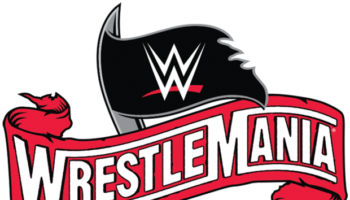 How to watch WWE on Kodi FREE | WrestleMania 36 on kodi